Yesterday, we took a look at the upcoming BMW X5, which was caught testing out in the open. While camouflaged, we were able to learn a bit about its exterior styling and see some of its new design cues. Now, another X5 test mule has been spotted but this time it’s a far more interesting model. This BMW X5 M spotted here wearing some heavy camouflage is the high-performance, monster version of the standard X5. And it looks very angry.

Seen here, this BMW X5 M test mule is mostly covered in camouflage, so we can’t learn as much from it as we did the regular one yesterday. However, we can see that it seriously more aggressive. Even with camo, we can see that it’s significantly lower than the standard car and it’s riding on large, fat Michelin winter tires. It has 295-section tires at the front, which is a massive front tire. We can’t read the rears well enough to see what size tire they have but we expect them to be even bigger, around 315-section.

It also has massive front air intakes and massive brakes. So you know immediately that this is a serious performance version of the X5. But if you had any doubt as to whether or not this was an X5 M or just an M Performance X5, such as an X5 M50i, just take a look at the back. Four exhaust pipes indicate that this is, indeed, a proper M Division variant of the X5. 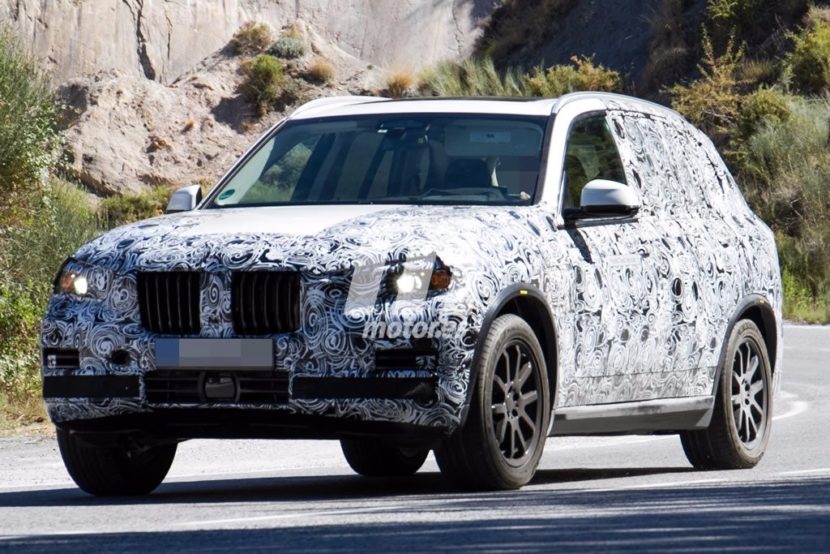 Powering this monster SUV will likely be the same 4.4 liter twin-turbocharged V8 engine that you’ll find in the brand-new F90-gen BMW M5. That means 600 hp and 553 lb-ft of torque. That engine will mate to an eight-speed automatic gearbox and all-wheel drive. What’s yet to be known is whether or not the M Division will give its SUVs the same xDrive all-wheel drive system as the M5, which allows the driver to switch it into a rear-wheel drive mode.

While a rear-drive, 600 hp SUV might not make much logical sense, it does make a lot of illogical, irrational sense, as it would be hilarious to smoke the rear tires to bits in an X5. Plus, if you’re just puttering around town in dry weather, it might make sense to turn the front axle off, so as to get better fuel economy. See, rational thinking.