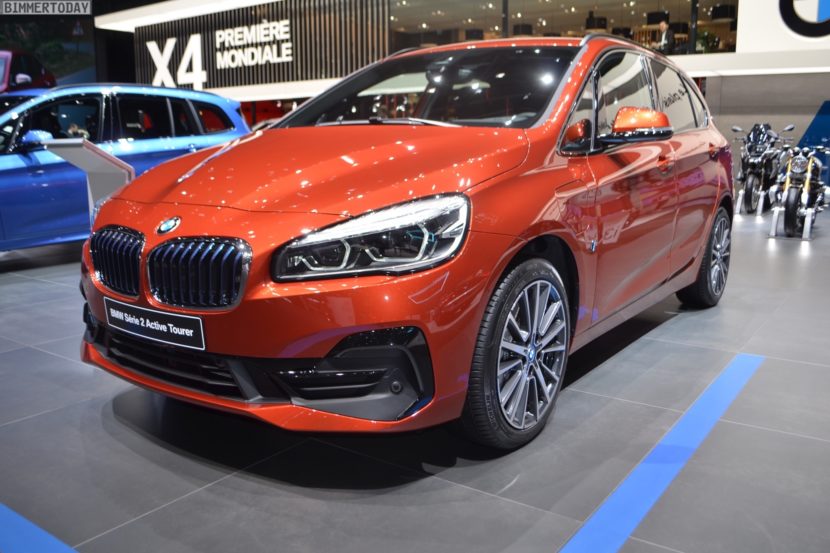 The BMW 2 Series Active Tourer facelift makes its debut at the 2018 Geneva Motor Show in the shadow of the great BMW premieres. The compact van based on the BMW UKL architecture for vehicles with front-wheel drive has undoubtedly very successful in Germany where is one of the absolute bestsellers of the brand.

The other important markets for the 2 Series Active Tourer are China and the United Kingdom, where many customers are attracted to the utility of the front-wheel drive van. 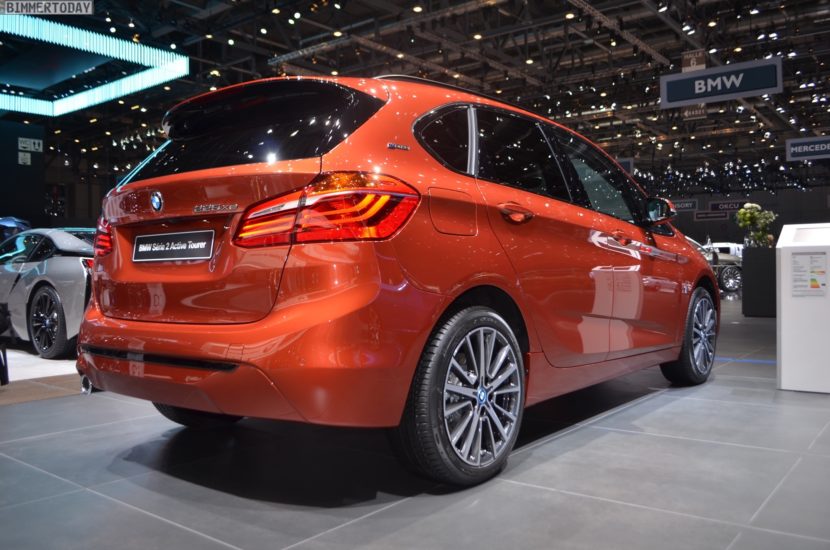 For the world premiere, the refreshed BMW 2 Series Active Tourer presents itself as a 225xe iPerformance with a plug-in hybrid drive. The Sunset Orange livery, which was added to the Active Tourer’s color program, is combined with hybrid-specific details such as the blue kidney struts and blue BMW logo on the wheels. The 18-inch alloy wheels in Style 512 are also available for all other drives. 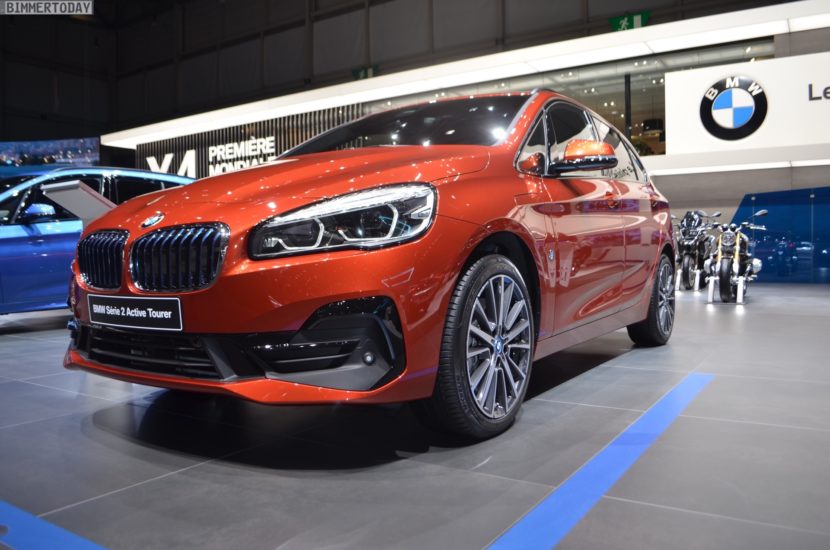 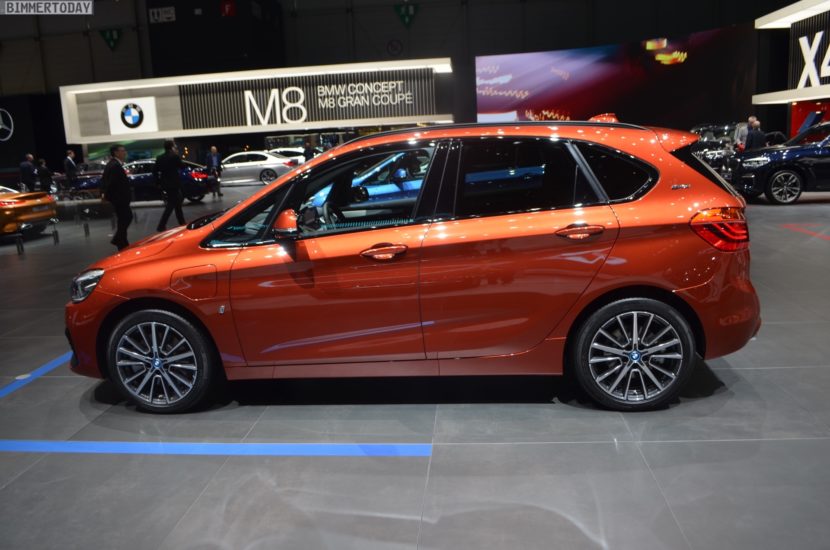 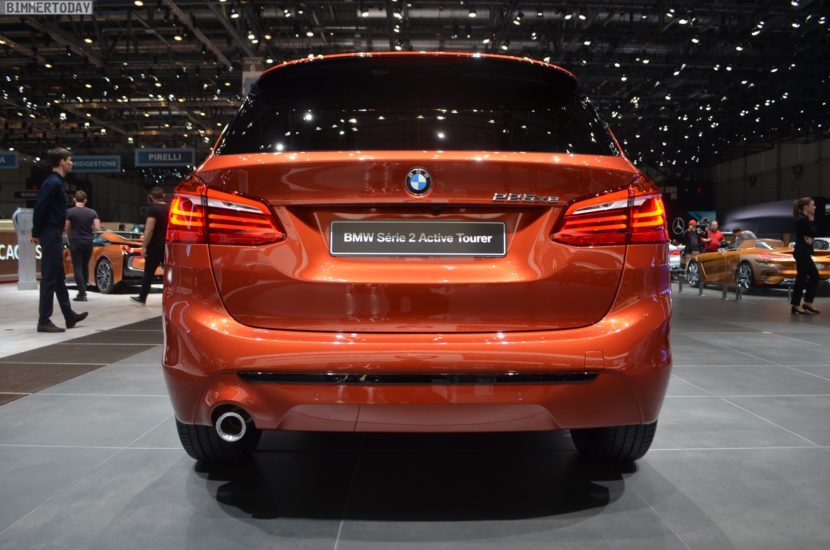 Just like the other variants, the BMW 225xe iPerformance with the facelift gets slightly larger kidneys, redesigned aprons on the front and rear, as well as an extended range of functions for the adaptive LED headlights. The LED fog lights in the front apron have been adapted to new shapes and look more modern than before.

In the interior, the BMW 2 Series Active Tourer will receive a new instrument display in Black Panel design, a new automatic transmission selector lever and, of course, the latest iDrive version with live tiles in the main menu. New upholstery options for the seats round off the gentle interior refinement. 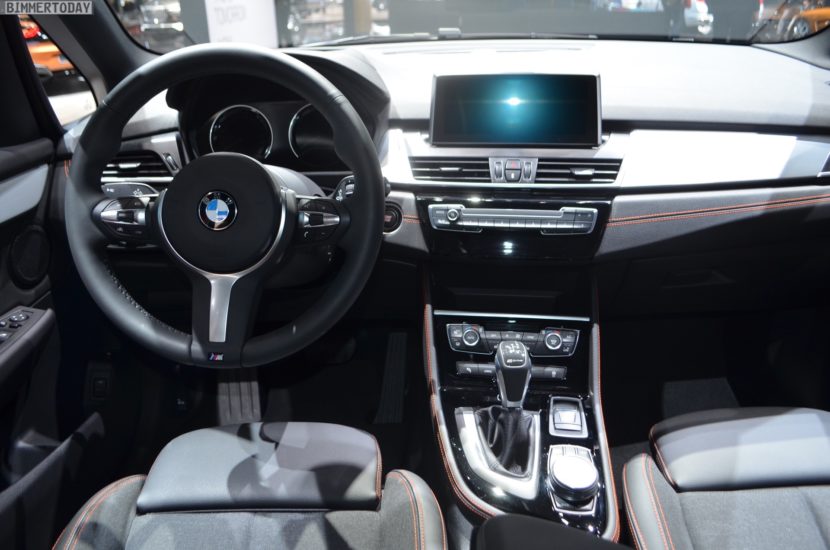 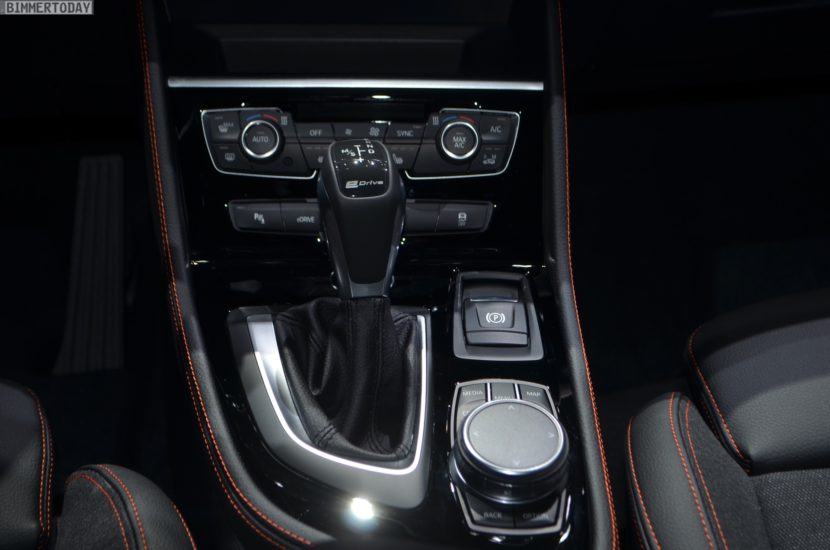 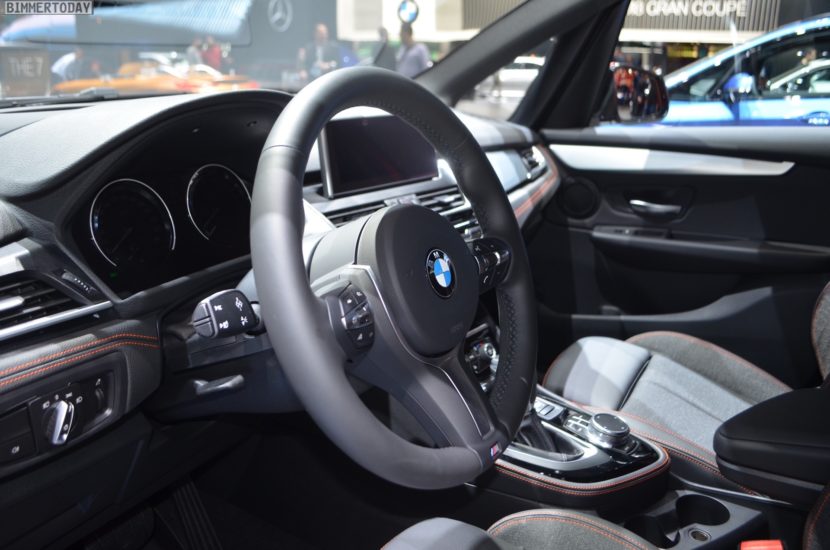 As a plug-in hybrid BMW 225xe iPerformance, the Active Tourer is powered by two engines: A turbo three-cylinder engine sits under the bonnet, and an electric motor is additionally installed on the rear axle. Both engines together provide a system performance of 224. Up to 45 kilometers are possible purely electrically and therefore without local emissions.