While we’re patiently waiting to drive the new BMW X4 in its two M Performance guises, but the BMW X3 M40i is already here and causing quite a ruckus in the automotive world. The utilitarian alternative to the X4 is just as capable on the road and offers more room in the back at the same time. At least that’s what we’re expecting, since the two share most of their underpinnings. Until we get to drive them back to back we can’t be sure but judging by the video below, chances are we’ll be blown away by the performance. 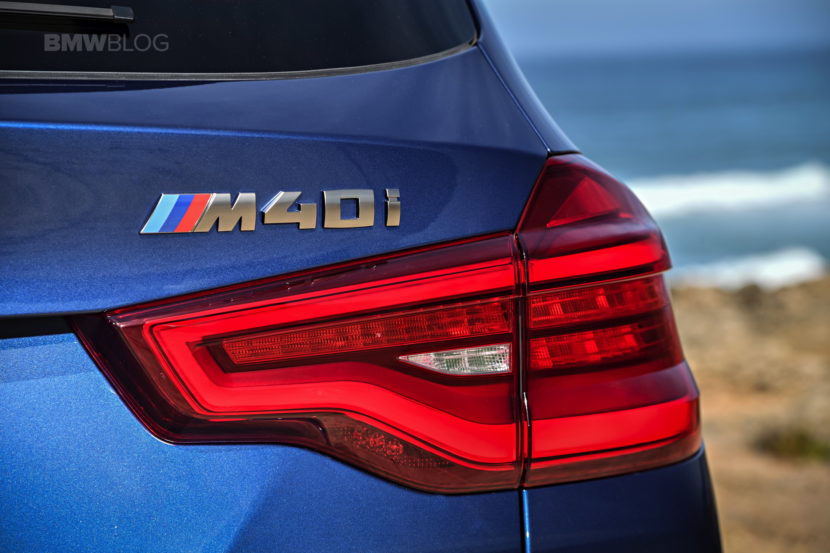 And yet, this is just the M Performance mode, a step behind the full-on M model. The BMW X3 M is in the works and it will be taking things to a whole new level with even more power and torque than the M40i version. But the magic of a BMW doesn’t rely solely on the power side of things but also on the weight and dynamics it brings to the table and the X3 has its work cut out for it.

Getting back to the X3 M40i model in the video below, it uses a B58 3-liter straight six engine developing 360 HP and 500 Nm (369 lb-ft) of torque and that’s proving to be more than enough to propel it to triple speed digits in no time. Having an unrestricted Autobahn nearby helps out a lot too, as otherwise you’d only get to enjoy the car for about 4.8 seconds, which is how long it takes it to reach 62 mph.

Going over that might turn you into a pedestrian in most of the US states and that’s why Germany still holds a dear place in any gearhead’s heart. As we can see from the video below, speeds over 120 mph are rather easily achieved and the X3 M40i pulls hard up to its electronically limited top speed of 155 mph.