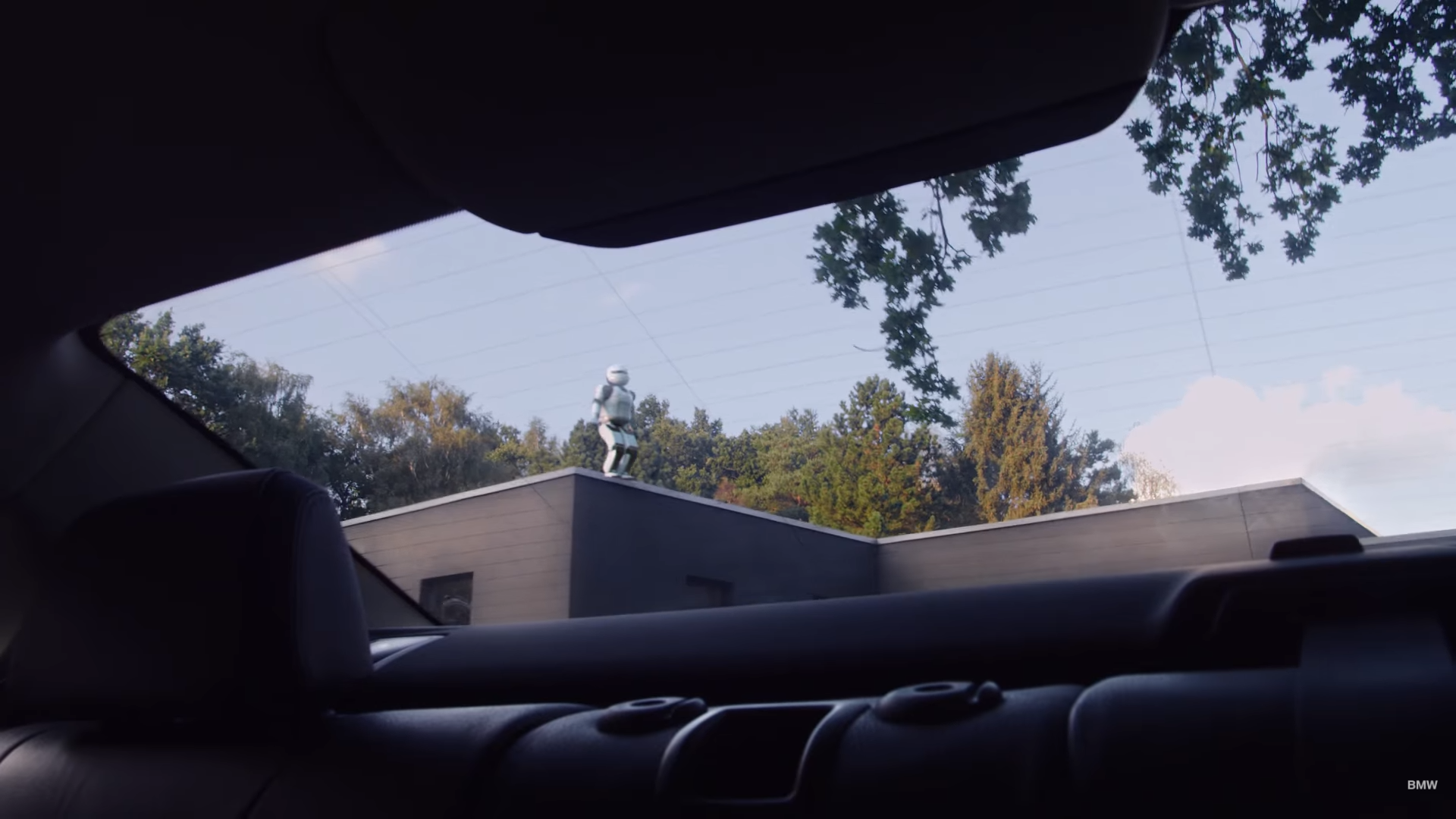 Autonomous cars are the future. The world of autonomy is the next big venture for automakers and the technology is getting better and better, with more luxury cars being available with semi-autonomous driver aids. These aids are allowing drivers to do a bit of hands-off driving under certain circumstances and it’s really quite impressive. So impressive, in fact, that these sorts of technologies are becoming the envy of other machines, to the point where other machines are becoming depressed. At least that’s what BMW is saying in this latest video.

Obviously, machines don’t actually have emotions (at least not yet, they don’t. I’m watching you, Skynet). However, this funny new video from BMW suggest that its semi-autonomous driver aids are so good that owners’ other machines are going to kill themselves.

For instance, this owner’s Roomba-style robotic vacuum cleaner intentionally bumps into a table enough to make a glass of water spill on it, thus ending its life. His robotic lawn mower also drives itself into the pool, zapping it. The last one is almost kind of sad, as his personal robot buddy jumps off his house as he drives away. It’s actually sort of sad to watch but that’s what makes it funny. At the end, the screen reads “Smart Home? Smarter Car.” It’s a clever ad that not only shows us how autonomous our appliances are going to be in the future but does so in a way that makes us laugh.

To be honest, BMW’s driver aids aren’t exactly fully autonomous. They still require driver input every so often to remind the car that you’re alert and paying attention. In fact, I was once quickly corrected by a BMW employee for even calling them “autonomous”. However, these driver aids are getting better and they’re fascinating to use. Let’s just hope they don’t cause robots to actually kill themselves.