After seeing the BMW Z4 Concept, fans have been positively giddy about the upcoming roadster. The Concept’s styling was gorgeous and, from what we understand, is close to what we’re going to see from the production car. In spy photos, we’ve seen that much of the Z4’s silhouette and lights are borrowed from, or at least heavily influenced by, the Concept. Which is very good news. Now, though, some new spy photos have been released of the upcoming BMW Z4 and it seems to not be sporting a very new and radical grille design for BMW. (We don’t own the spy photos but check them out here)

Typically, the sort of pre-production test mules we see wearing camouflage don’t have grilles in them. There’s usually just empty spaces where the grilles would go. So we don’t think the grille design we’re seeing on this BMW Z4 test mule is done for testing or camouflaging purposes. If we’re right, and this is indeed a new grille, it’s something wildly different for BMW.

The shape of the Kidney Grille’s themselves aren’t anything new, as there are still to wide Kidney Grilles. However, it’s what’s housed inside them that’s different. On literally every other BMW throughout history, with the exception of both BMW i vehicles, the Kidney Grilles have just housed vertical slats. On this new BMW Z4 test mule, though, we can see that there’s a sort of mesh inside them, made up of little “Y” shapes. Even the sort of mesh grille on the Concept was designed to look like the typical vertical slats of every other BMW.

It’s really odd to see and sort of off-putting. I actually can’t tell whether or not I like it or hate it. It’s sort of strange to see anything other than vertical slates housed in the Kidneys. While I like the idea of BMW trying something new and getting a bit radical, I don’t know if I actually like this design itself. Having said that, I like the shape of the Kidney’s, which are wide and give the front end a sort of mustachioed BMW Z8 sort of look. I also really like the headlights, which are wildly different from any other BMW before, as the twin-circle lights are now vertically-opposed, rather than horizontal. 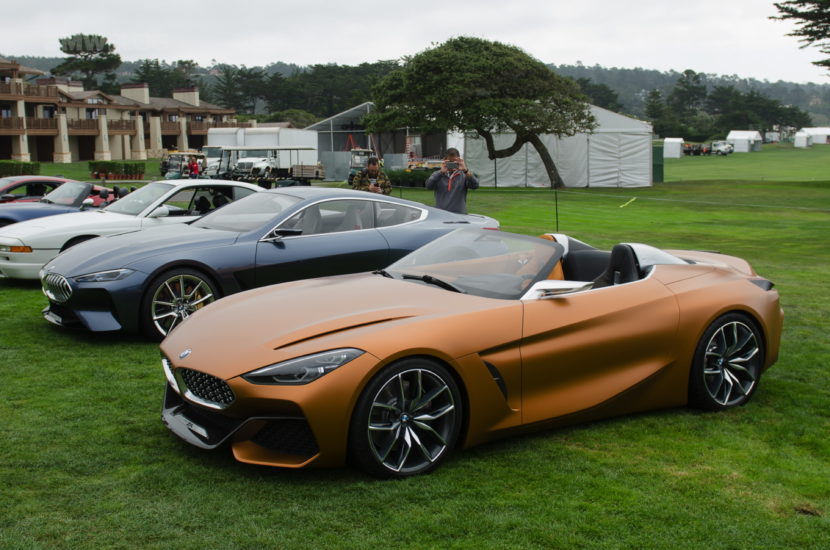 In these spy photos, we can also see more of the Z4’s design than ever before. It looks promising and it seems as if BMW has nailed the proportions. It looks like a proper little sporty roadster, with a long hood, short rear deck and low beltline. The real story here, though, is the odd new grille design. How do you feel about it? Love it or hate it?

8 responses to “SPIED: BMW Z4 shows off a radically new grille for BMW”