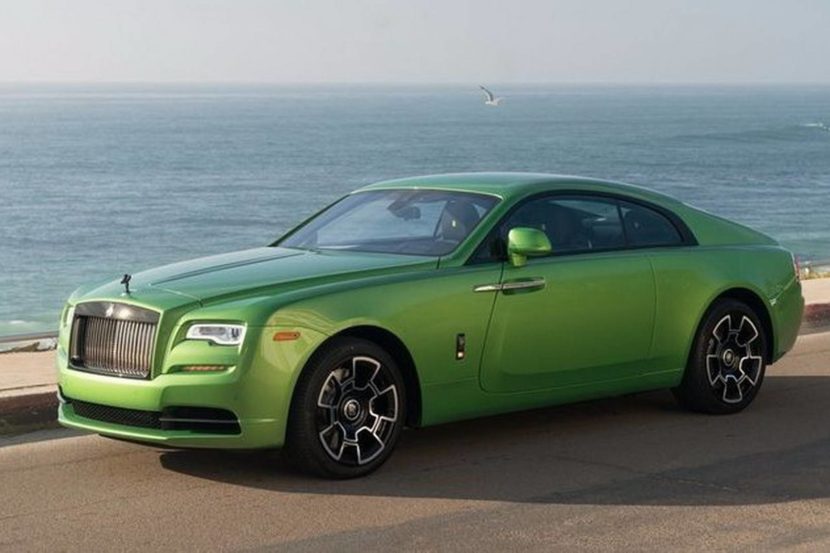 Java Green has built a name of itself in the last few years by featured on several BMW projects, most notably the ones put together by BMW Abu Dhabi. But now the flamboyant color is being featured on a Rolls-Royce, adding an extra touch to the already flashy luxury automobile.

This Rolls-Royce Wraith Black Badge with only 11 miles on the odometer features the Java Green shade pairs beautifully with the black styling accents on the exterior. The Black Badge treatment offers a bit more power and a slightly adjusted suspension setup for the ‘patrons’ while also differentiating the cars on the outside by offering them either in black on black finishes or in red with black. 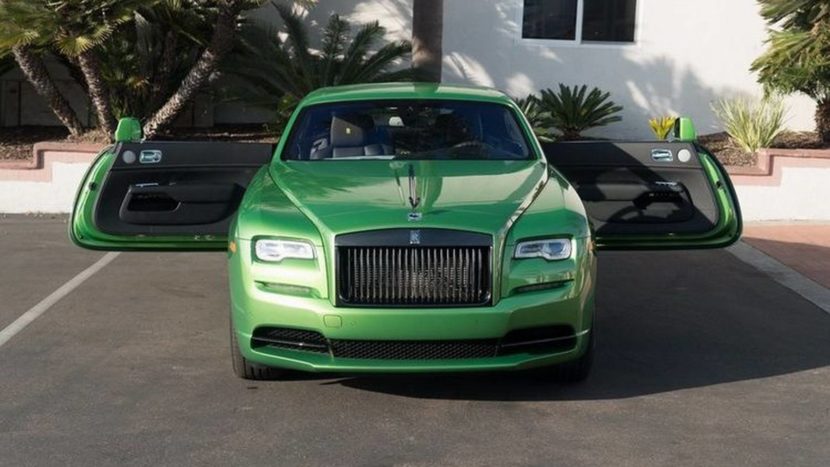 The cars also get a new composite carbon fiber – 22 layers folded back in the outer edge of the wheel – and alloy wheels, which took four years to develop. The 6.6-liter V12 benefits from a bit of extra shove. The Wraith now has 623 hp and 642lb ft and a sharper eight-speed automatic gearbox, which operate through more responsive throttle pedals. The Wraith also gets an overhauled air suspension system, one which apparently provides both driver focus and a “magic carpet ride.” 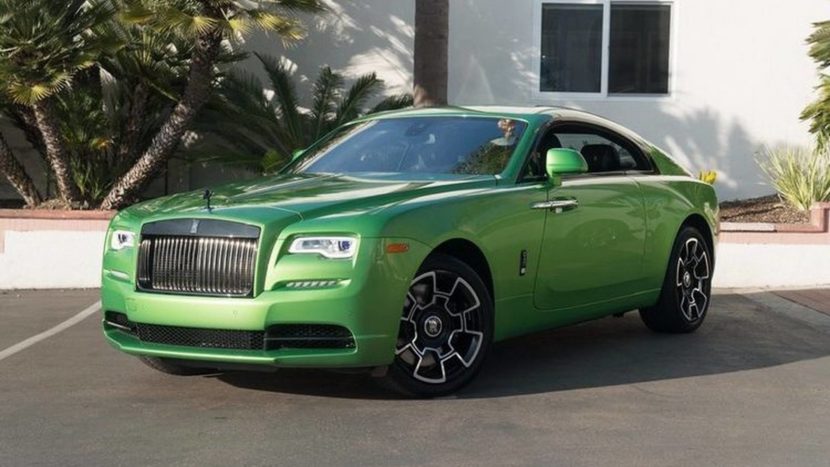 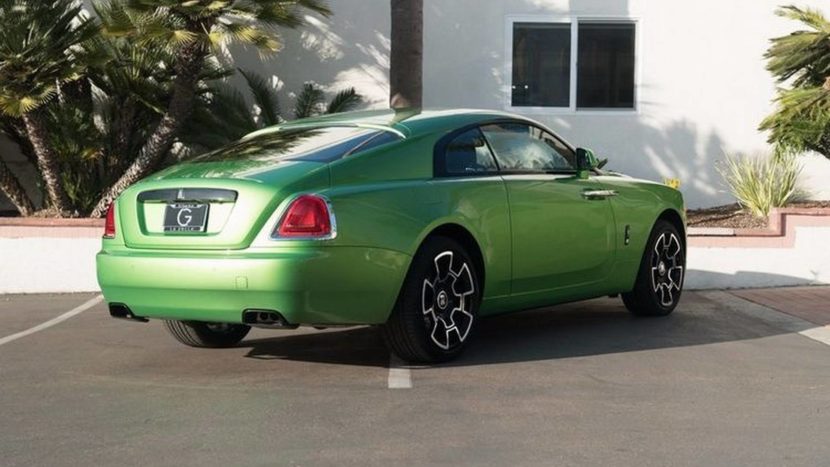 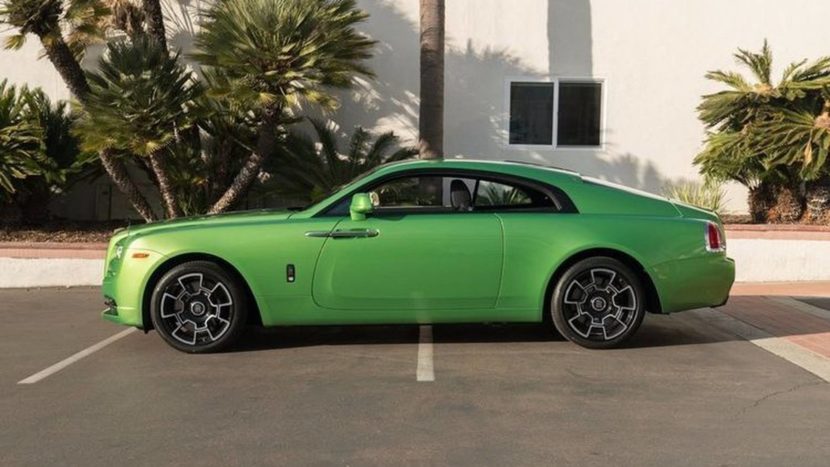 This particular Java Green Rolls-Royce Wraith is located at a high-end dealer in San Diego, California and costs $411,825.