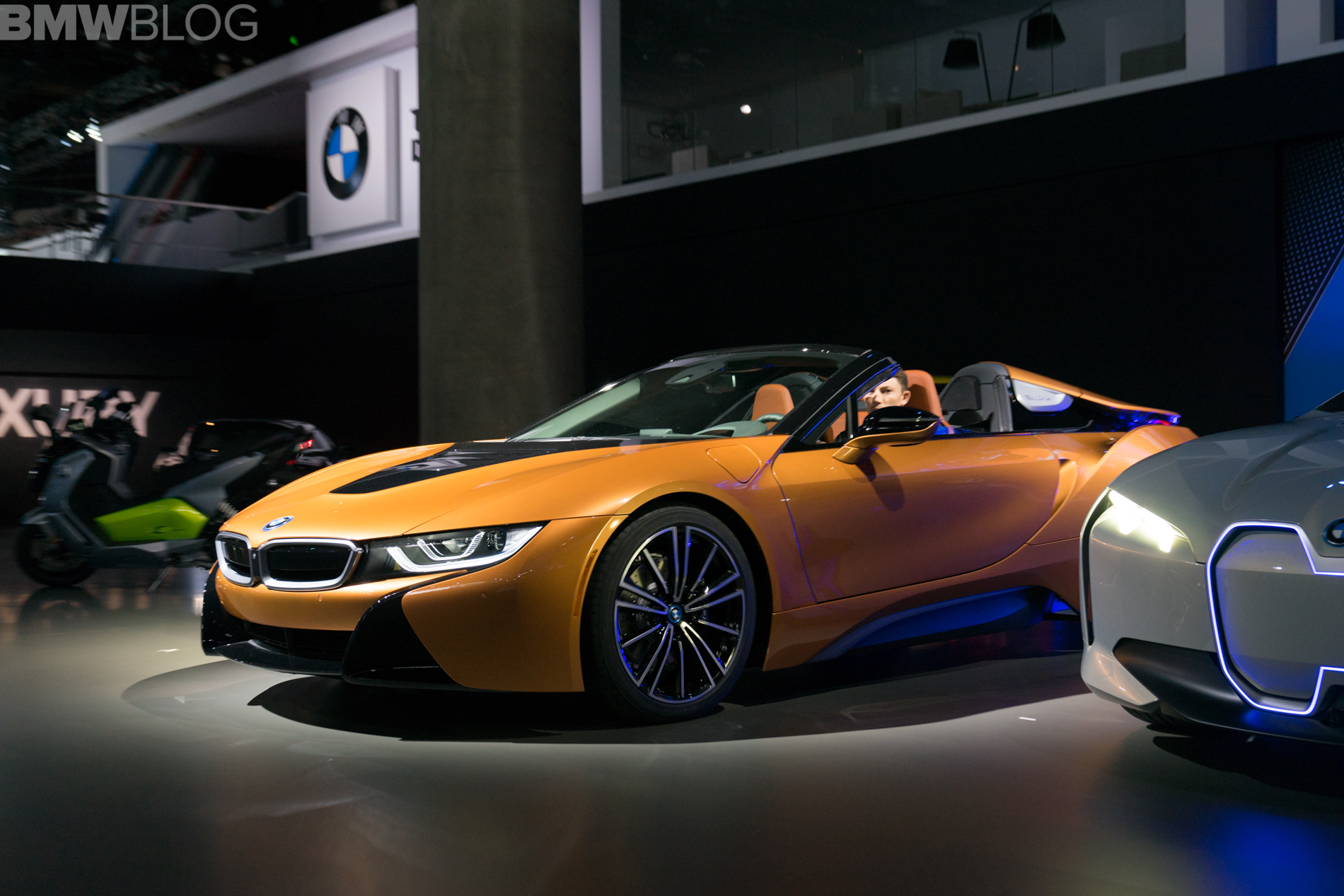 A few years after teasing us with a concept, BMW has finally unveiled the open top version of their popular i8 model. The Roadster is here and even though it lost some of the Coupe’s practicality having only two seats, it is most likely going to be the top seller of the two. At least that’s what BMW thinks at the moment, according to a new report coming in from the sidelines of the i8 Roadster launch at the Los Angeles Auto Show.

Speaking to Automotive News, Robert Irlinger, head of BMW i said “The higher percentage [of sales] will be in the roadster, definitely. If you’re playing in that segment with the very expensive cars, it’s always [that] you have to have the newest one.” But it’s not the novelty factor alone that will most likely drive most of the people to choose the i8 Roadster instead of the i8 Coupe. The former is also the better looking model and the added practicality of the latter doesn’t impress a lot of people.

Sure, the Coupe does have two extra seats in the back but, in all fairness, they are barely usable. During my time with the i8 I did manage to squeeze two adults back there I definitely wouldn’t recommend it to anyone except maybe for short trips to the mall. Of course, even though people – except maybe kids – don’t really fit in the back there, you can still use that space as storage for a couple of items and that may come in handy. But let’s be honest here, when you pick between a retractable roof and stuffing two cases of wine in the back of your car, the choice is pretty obvious.

Chip in the fact that the Roadster will fold its roof in 16 seconds and you start feeling it even more. The price tag of the Roadster will also be higher than the Coupe’s, BMW saying it will be over $150,000 once it comes out next year. Then again, customers able to pay $144,000 for the Coupe i8 will surely be able to spring a couple thousand more for open top enjoyment.