The new MINI Countryman brought along a couple of rather interesting changes and premieres for the British model. Apart from the fact that the Countryman grew so much in size it is now playing in a different league altogether, it is also the first model in the brand’s history to be offered in plug-in hybrid guise. This is a definite statement from MINI in favor of hybridization and the MINI Countryman Cooper SE might not be perfect, but it’s a step in the right direction.

As the name implies, what we’re dealing with here is a car that has at least the same amount of power as the Cooper S. It’s a lot more complicated than that though, the Cooper SE using a drivetrain that mirrors the one used by the BMW i8. While the BMW has a 1.5-liter 3-cylinder turbocharged engine in the back, powering the rear axle and an electric one managing the front, in the Countryman Cooper SE that’s reversed, the internal combustion engine being positioned at the front. 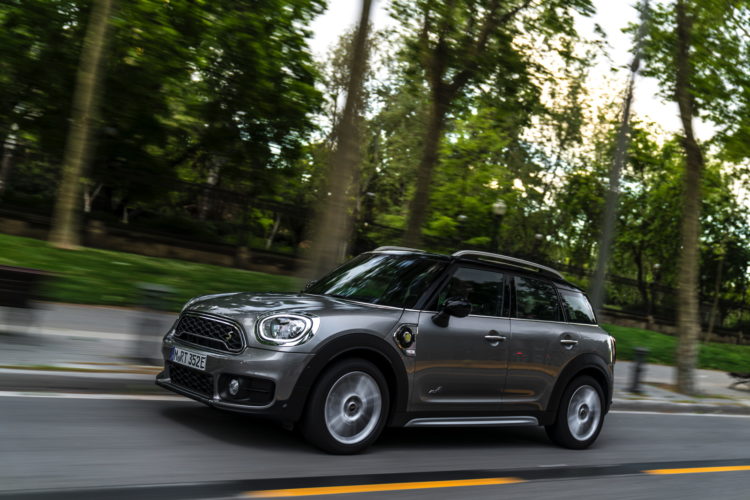 The power output is a bit different though among other things. The Countryman has 224 HP and 385 Nm of torque. What makes it special though is the fact that the electric motor has instant torque delivery and that makes the Countryman Cooper SE the zippiest model in the range as the guys from Auto Guide also claim. Having driven the car myself I can honestly say that it is the best handling car in the range with the notable exception of the John Cooper Works model, of course.

The one disappointing thing about though is the electric range. Claimed to be some 12 miles, it is definitely not enough even for daily commutes. Furthermore, the charging time is too long which makes pure EV cruising a bit of an issue. Nevertheless, if you manage to understand the differences between driving modes you can definitely turn the Cooper SE Countryman into the most efficient model in the range.