100,000th BMW i3 Rolled Off the Assembly Line in Leipzig Today 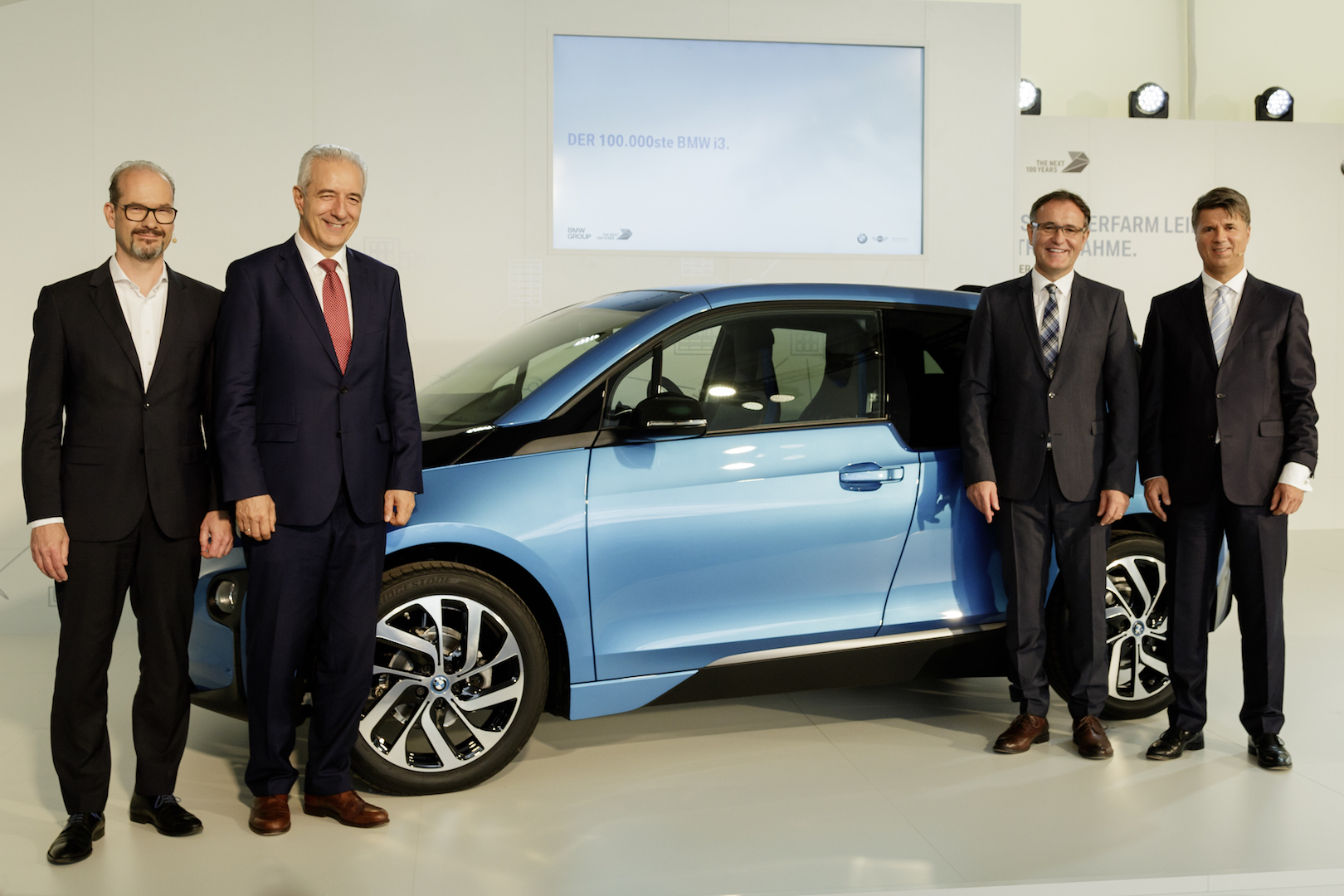 BMW celebrated a big milestone today, as the 100,000th BMW i3 rolled off the assembly line in Leipzig. The electric car that was only launched back in 2013 managed to reach this impressive marker already, being a true testimony to how much the i division has grown over the last few years and how much it will shape the future of BMW. The occasion also prompted BMW officials to make more promises and predictions about the future of electric vehicles.

At the event, BMW CEO, Harald Krüger and Plant Director Hans-Peter Kemser also presented the next member of the BMW i family, the BMW i8 Roadster, as a camouflaged prototype; series production of the BMW i8 Roadster will begin in 2018. A further highlight was today’s official commissioning of the BMW Battery Storage Farm Leipzig, which will connect up to 700 BMW i3 high-capacity batteries. The large-scale battery storage system at the Leipzig plant will give batteries previously installed in BMW i3 cars a second life and put them to profitable use in a sustainable, energy-based business model. 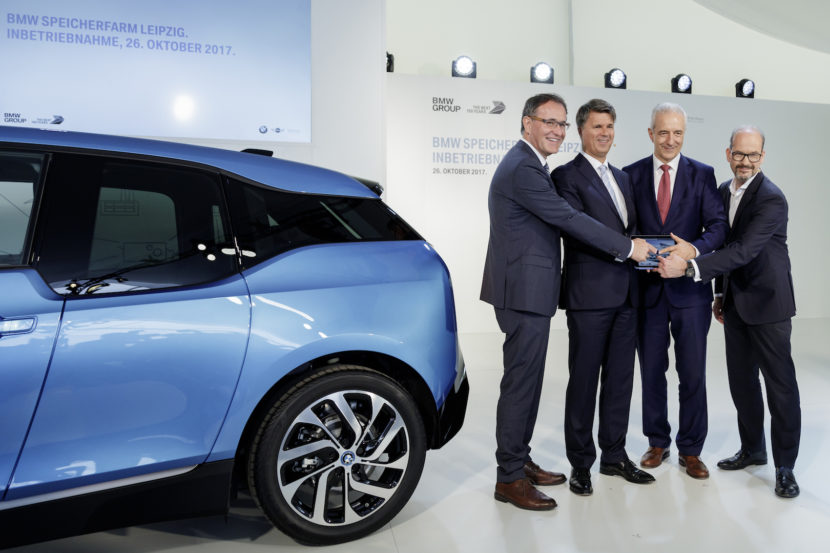 “We are proud of the 100,000th BMW i3 built by our plant in Leipzig. The BMW i3 is the original, a true technological pioneer. With BMW i as our spearhead, we intend to remain the leading premium supplier of electro-mobility going forward. We are now looking ahead to the next member of the BMW i family, the i8 Roadster, which will expand our leading position in the field of electro-mobility. In 2025, we will offer our customers a total of 25 models with electrified drive trains,” said Krüger.

“In the interests of sustainability, today we are also presenting a concept for the second use of BMW i3 high-voltage batteries. With our Strategy NUMBER ONE > NEXT, we are looking far beyond the car itself and driving change in our industry with totally new approaches and business models,” he added. With wind turbines located on the grounds of the plant, the BMW Battery Storage Farm Leipzig links decentralized captive production from renewable energies with local energy storage and an industrial consumer in a completely unique way. The stationary battery storage farm is also integrated with the public power grid, which enables its electricity to be marketed as primary balancing power. 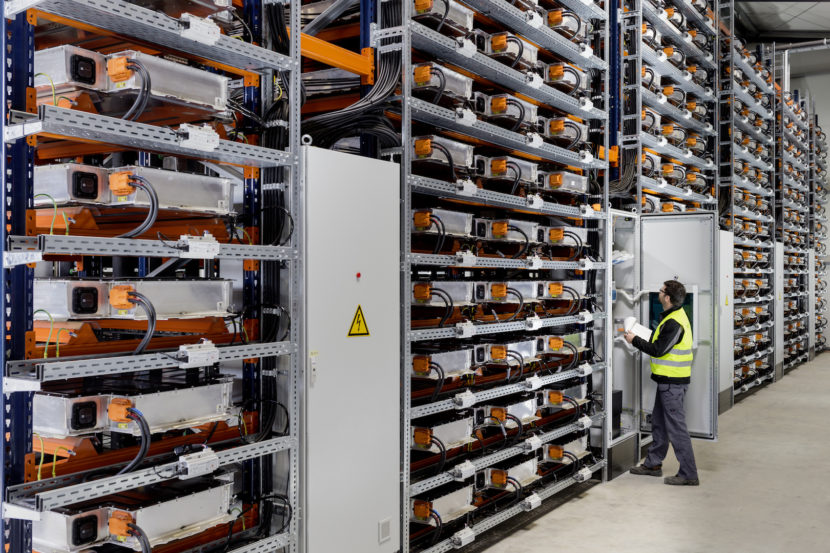 In this way, the BMW Group is making a contribution to the stability of the public power grid and performing a valuable function for the wider community. When there is a surplus of power from renewable energies, large-scale battery storage can relieve the grid by absorbing electricity. When there is not enough power in the electricity grid, the facility can release electricity to help stabilize the grid.