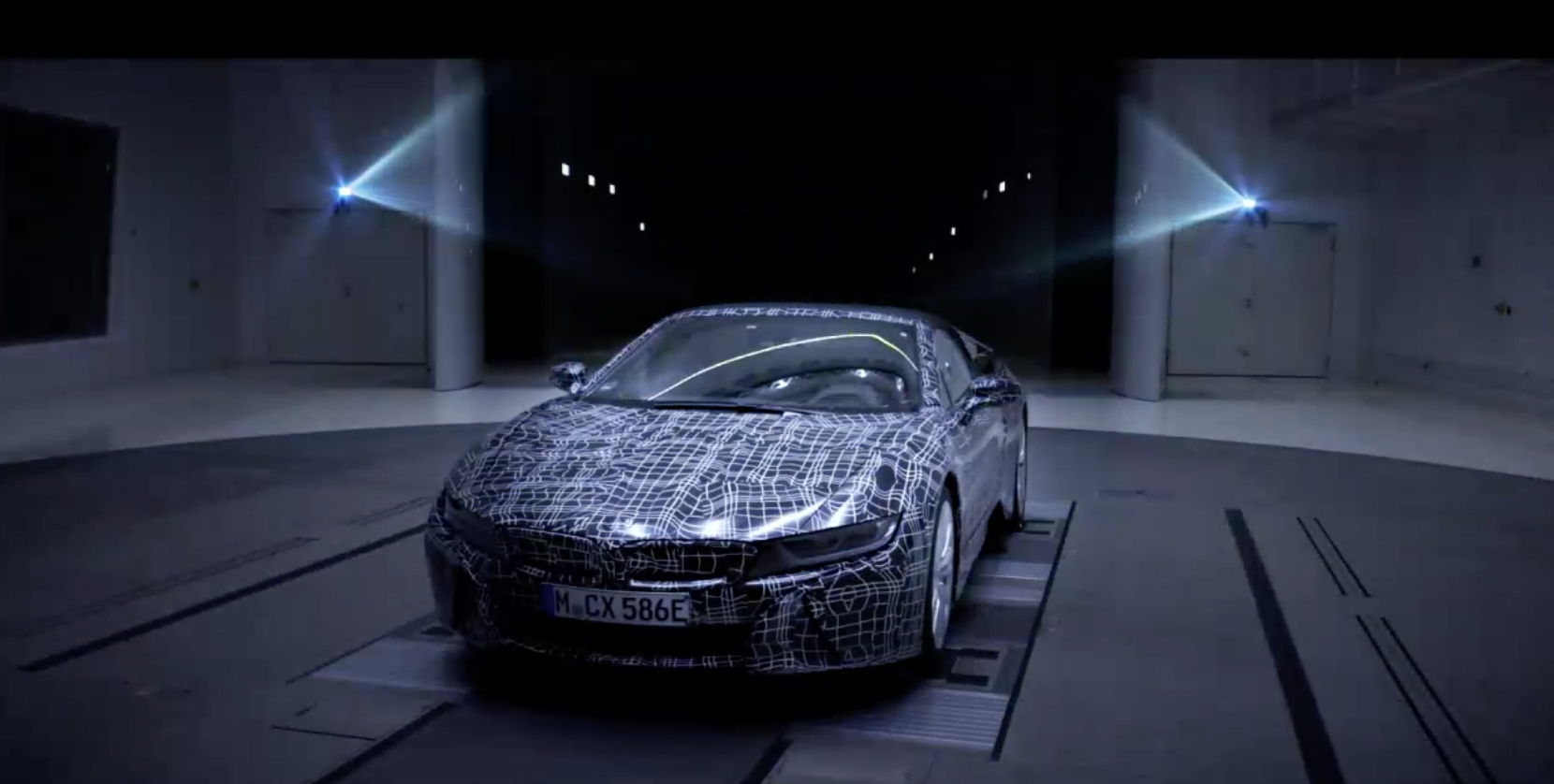 At the 2017 Los Angeles Auto Show BMW will unveil their second i8 model. Built upon the i8 Spyder Concept, the new open-top super hybrid will carry the name i8 Roadster. Ahead of its launch, BMW is putting together a road show across the globe with VIP exclusive events where a series of upcoming models, including the i8 Roadster, are being presented.

One of those events took place this past weekend in Belgium and we have some new details to share regarding the new i8. The Roadster will be introduced with a new color – Electric Copper – and will feature a soft top which folds into the rear seats. The soft top can be opened in 14 seconds at a speed up to 60 km/h.

But the most interesting tidbit about the new i8 Roadster is the increased electric driving range. According to our reader who attended the event, the open top plug-in hybrids holds double the battery capacity compared to the i8 Coupe, therefore leading to a longer driving range on electric power. The exact figures were not shared by BMW at this time.

Our own sources also say that in addition to the revised power pack, the i8 Roadster will receive a revised chassis tuning and an increase in power to around 400 hp, while larger updates are also expected for the infotainment system iDrive as well as a modernized range of assistance systems.

We expect the 2018 BMW i8 Roadster to debut a few weeks before the show, which will likely put the unveil sometimes in October of this year.