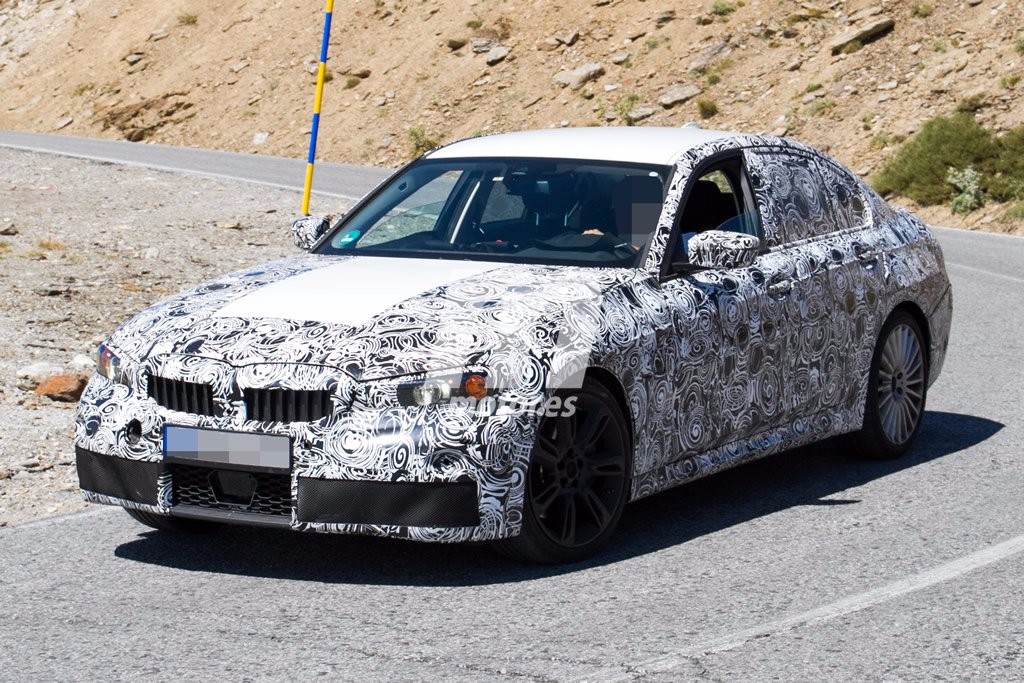 We’re waiting impatiently for the debut of the next-generation BMW 3 Series. The current-gen, the F30-generation, isn’t the most loved 3 Series of all time, nor is it the best handling. It’s even starting to lost its competitive edge among the newer competition, such as the Alfa Romeo Giulia and Jaguar XE. So it’s time for a new 3er and a plug-in hybrid variant of the upcoming G20-generation 3 Series has just been caught testing, showing off its interior. (We don’t own the spy photos but they can be seen here)

The tester caught in these photos is clearly the upcoming plug-in hybrid variant. Two details give it away: the extra fuel cap on the driver’s side front fender and the more subtle “Hybrid Test Vehicle” sign on the side of the car. From the outside, we can see new headlights and Kidney Grilles with active shudders closed. The latter of which shows off more of its hybrid nature. Out back, it seems that the new G20 3 Series’ taillights will be narrower and wider than the outgoing F30’s.

In bigger news, though, these photos show off the new interior of the G20 3 Series, quite closely too. So close up, in fact, that there are a lot of details we can make out. For starters, the shift lever is new and looks more like the one in the new F90-gen BMW M5 than any other Bimmer’s. Next to it seems to be a new iDrive rotary dial, which seems flatter and wider in diameter. Moving up from there to the center console, the trim and vents look similar to those on the new X3, with angular shapes and trims.

Also, the center armrest is wider and flatter, which leads us to a disappointing discovery. The new 3 Series, at least in hybrid variant, will ditch the traditional handbrake that it’s always had. The 3 Series was the last car in its segment to have a traditional handbrake, something car enthusiasts really appreciated. Now, it’s joined the rest of its competitors and gone with an electronic one. It can be seen just behind the new shift lever.

There also seems to be a gauge cluster that’s entirely digital. If you skip ahead to the last photo in the gallery, you can actually even see what they will look like. Interestingly, the digital gauges seem to be the exact same ones from the BMW 8 Series Concept, which is actually really exciting, as those looked really cool.

This new BMW 3 Series will be dramatically different from the car it replaces. It will be built on a new chassis, come with new powertrains, have much more tech and is clearly getting a much updated interior. While we won’t know if these are all improvements until we drive it, the way the rest of BMWs new cars are pointing, such as the new X3 and 5 Series, things are looking up.