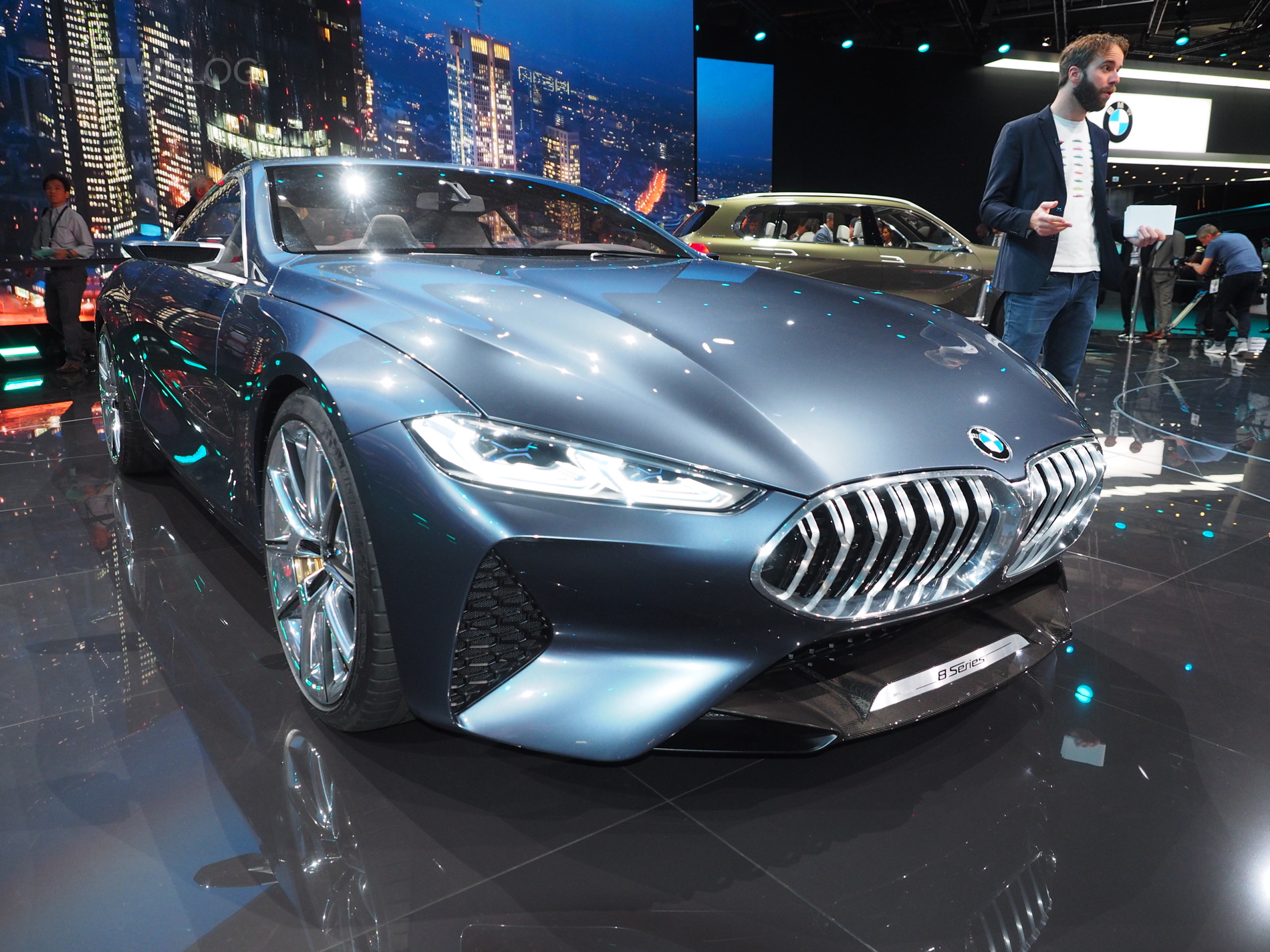 The fourth concept introduced this week at the 2017 Frankfurt Auto Show is the revived 8 Series Coupe. Presented in May at Villa d’Este, the BMW Concept 8 Series previews the production luxury coupe which goes on sale next year. BMW uses the 8 Series as a vision of a sports car combining uncompromising dynamic performance with modern luxury. The study continues the successful tradition of large coupes from BMW and interprets classic design attributes in a new language of form.

In contrast to the squarish proportions of its predecessor, the new 8 Series Concept features lines that flow like water over its Barcelona Gray Liquid body. Creases along the hood and large side air intakes give the concept a fluid look. Bold arches framing 21-inch alloy wheels hint at the car’s rear-wheel-drive athleticism. 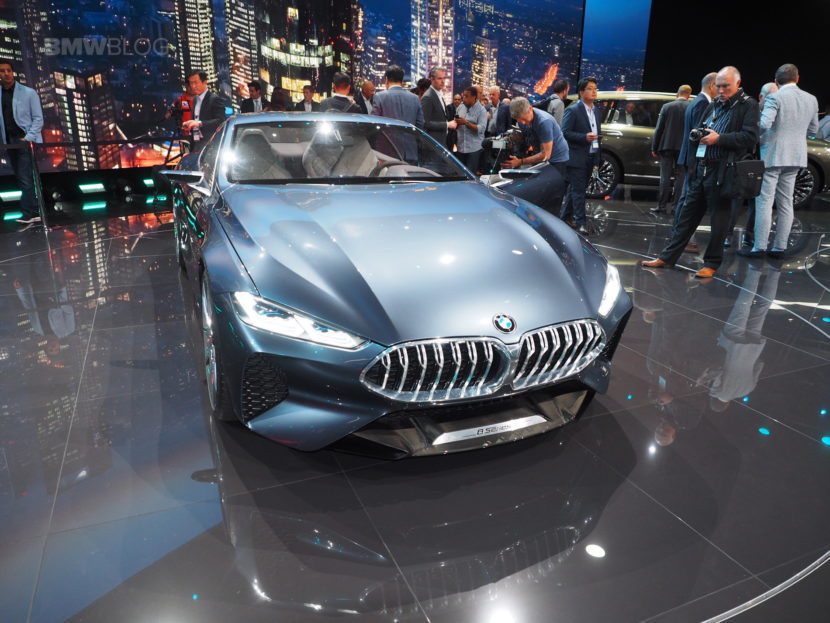 At the front, we can see that the kidney grilles are actually made of one grille surround, which is a BMW first. At the rear end, we get a close look at the taillights, which have some genuinely interesting geometry to them, as they stick out and create interesting shapes. 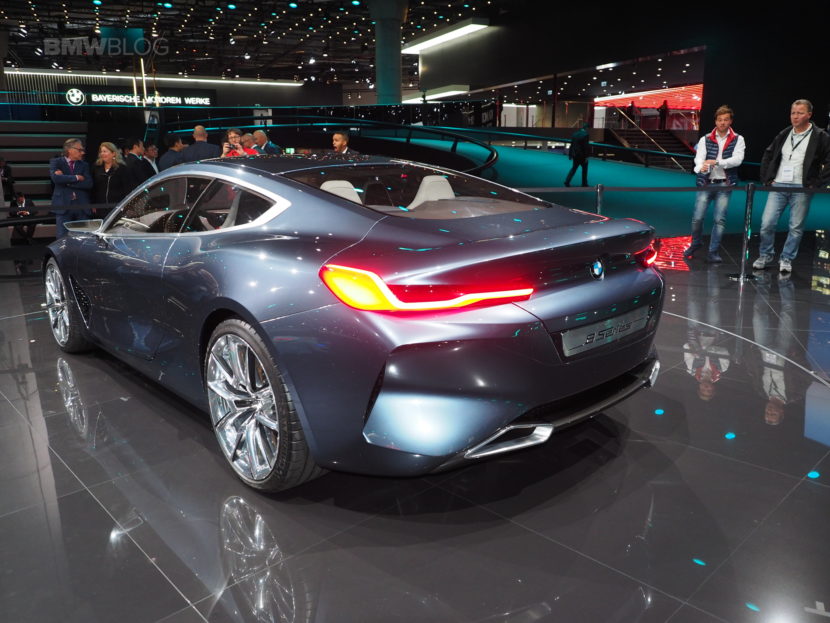 Powertrain options remain unknown at this point, but the coupe could borrow engines from the 7 Series, including a 3.0-liter turbo-six, a 4.4-liter twin-turbo V-8, and even a 6.6-liter twin-turbo V-12. The M8 was already previewed by BMW. 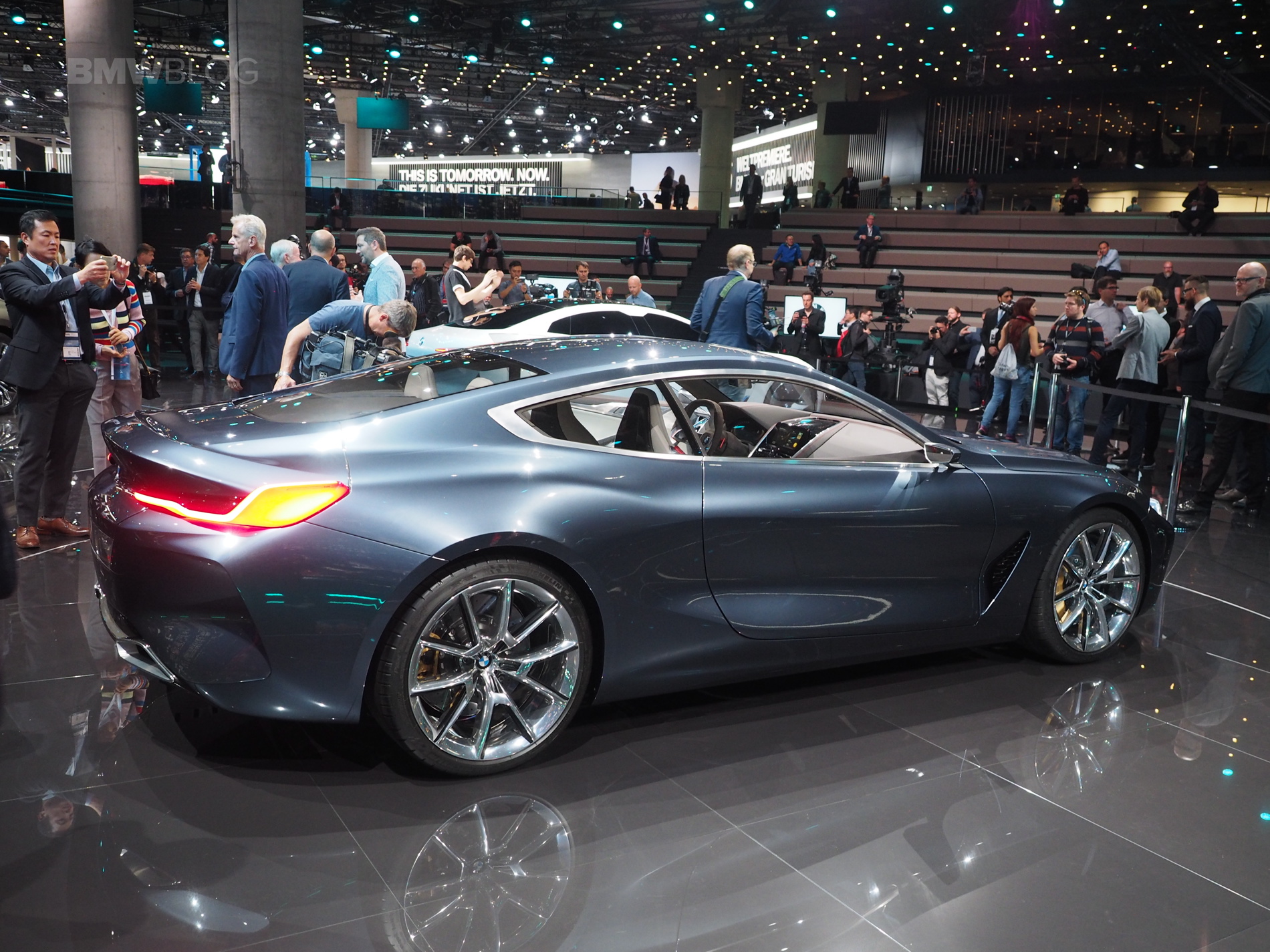 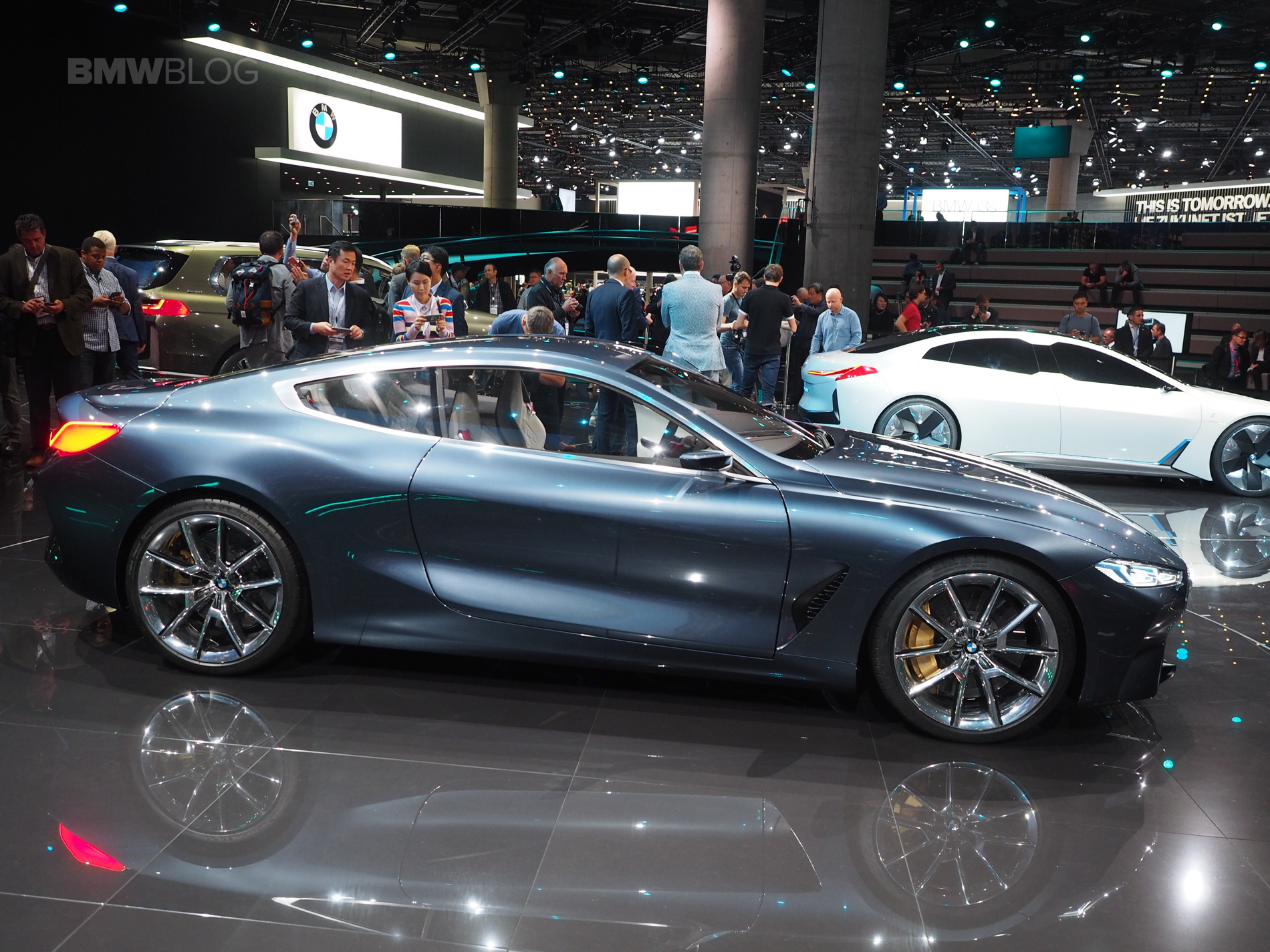 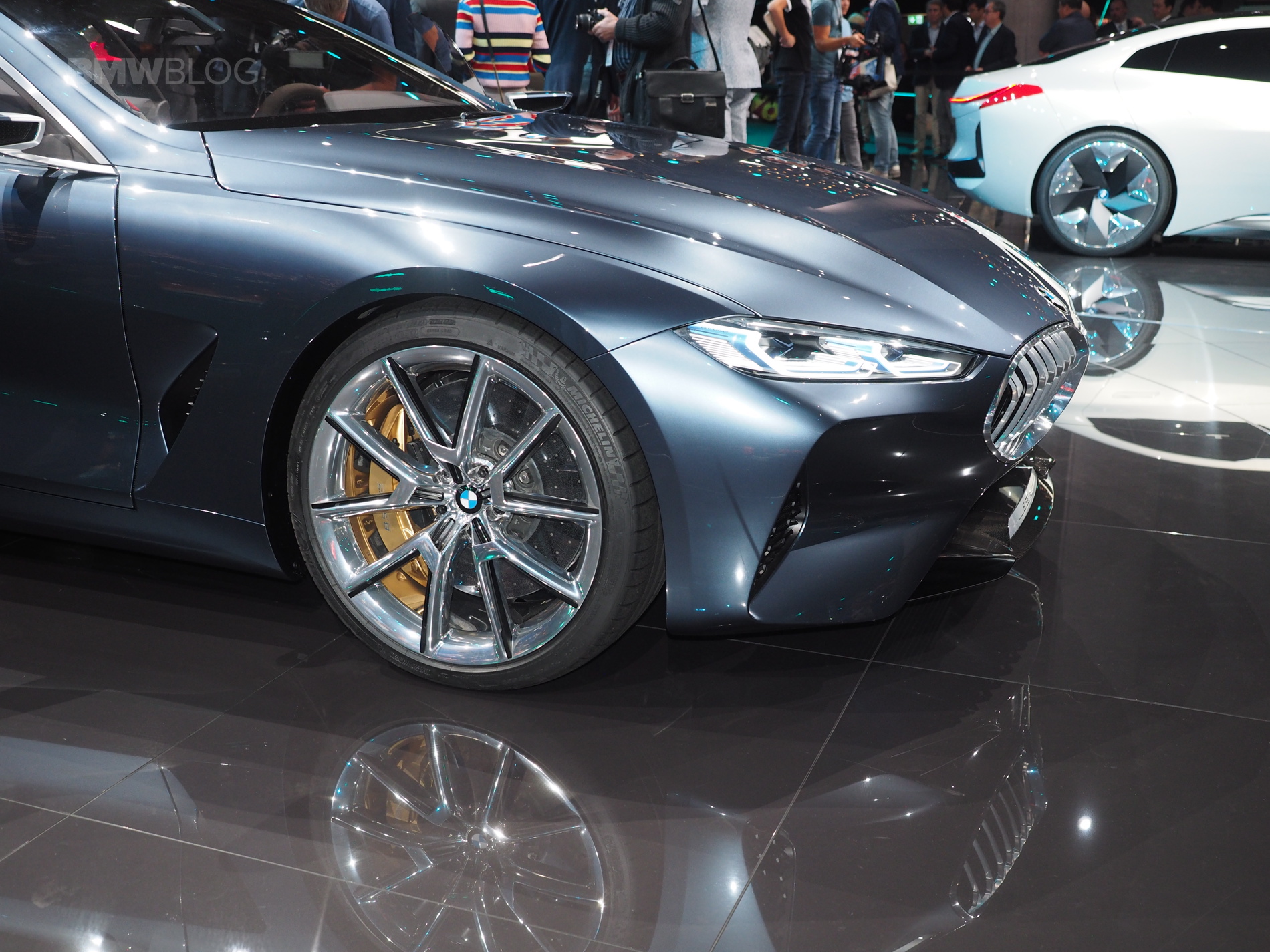 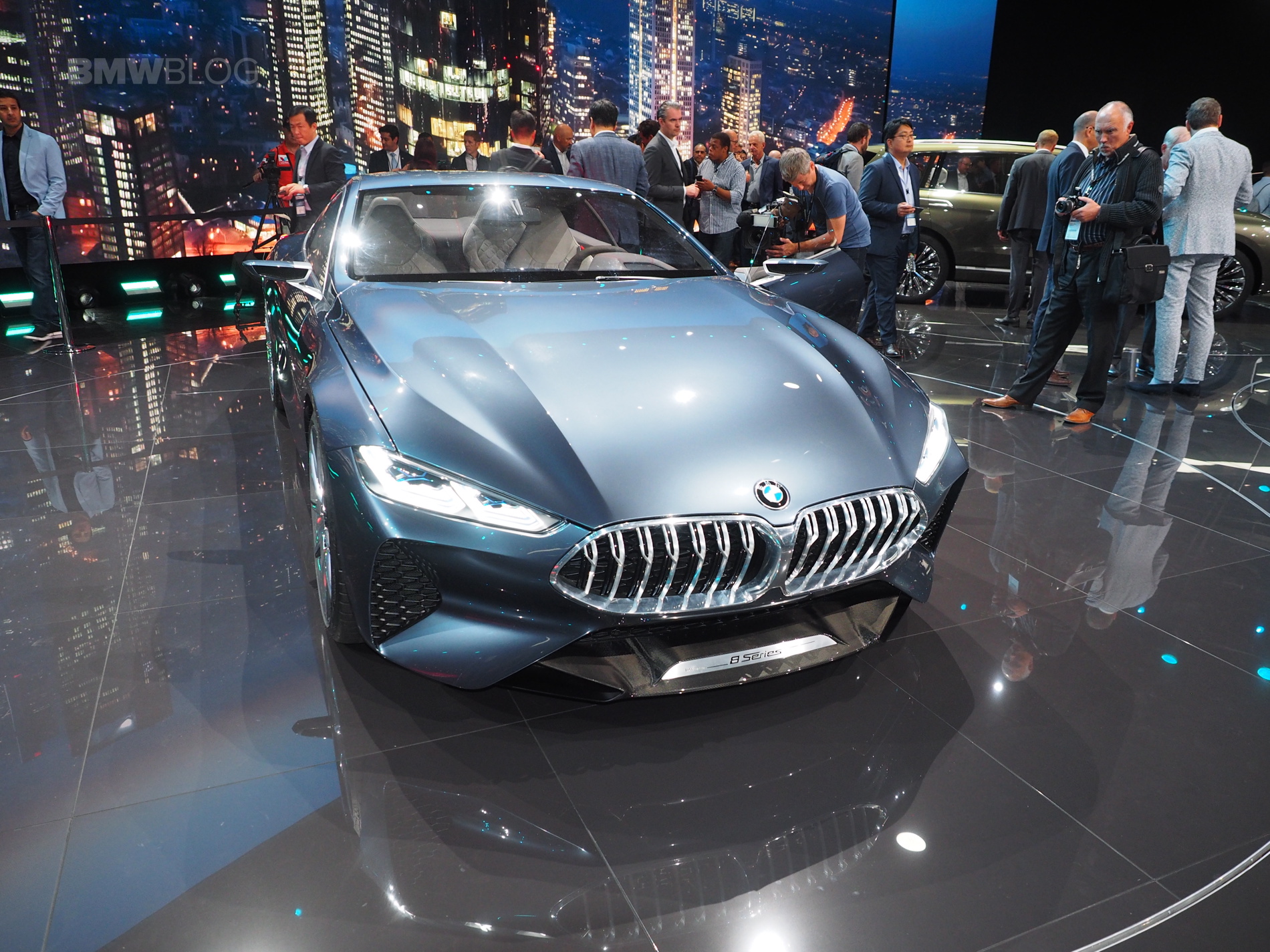 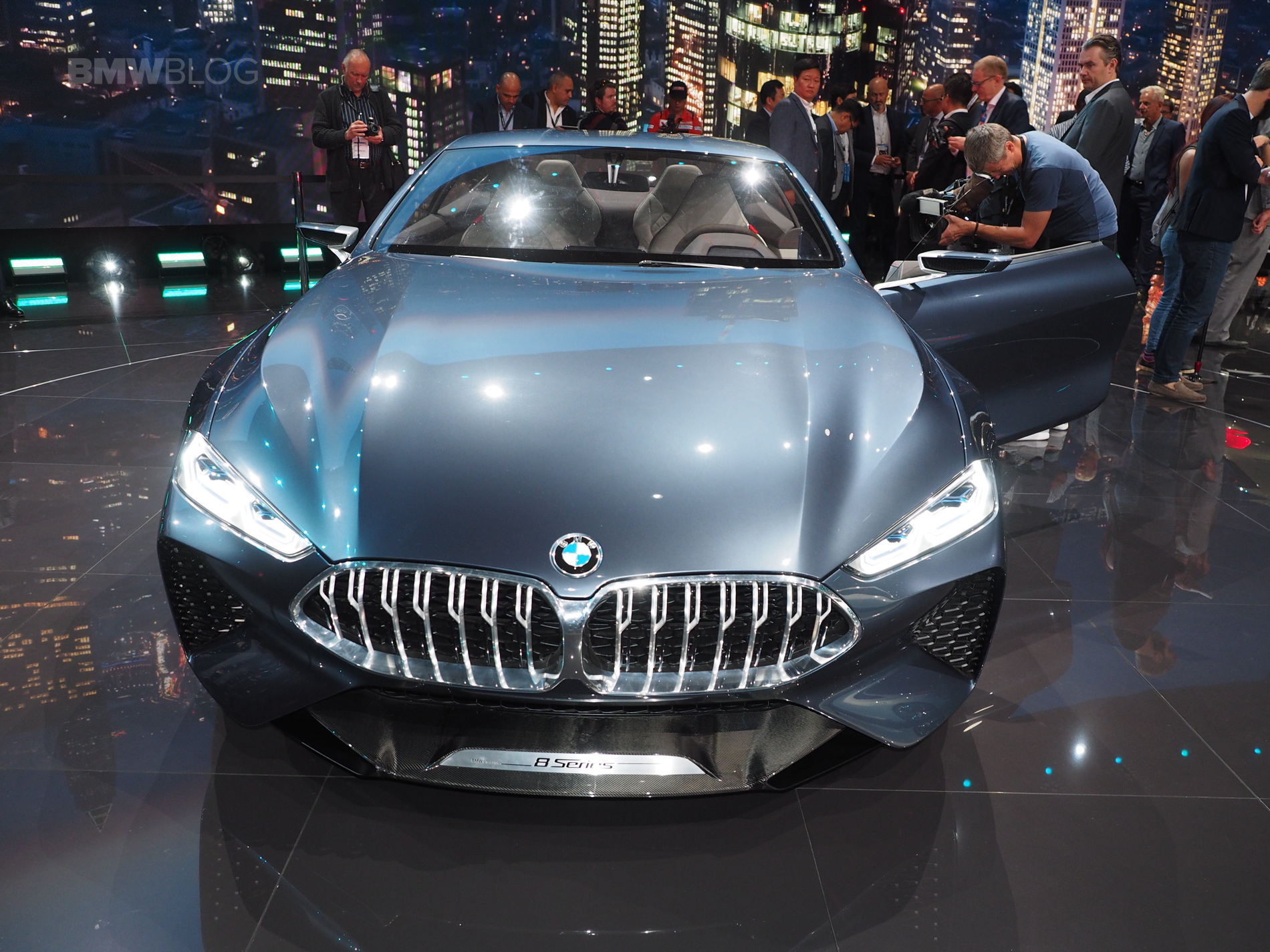 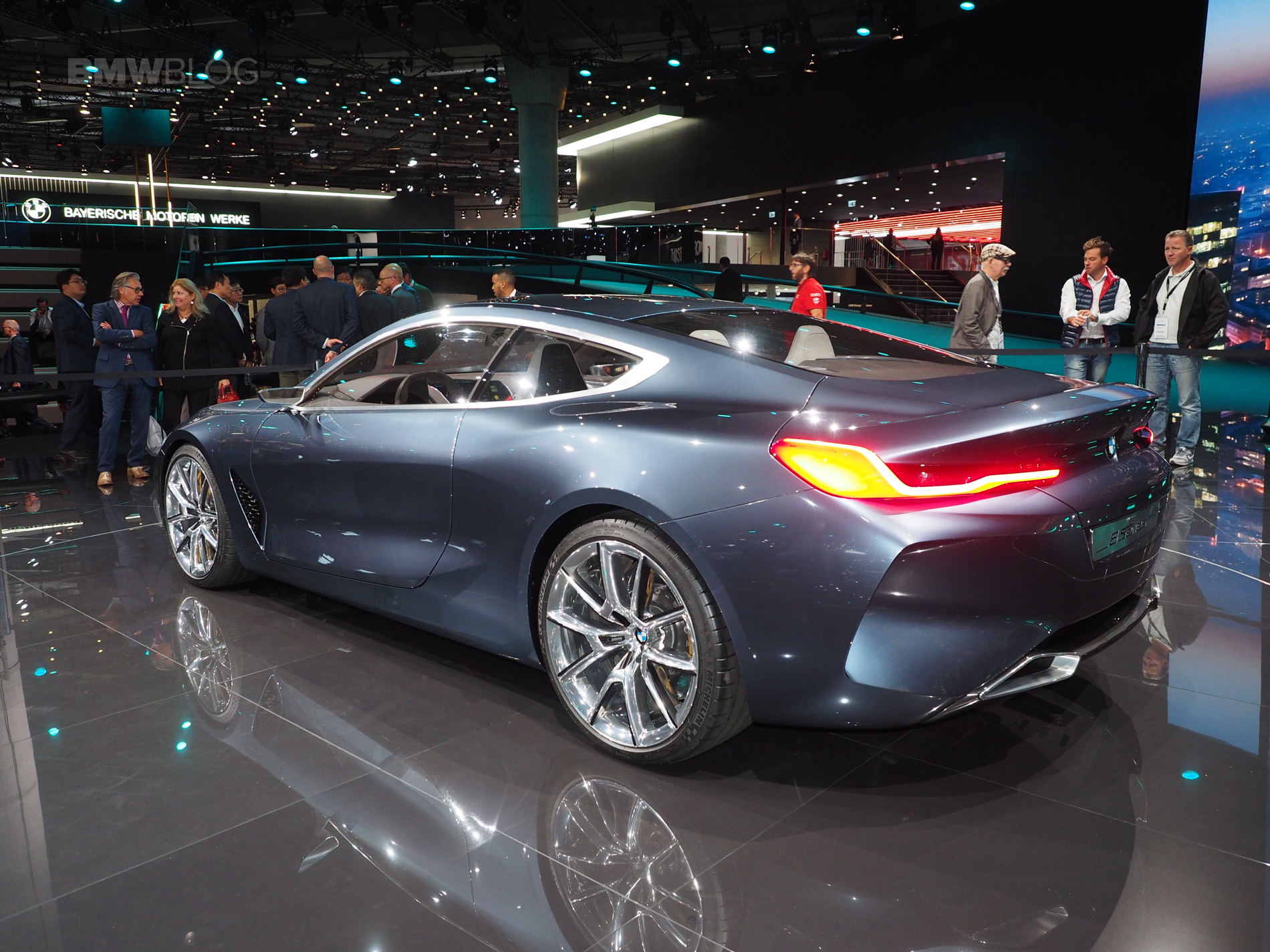 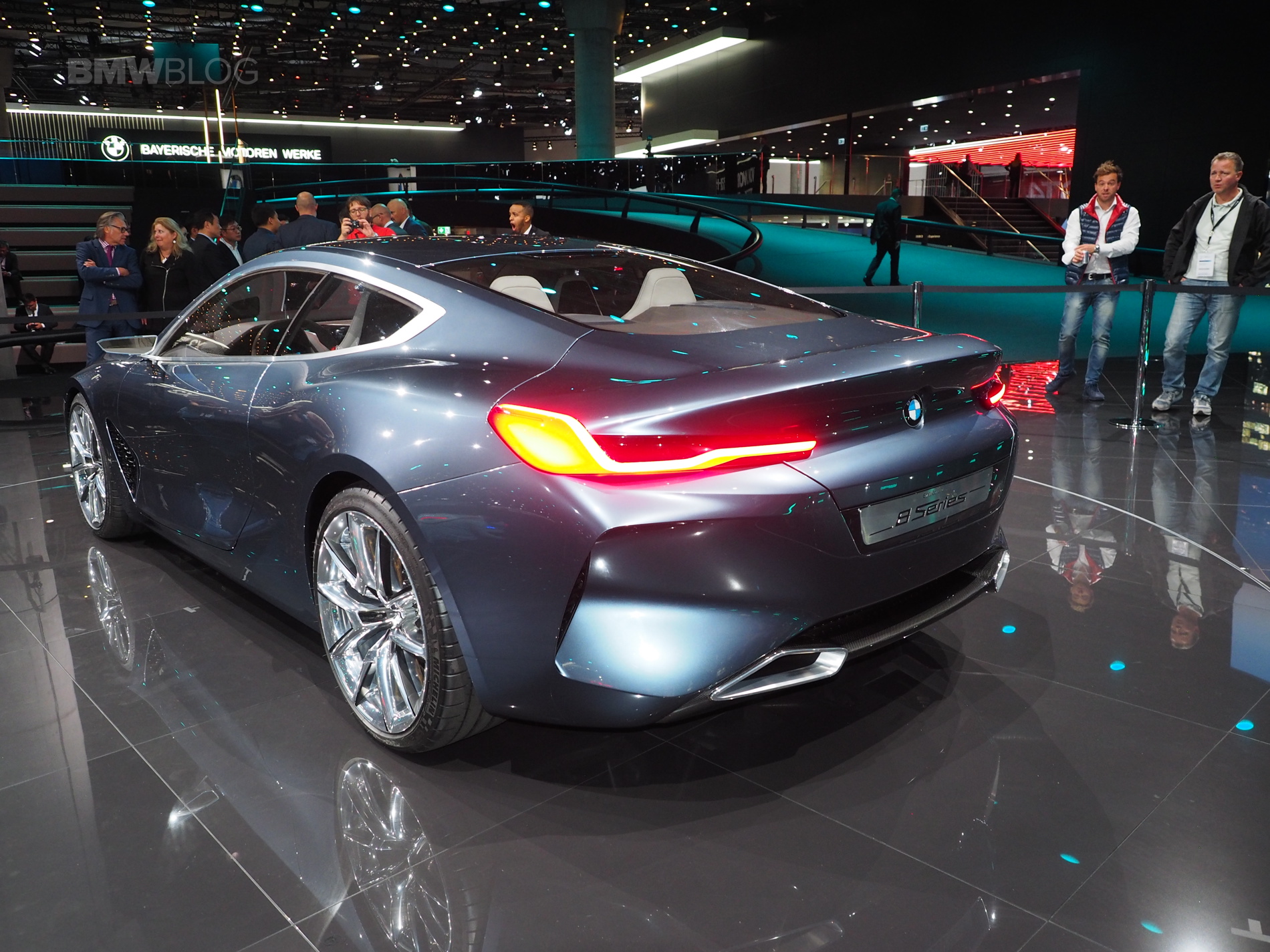 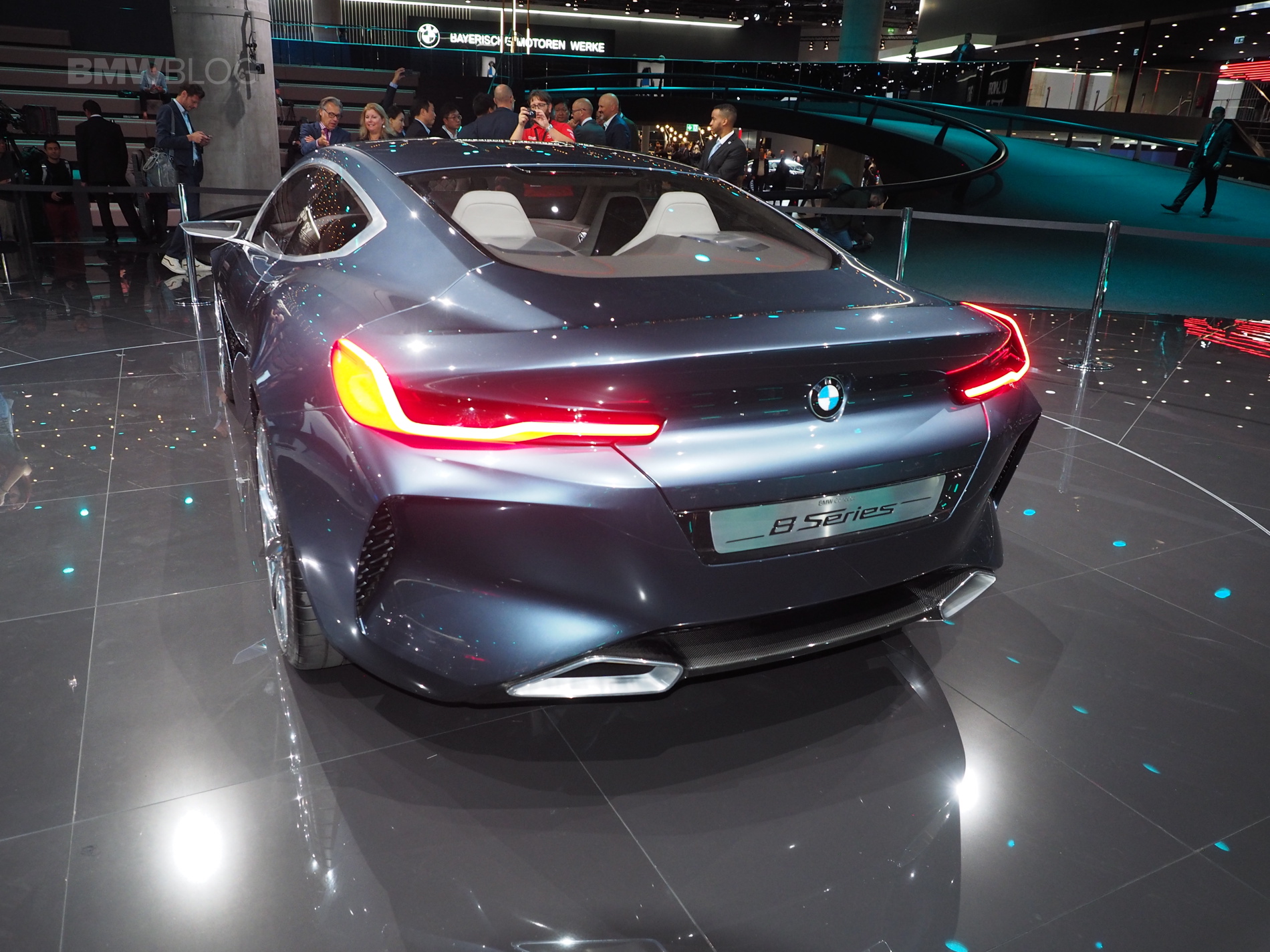 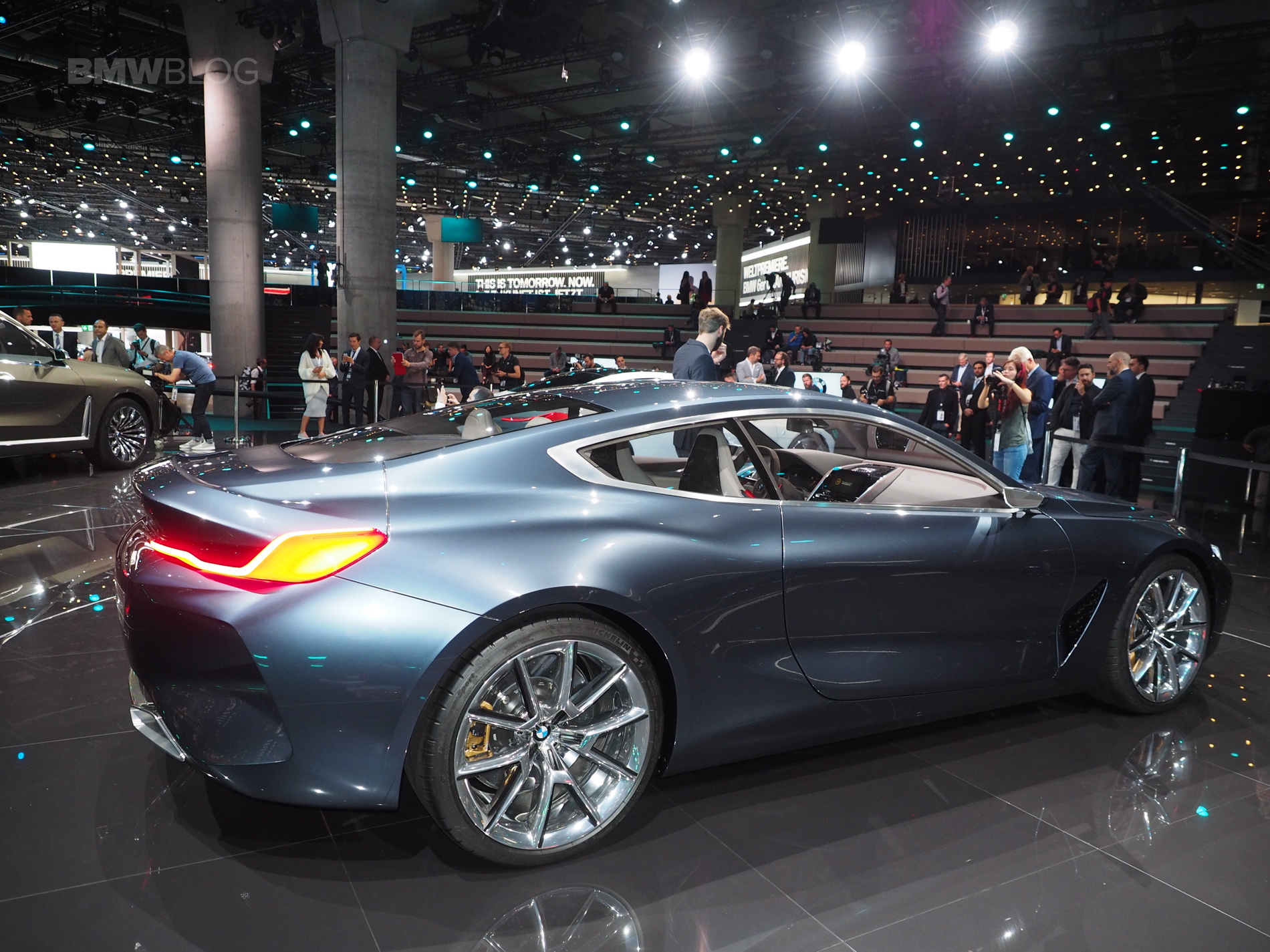 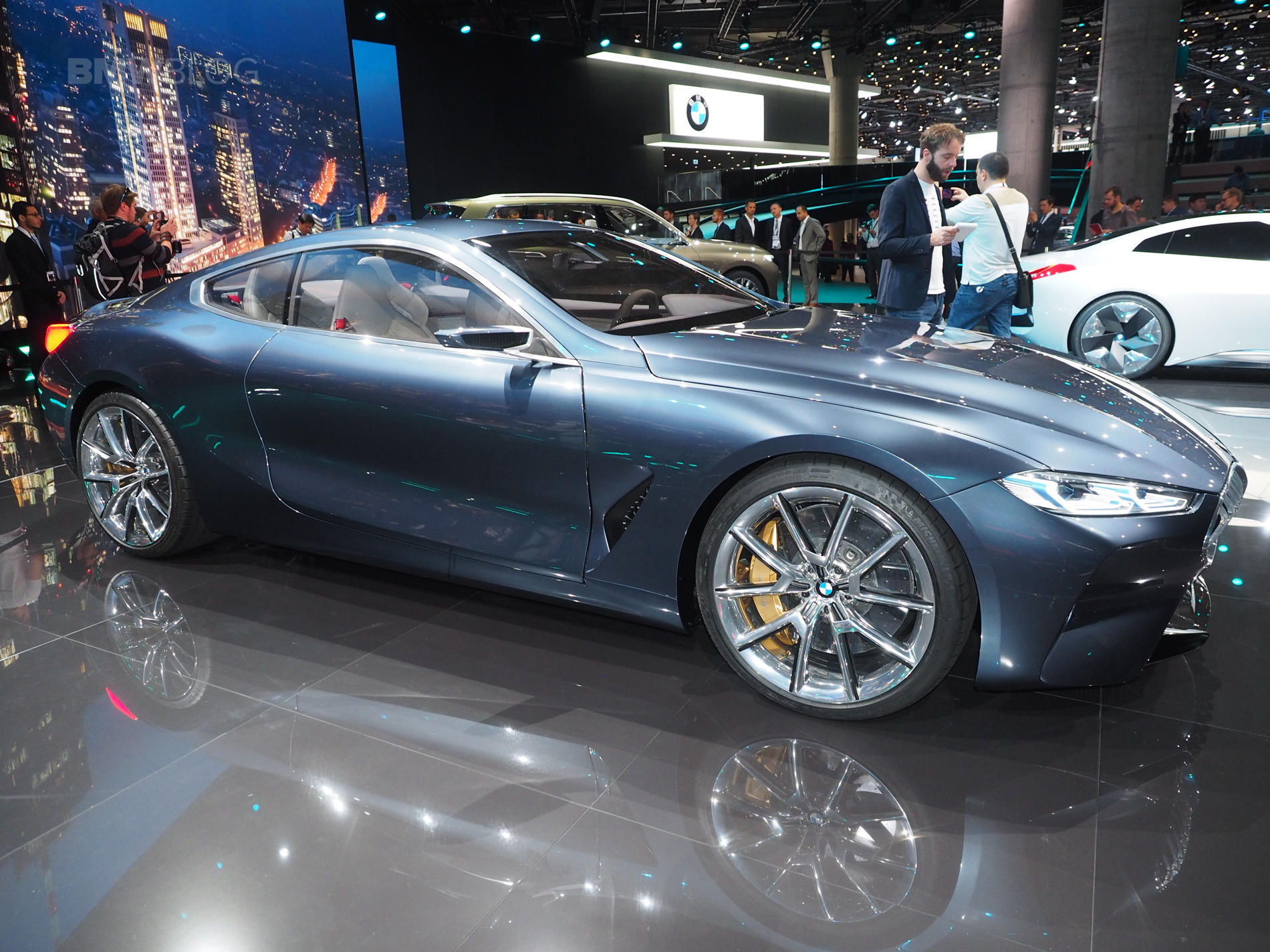 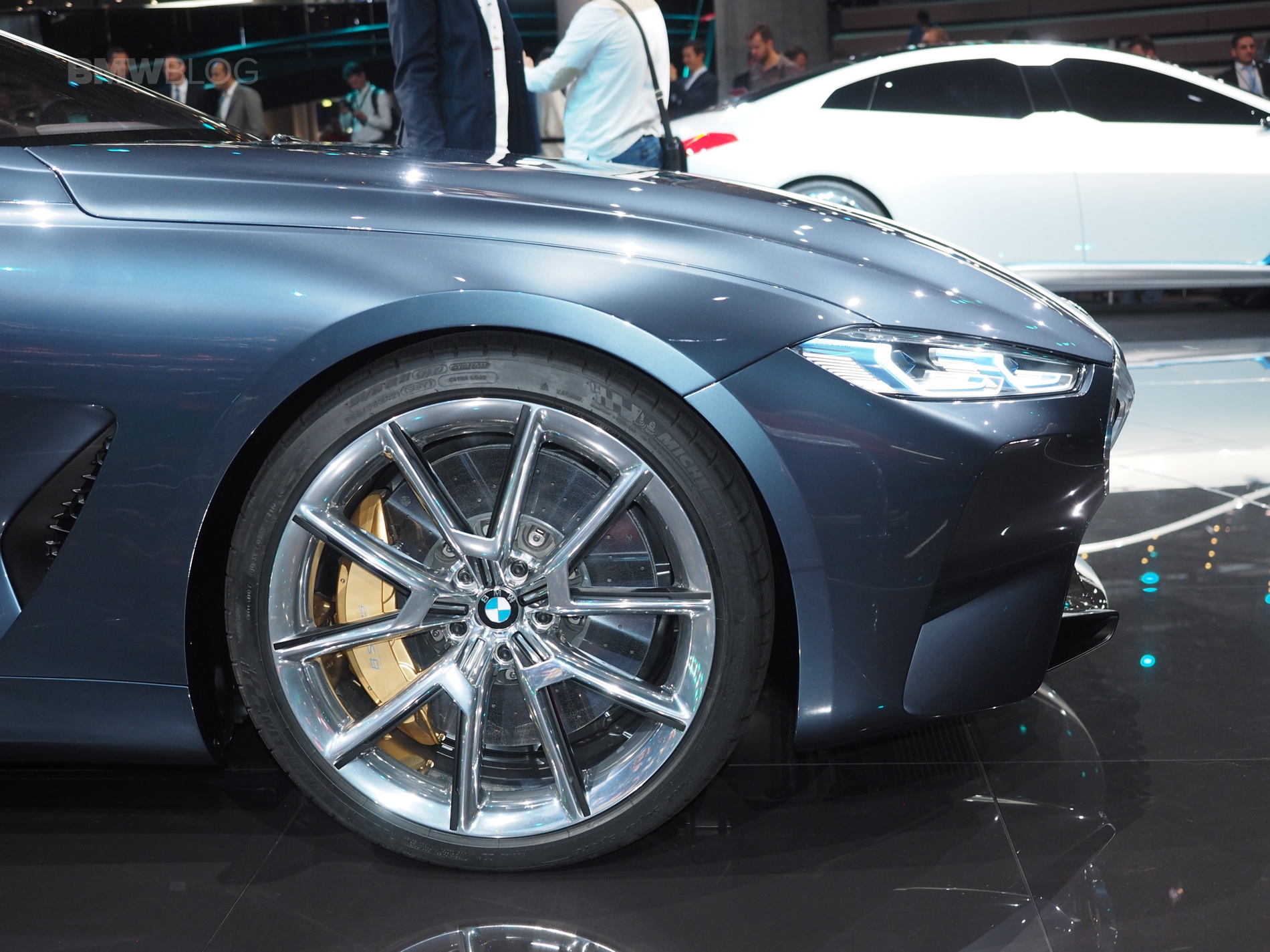