The eight iteration of the longest-running production car in the world is currently doing its first rounds in the hands of automotive journalists around the world. As expected, the UK media is the first to sample the epitome in luxury as Rolls-Royce calls its Phantom and the opinions that are coming in seem to agree with the claims made by the Goodwood-based manufacturer. The people over at Autocar, for example, have found it quite hard to grade this thing using their normal rule book.

Normally when doing a review you have to look very carefully to find the weaknesses of the car you’re driving, to present them to your audience and still be able to claim that you still got it. It has become a harder job lately as most manufacturers are coming up with better and better cars that are fixing more issues than ever, reducing your job to splitting hairs most of the time. In the case of a car that claims not to be a car but a lifestyle, things are a bit more complicated. 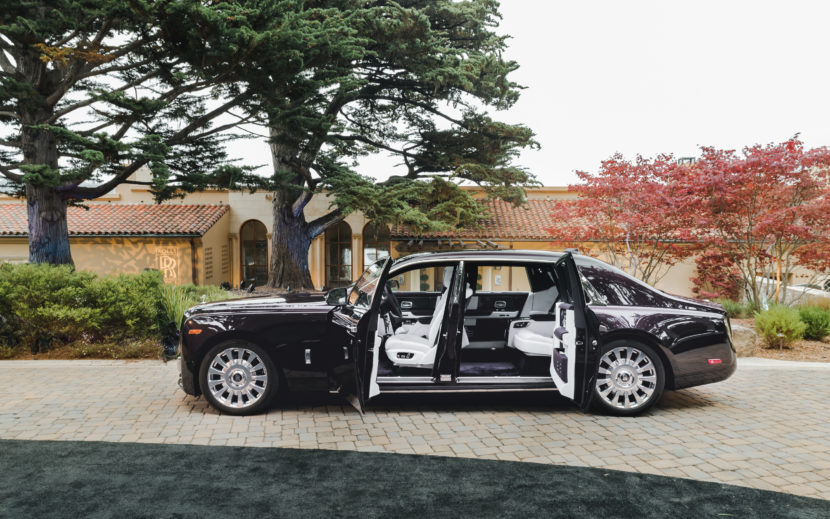 The Rolls-Royce Phantom VIII is indeed a work of art more than just a car and the incredible work put into it means it comes with a couple of interesting tidbits for the curious audience. For example, the new Phantom comes with a unique spaceframe aluminum chassis that was created specifically for it. It is stiffer than the outgoing one in some areas by even 100 percent even though it is also considerably lighter. And while that is something we’ve heard a lot of manufacturers are chasing these days, for Rolls-Royce it was done basically by accident, the company wanting simply a stiffer chassis and the lightness being just a consequence of the materials used, not a goal in itself.

In fact, the car is heavier than the one it replaces and this wasn’t an accident. The sound proofing weighs a total of 160 kg (353 lbs) while the tires have about 2 kilos of foam inside to make sure they are as silent as a church mouse. In the end it all works like a peach, the occupants of the cars being hushed away in the most serene way possible. But don’t take our word for it, just check out the video below.

One response to “Video: Rolls-Royce Phantom Reviewer Finds It Hard to Grade”