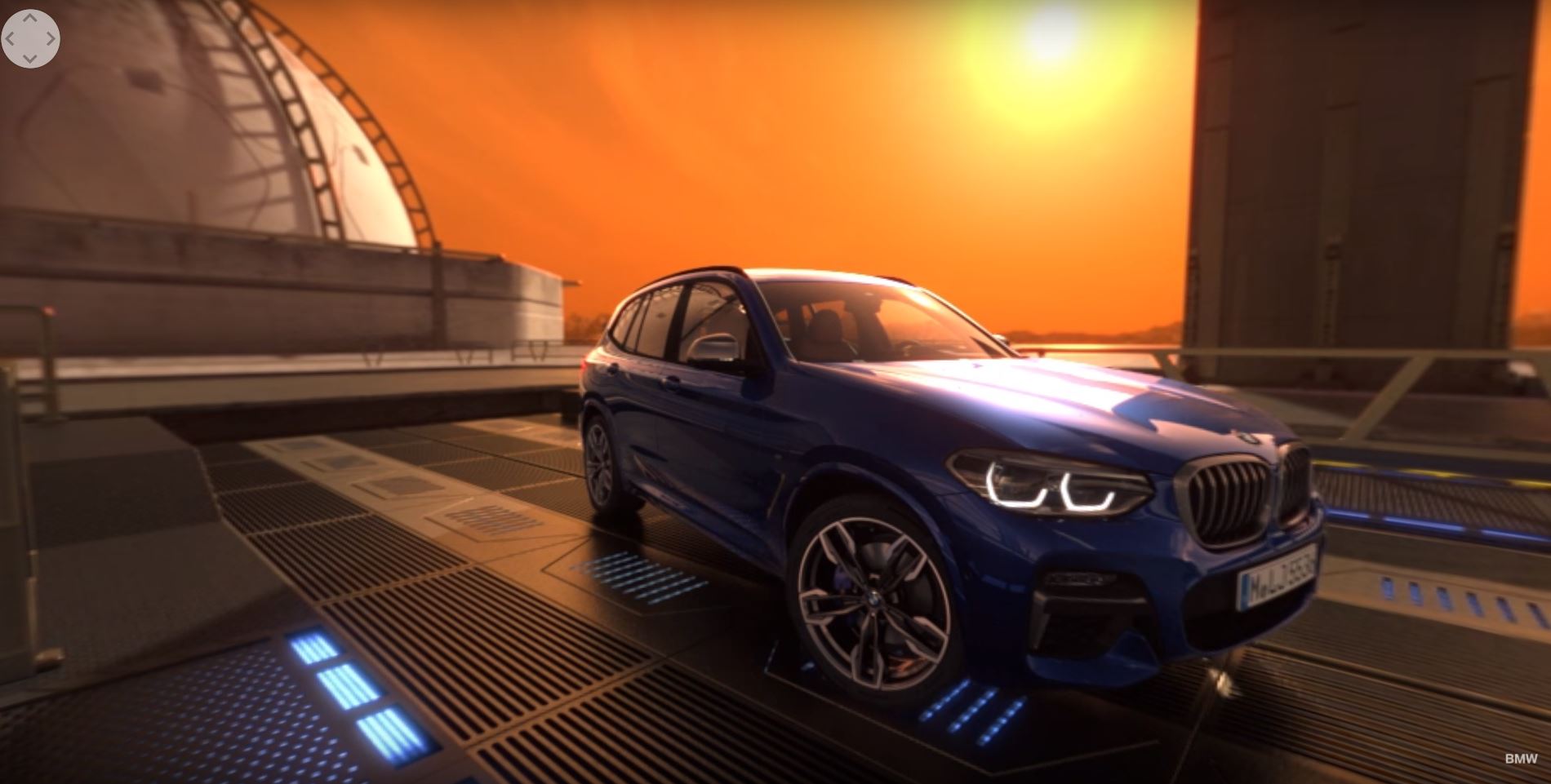 We just can’t wait to get our hands on the first BMW X3 test vehicles, to see just how much the new X3 changed compared to its predecessor. The car was officially unveiled by the Germans a while back but deliveries are still to kick off, worldwide. Plenty of customers have already put in their orders and, for them, the wait must be even worse especially since it wasn’t just the design that changed, but the Bavarians are also promising a lot of new tech.

They are also currently in the process of promoting the new SUV and their latest Youtube video definitely seems out of this world. For some reason, the minds over in the marketing department decided that a 360° virtual tour of what they think the Mars planet surface might look like would be the best choice to showcase some of the car’s new features. Apart from showing us how the interior looks like with a surround view camera, the video also points out how the BMW Personal Co-Pilot (Lane Chance Assistant, Crossroards Warning) feature works.

This is a big bit of news as BMW has banked a lot on the new Personal Co-Pilot feature. The X3 will be the first car in BMW’s range to have it and it does take a step closer to Level 5 autonomous functions that are the highly sought-after Holy Grail every car maker is pushing towards today. As per its name, the system is intended to offer you a bit more leeway behind the wheel and take over a bit more of the driving that Bavarian machines that came before it.

With the Personal Co-Pilot system the car can now not only cruise down the highway and keep itself inside the lane but also overtake at the push of a button. The video is pretty much self-explanatory but it is just a CGI creation and we’d really love to see this feature and test it in the real world. Until then, let’s just enjoy BMW’s rendition of Mars.