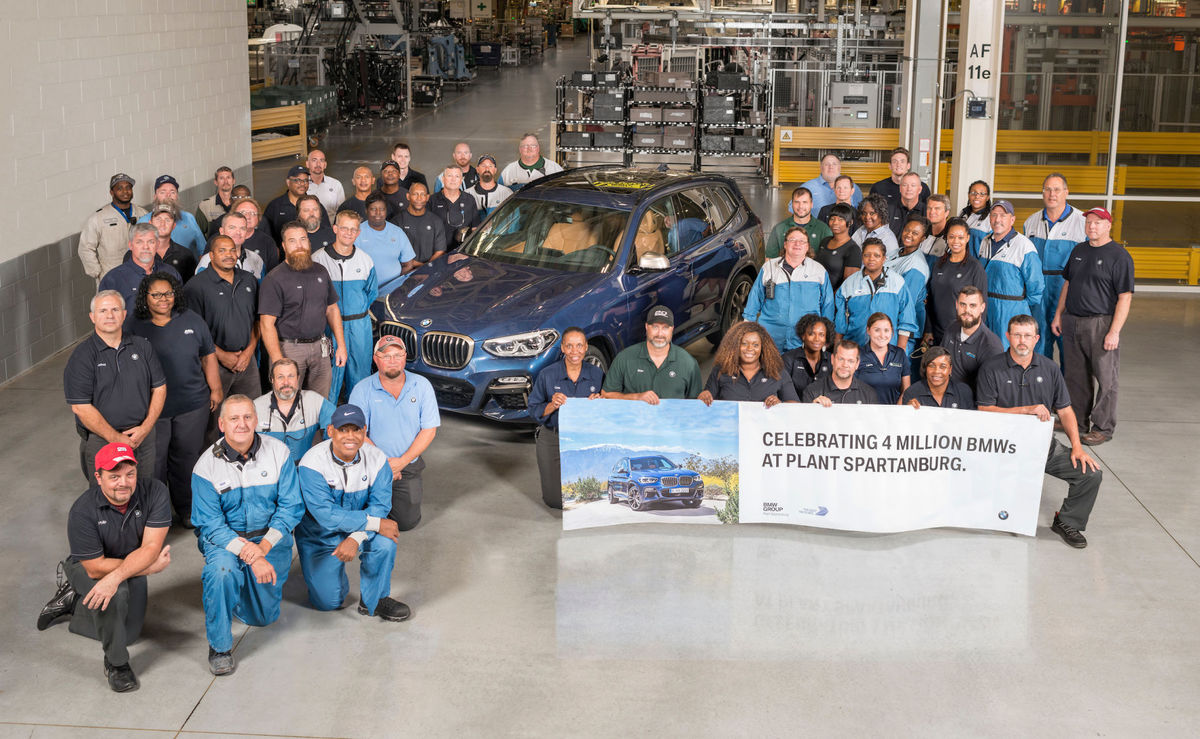 23 years ago BMW opened what it’s arguably its most successful manufacturing plant in the world. With record production of more than 411,000 units in 2016, the BMW Spartanburg is the largest BMW Group plant worldwide. Around 1,400 BMW X3, X4, X5, and X6 vehicles come off the assembly line every working day. Maximum production capacity is 450,000 vehicles per year.

Around 70 percent of the vehicles produced in Spartanburg are exported to more than 140 countries worldwide. According to the US Department of Commerce, the BMW Group is the largest vehicle exporter from the US in terms of monetary value. In 2016, 287,700 BMW vehicles with a total value of more than 10 billion US dollars were exported from Spartanburg: 86 percent were shipped from the Port of Charleston, with the remaining 14 percent dispatched from five other ports in the Southeastern United States. 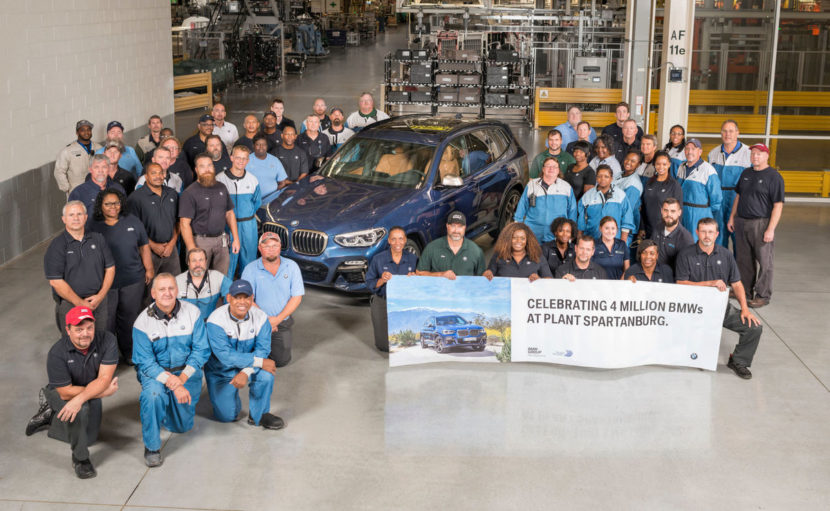 This week, the plant celebrates yet another milestone – its 4 millionth vehicle which is a Phytonic Blue Metallic X3 xDrive M40i to be sent to a dealership in Vienna, Austria.

The vehicle — “This achievement reflects the commitment and dedication of every associate to produce premium quality vehicles,” Knudt Flor, president and CEO of BMW Manufacturing, said in a statement. “Customers around the world love our products, and our X models are an important part of the company’s success.”

It took the automaker a dozen years to mark its 1 millionth vehicle — a Z4 roadster — and six years after that to hit 2 million, an X3. The third million took a little over three years, with a milestone X5 rolling off the production line on March 24, 2015. The latest million took less than 2 1/2 years to make.

In June, BMW announced a $600 million investment in the Greer plant through 2021 to install equipment for future generations of X models. An additional 1,000 jobs will be added over the next three years, bringing the plant’s total to 10,000 workers.