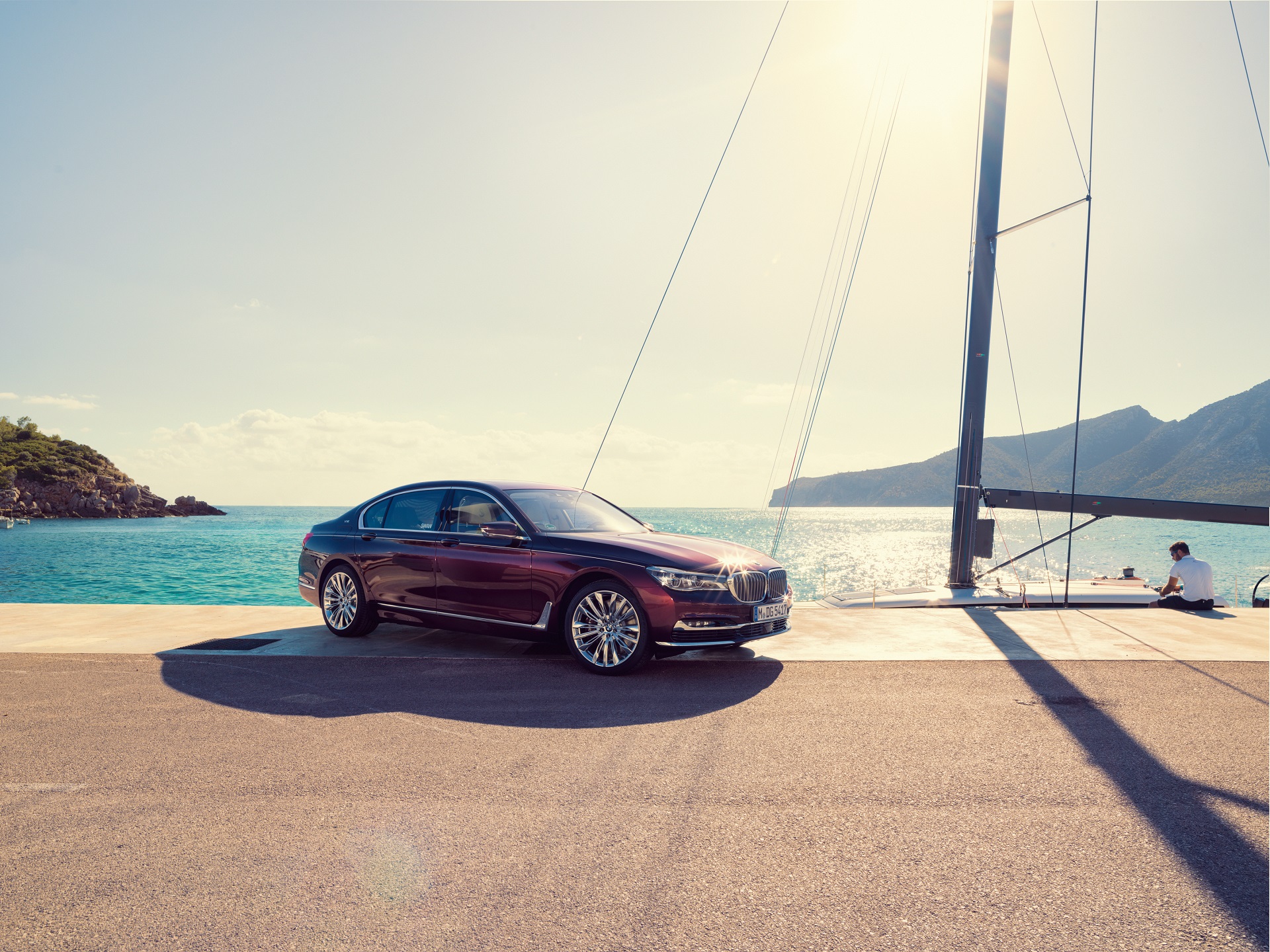 Believe it or not, BMW Individual is celebrating its 25th anniversary this year and the occasion was not to be overlooked by the German specialists. In this regard, the BMW division put together a unique, bespoke model that, of course, comes with an extra long name: the BMW M760Li xDrive V12 Excellence inspired by Nautor’s Swan. In case you’re wondering what Nautor’s Swan is, you should first know that it’s the name of a Finnish shipyard.

Of course, Nautor’s Swan is no ordinary shipyard, over its 50-year history becoming synonymous with luxurious, high-performance yachts. BMW and the Finnish yacht designer and manufacturer share a partnership of many years’ standing. The two brands appear together at prestigious regattas such as “Les Voiles de Saint-Tropez”. This cooperation has produced the one-off model, the BMW M760Li xDrive V12 Excellence being inspired by a glamorous sailing yacht. 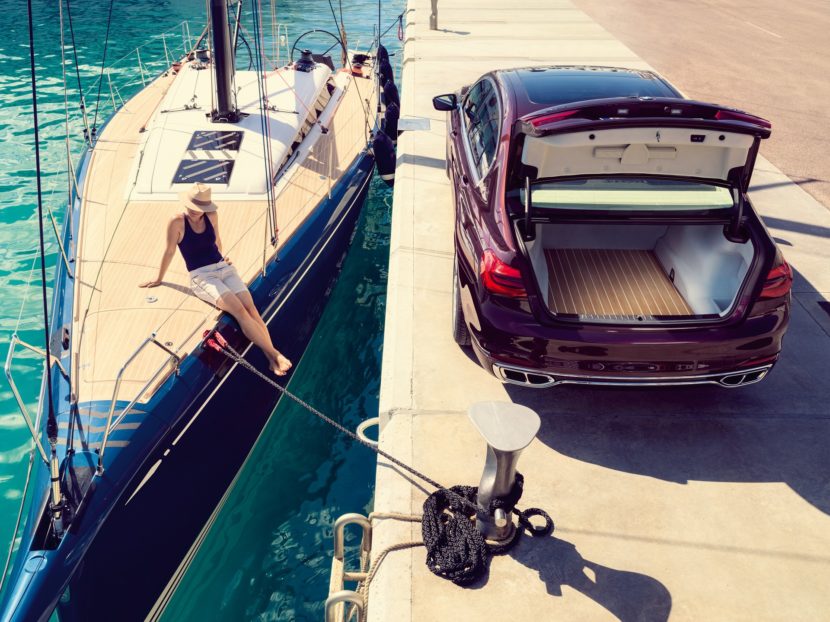 Nautor’s Swan produced some elements for this special model by hand at their workshop in western Finland. These include teak panels with joints filled precisely with a fine layer of rubber. This allows the wood to expand and contract with changing temperatures. This is particularly sensible for the deck on a yacht – but also in a car. That is why this carbon-bonded wooden component graces the boot floor in the BMW Individual M760Li inspired by Nautor’s Swan. The boot is also intricately fitted out in Alcantara Smoke White.

The interior trims, entry sills and floor mats are also made with teak and have been produced by Nautor’s Swan as the Finnish brand’s insignia is noticeable. The Nautor’s Swan signet is stitched into the headrests and cushions. It also adorns the sun visors and interior trims made of European oak on the driver’s side and the central console. The cooperation between the two brands is also apparent on the exterior. The brake calipers on the BMW Individual M760Li, which are exclusively finished in the same color as the car, each bear a raised Swan logo, which is manufactured in an extra procedure. The boot lid of the car is also decorated with the Nautor’s Swan arrow, which is usually to be found on the side of the yachts. 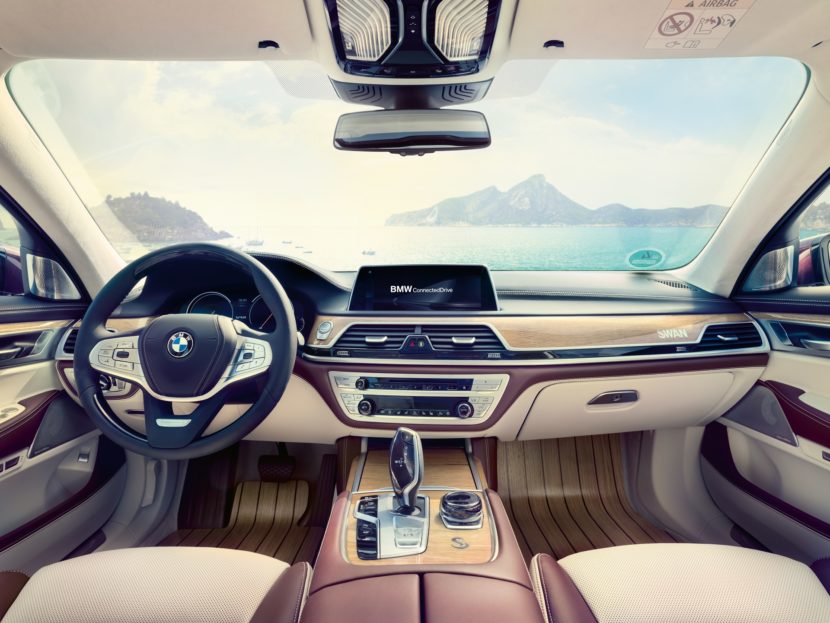 Speaking of the car’s exterior, the special model comes finished in the BMW Individual color Damask Red and with a two-tone fine-grain Merino leather interior in smoke white and Criollo brown. The same is true of other features finished in leather, such as the footrests in the back of the car. BMW Individual takes the full leather interior to the next level, integrating top-quality BMW leather varieties into the trims for the A and B pillars, seat trims, door sills and the side covers for the instrument panel. The vehicle manual is also produced inside the Manufaktur and bound in Criollo brown Merino leather. 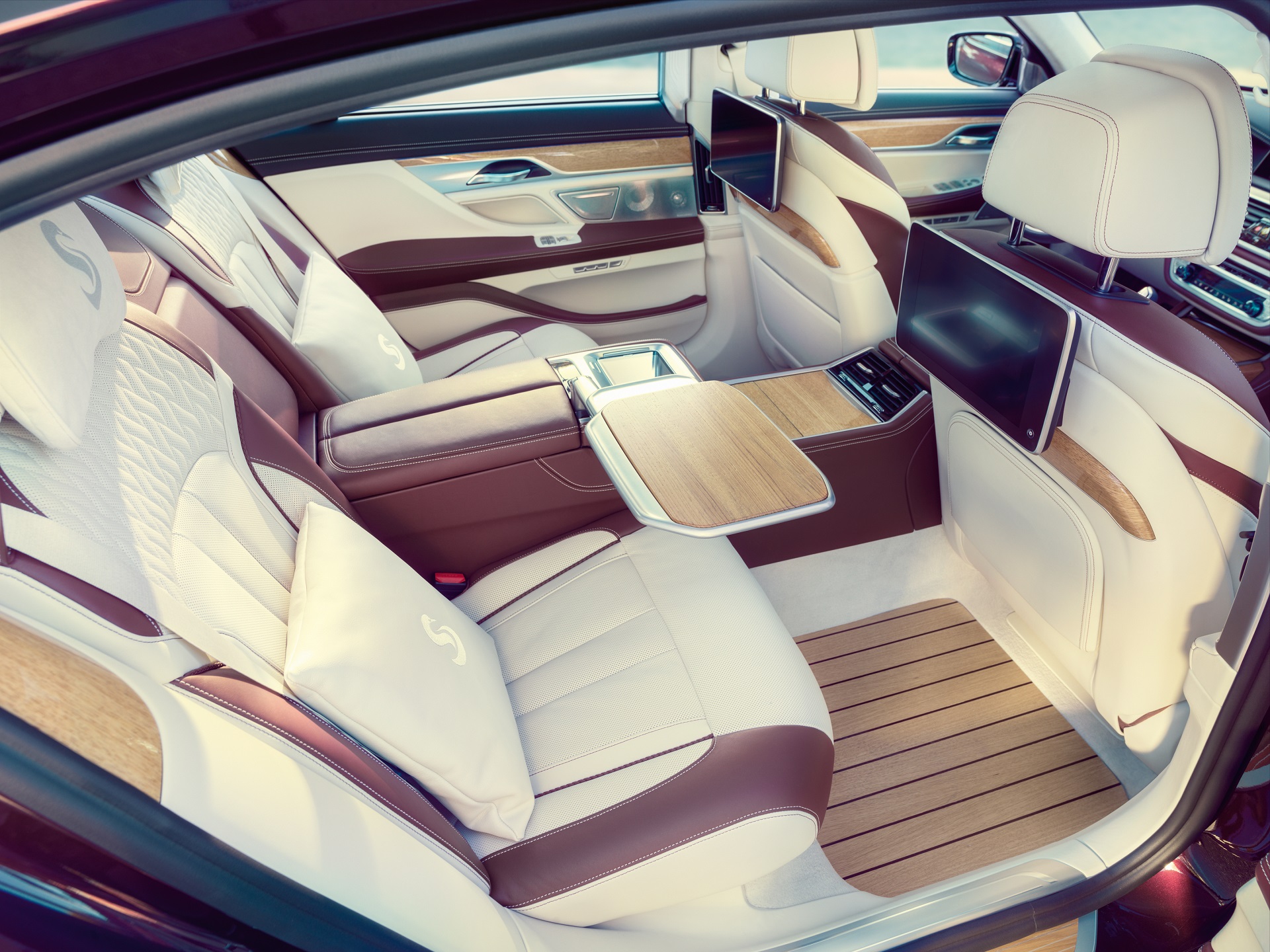 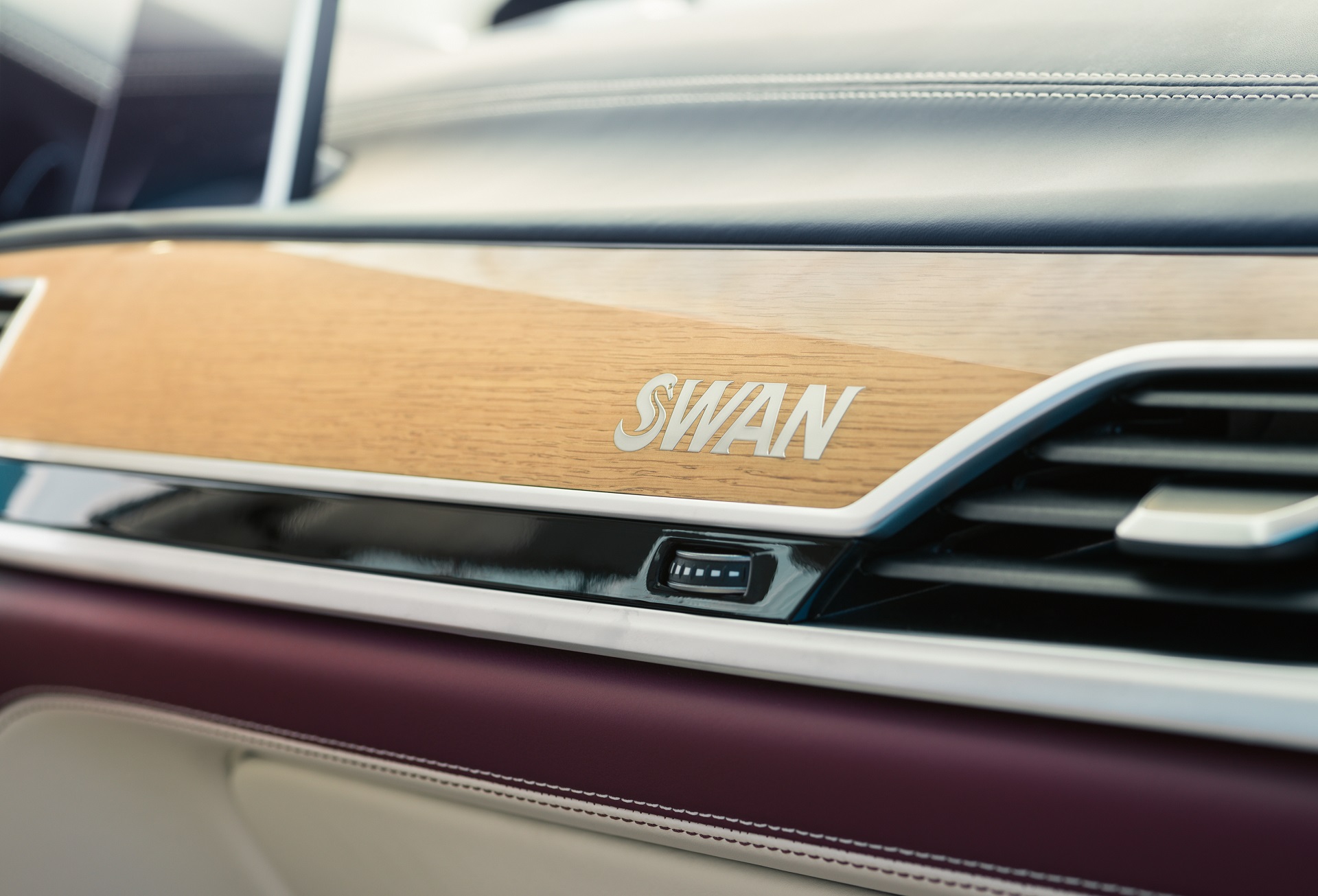 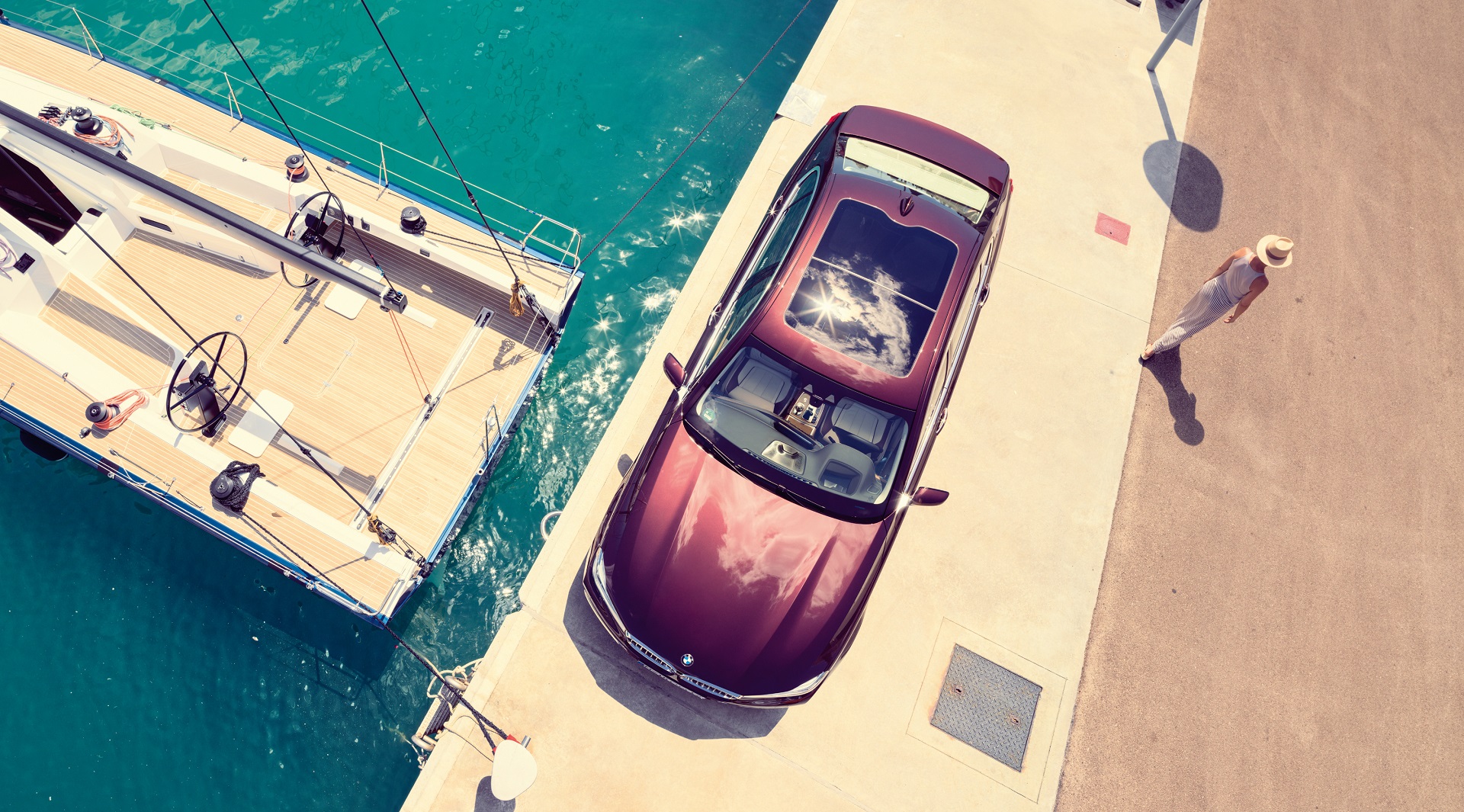 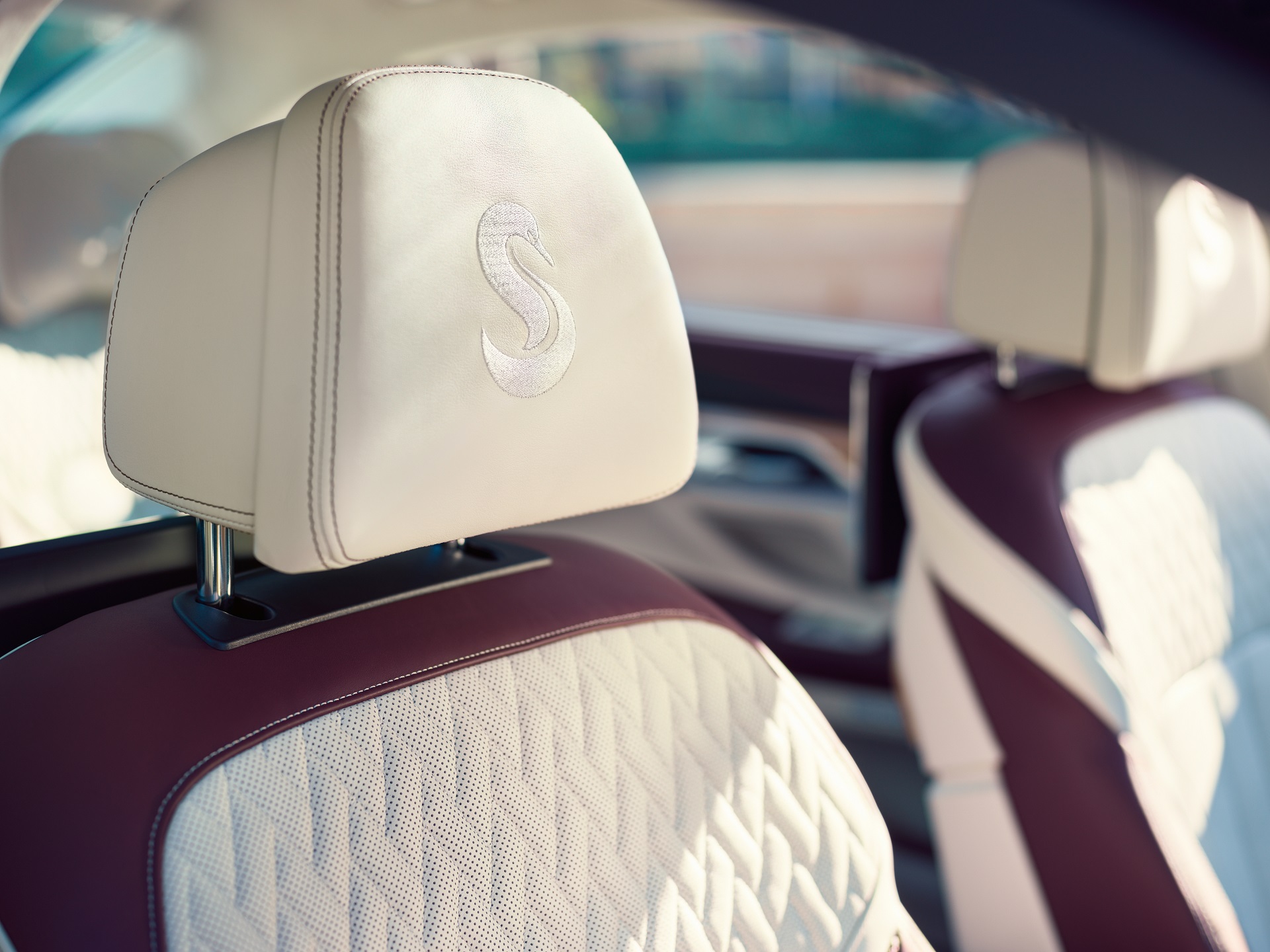 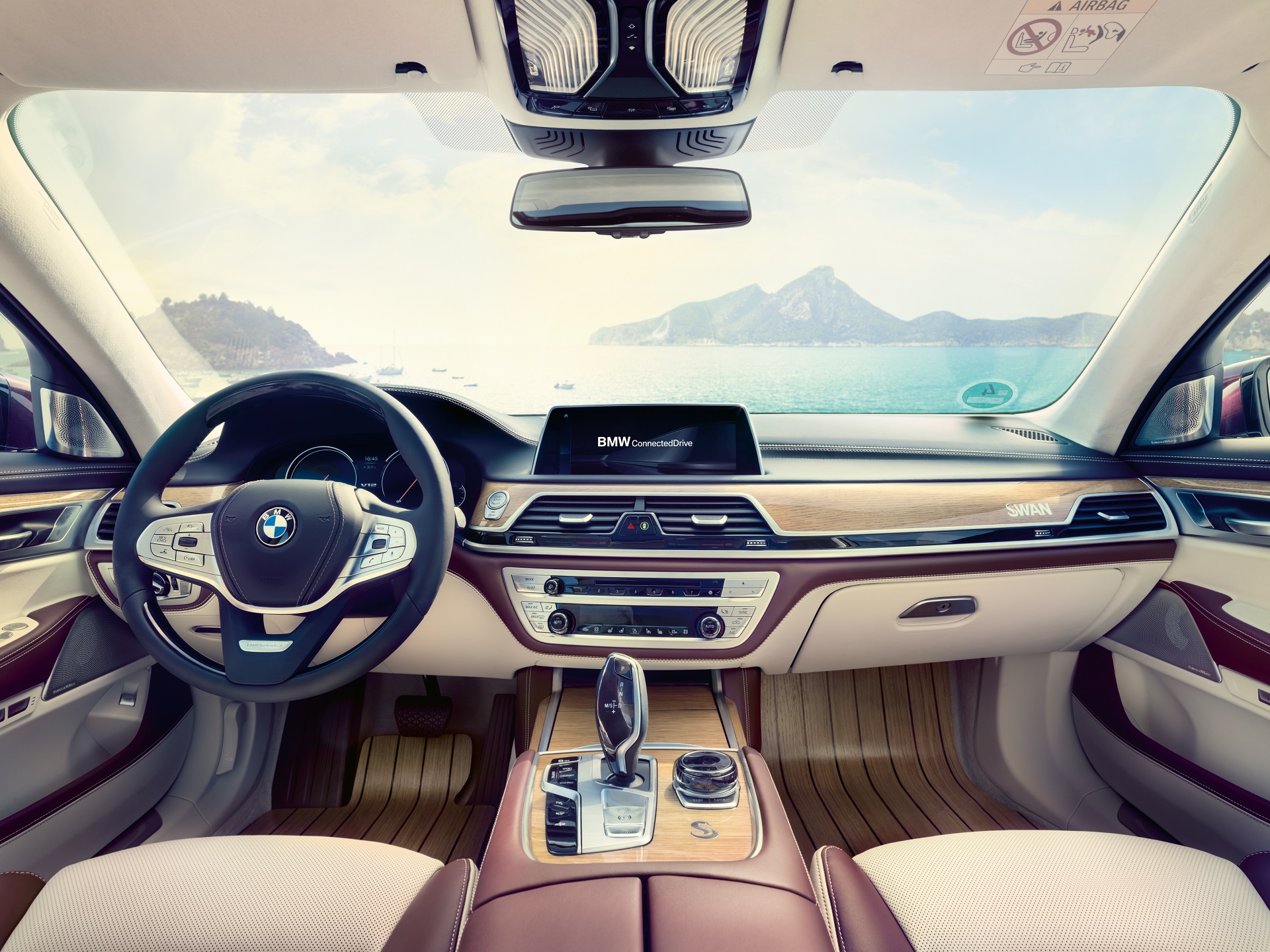 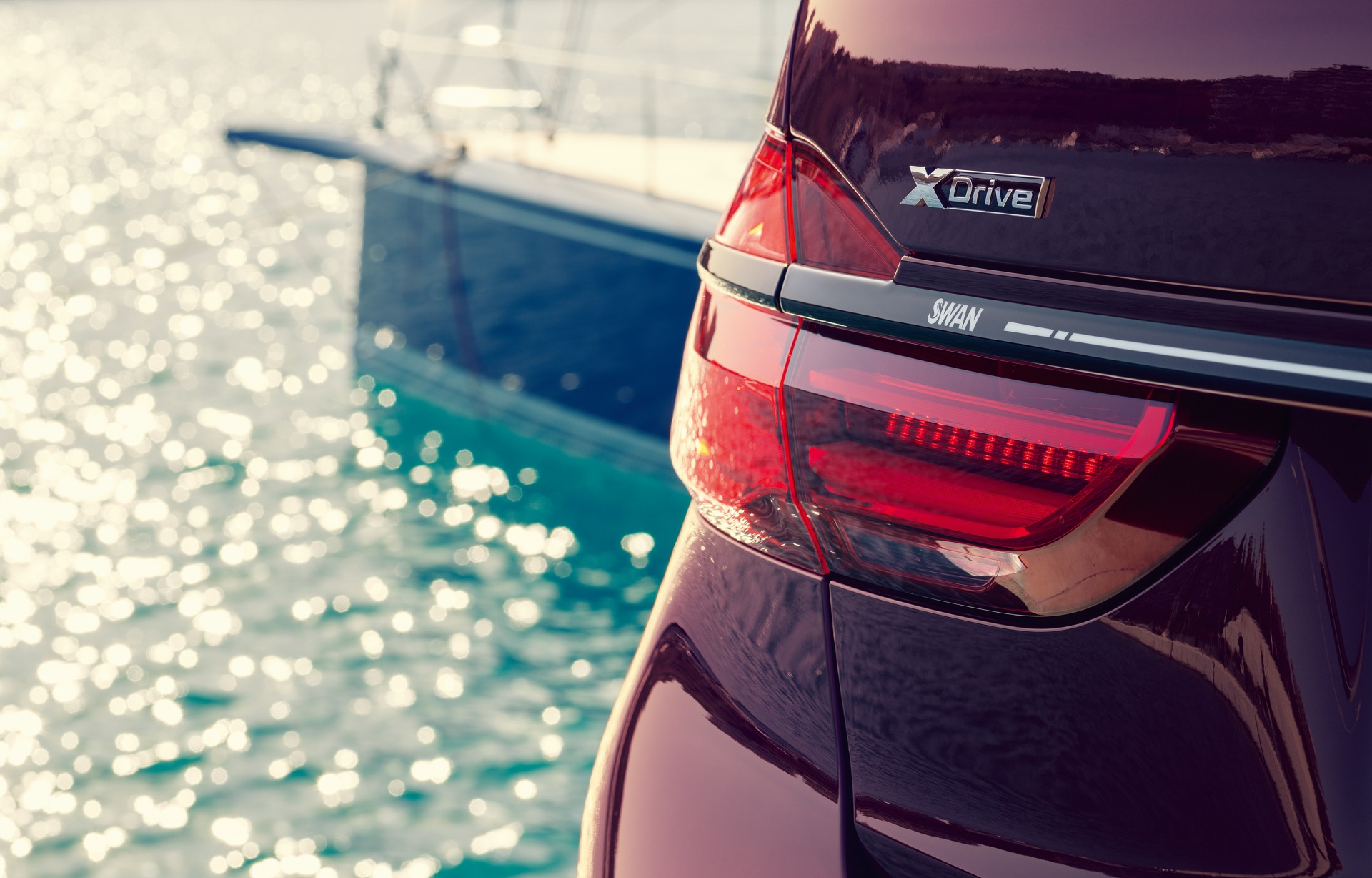 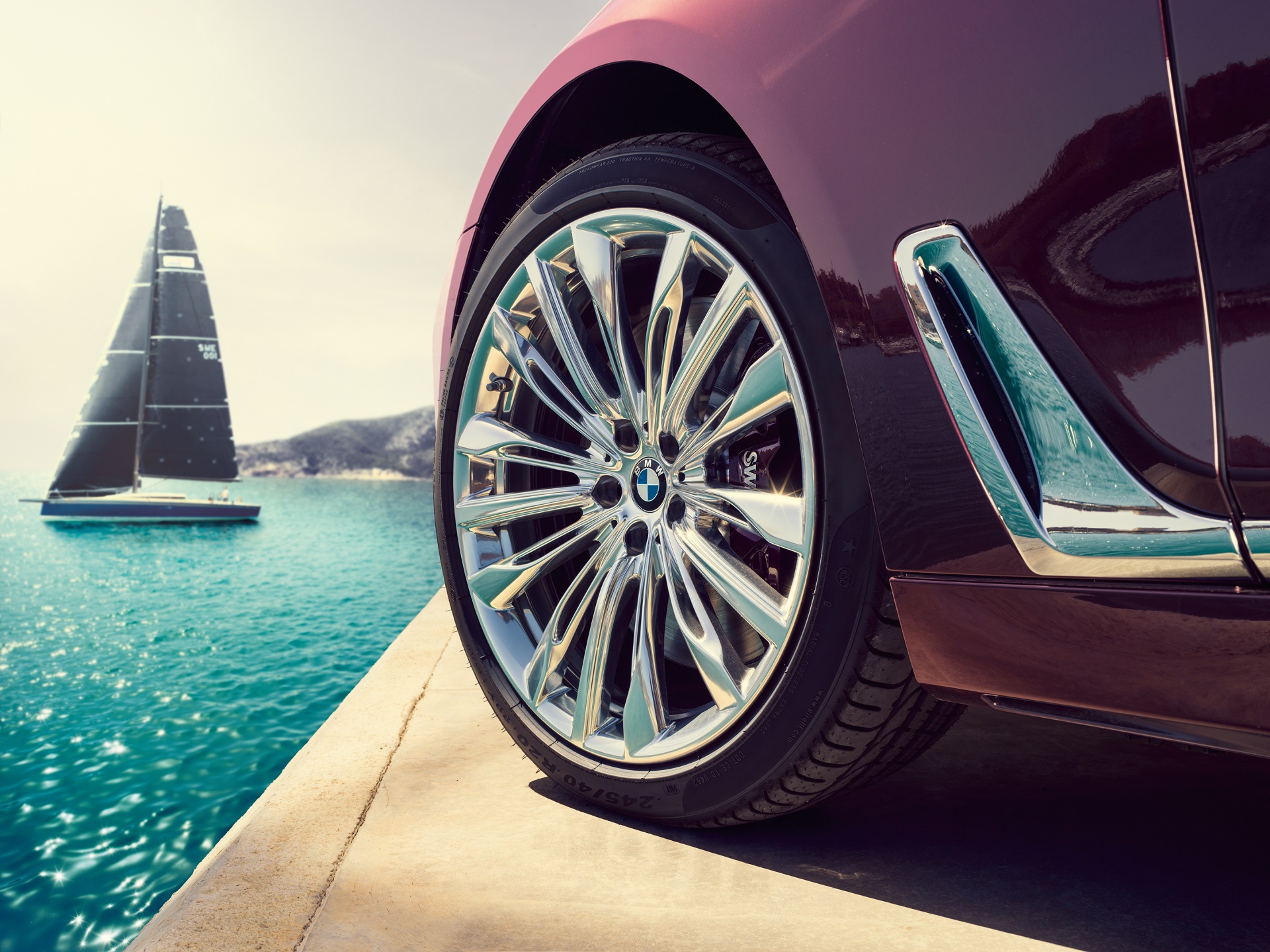