E34 BMW M5 Touring up for sale on Bring-A-Trailer 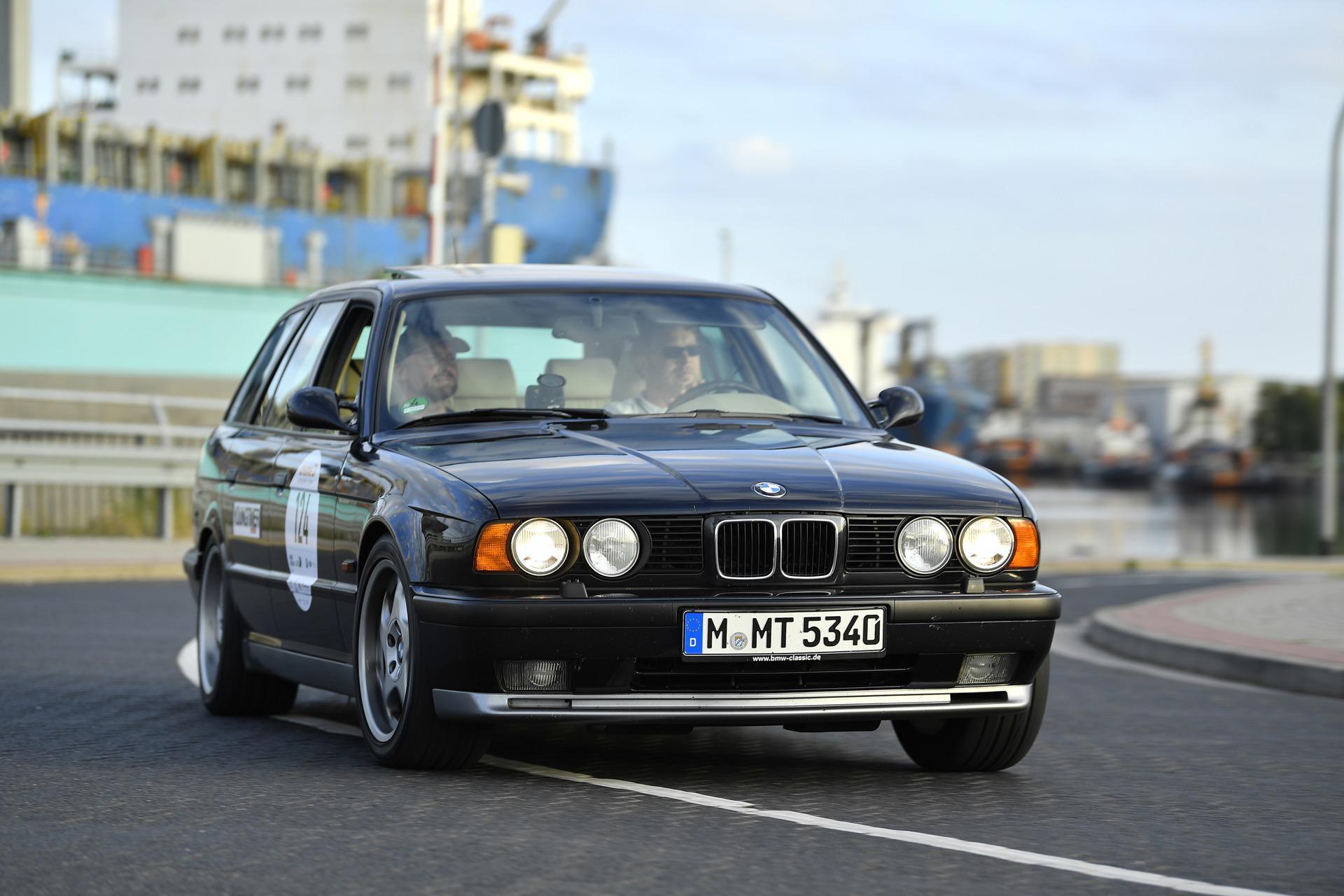 There’s been a lot of electric car talk as of late. With the announcement of BMW launching twelve new EVs, an upcoming Tesla Model 3 fighter from BMW and the new Nissan Leaf, it seems that it’s all about electrics, lately. So let’s get back to old-school, gasoline-burning sports cars, shall we? Recently listed on Bring-A-Trailer is a 1994 E34-generation BMW M5 Touring and it’s pretty flipping cool. At the time of writing this, the bid is only at $1,994, ironically, but there are seven days left to bid so that will certainly go up considerably.

This completely unmolested E34 M5 Touring looks to be in superb condition and may just be wearing the best possible color scheme. With Avus Blue Metallic paint over Black Nappa leather, it’s an enthusiast’s dream. While I was never a fan of the E34 5 Series sedan’s styling, as an M5 wagon, there’s something very right looking about it. Especially with those M Sport wheels. There’s just a really clean, well-proportioned, boxy look to it that I find really charming.

Inside, everything seems to be in really good condition. Even the leather on the seats looks superb. There aren’t any cracks in the dash, nor have any of the black plastics begun to fade from the sun, which is prone to happening on this era of BMW. The trunk’s carpet has faded a bit, from black to a sort of grey, but that’s going to happen without window tint and isn’t a big deal. It’s still in great shape and looks really clean. Personally, I never liked that steering wheel, as I feel it looks sad and I don’t like the unpainted roundel. Still, though, this cabin looks very good.

Also, check out some of the material quality. The transmission tunnel and glovebox door are trimmed in leather, which is really nice compared to the typical plastics. Sure, the stitching isn’t perfect but who cares.

Under the hood lies the later model M5’s 3.8 liter naturally-aspirated I6 engine. Making 340 hp and 295 lb-ft of torque, it was a bit more powerful than the early E34 M5’s 3.5 liter engine. When paired with a six-speed manual transmission and rear-wheel drive, the E34 M5 Touring was capable of 0-60 mph in about six seconds. This specific car is a Euro-spec car, meaning it has a bit more power and performance than US-spec variants.

With 203,000 km (126,000 miles) on the clock, it’s not exactly fresh but it’s not exactly worn down, either. For its age, 126,000 miles isn’t bad at all. In fact, it’s actually pretty good. It shows that this car was driven and driven often, not just kept in a garage, but also that it wasn’t beaten on and seems to have been taken care of.

Thanks to fancy electronics and electric powertrains, modern cars are becoming too fussy and complicated to be anywhere near as enjoyable as older cars like this E34 BMW M5 Touring. If you have some cash to spend on an old car, it’s well worth keeping an eye on this auction, as cars like this don’t come around often.