Compared to its cheaper rivals, the BMW i3 has always been a bit hamstrung on range. While using a 60 Ah battery, the BMW i3 had a range of around 80 miles, which was about the same as a Nissan Leaf. However, the Leaf then bumped range to 107 miles. So BMW upped its i3 to 90 Ah, which gave it 114 miles. Then, the Chevy Bolt came out it its 238 miles of range, squashing both while being cheaper than the i3. Now, Nissan has come out with a new Leaf, which will boast a further range than the i3 again, for significantly less money.

How far of an EV range will the new Nissan Leaf have? About 150 miles. Which, frankly, is still a bit small these days. But it’s more than the i3 and almost as much as the BMW i3 REx. Plus, the new 2018 Nissan Leaf will only cost around $30,000, or about $15,000 less than the i3. To add insult to the i3’s injury, Nissan will be debuting an SL trim level next year that will come with a bigger battery. That larger battery will give the Leaf a supposed range of 225 miles, really rubbing salt in BMW’s wound. 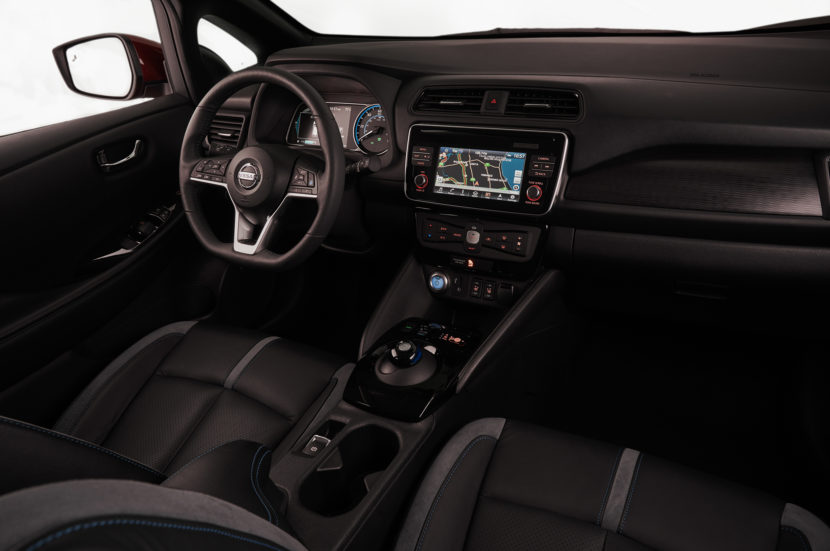 In terms of design, the new Leaf is far improved over its predecessor but still a bit ungainly. That could just be me, though, as I really don’t like the new design language of all Nissan/Infiniti products. This new Leaf looks better than before but still like a bug, post windshield-splatter. On the inside, it’s again better but drab. It seems to be a see of black plastics. Ergonomics look good and the screens look smart but it’s a bit dark and a bit too staid.

Admittedly, BMW has announced that it’s working on twelve new EV models and it’s likely that it will have at least one car to combat such EVs. But we don’t yet know what those cars are, what then entail or how much they will cost. So, for now at least, the BMW i3 has begun to be backed into a corner.