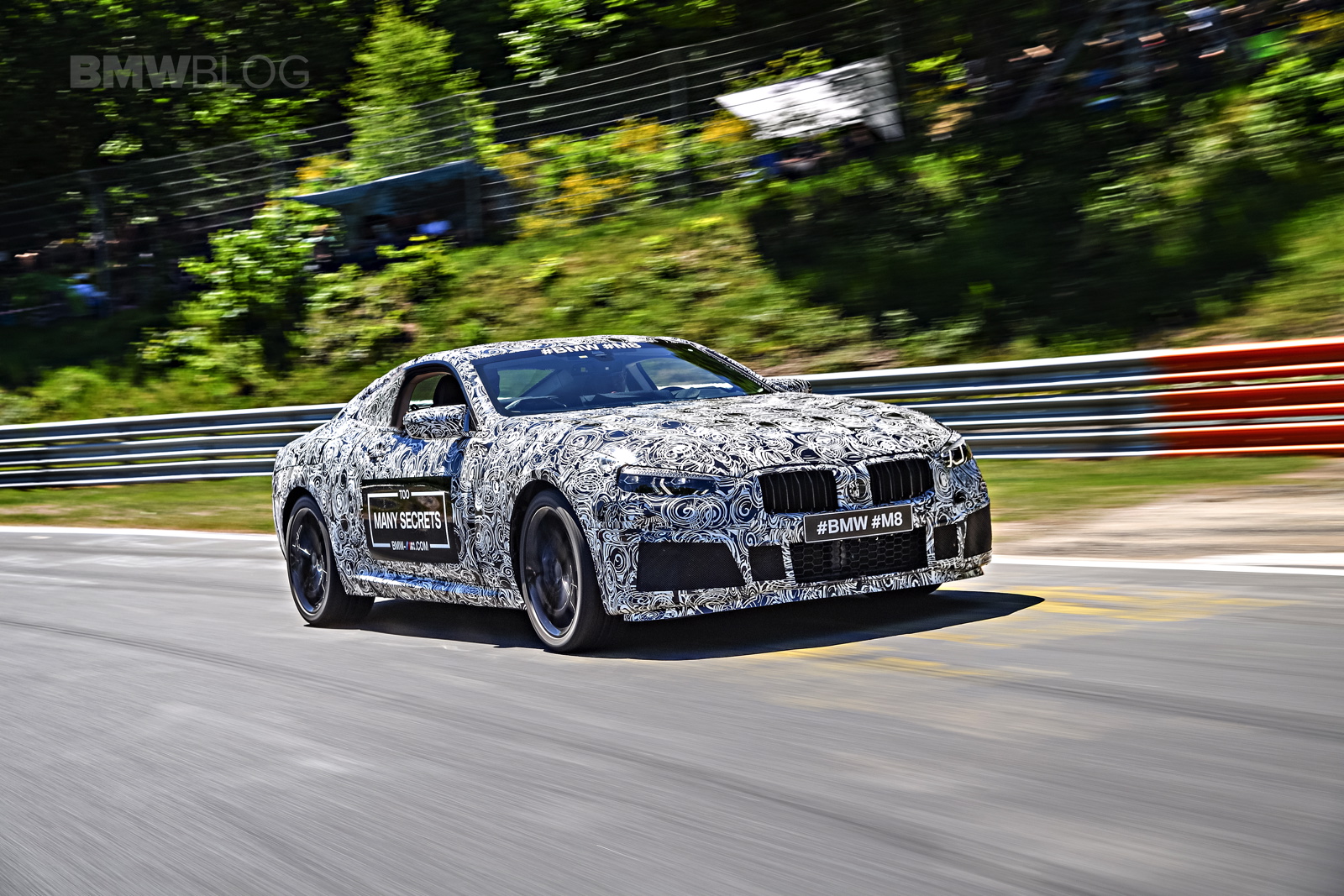 For years, the idea of a BMW M8 was a pipe dream. After the first-gen 8 Series, fans always wished that BMW had developed an M8 out of it, to add killer performance to its killer looks. Except it never happened. Well, sort it. BMW did actually make an M8 supercar but it never actually came to be, as only one was ever made and it never left Bavaria. So when fans learned of the upcoming BMW M8, they rejoiced that their dreams had finally come true.

The soon-to-be BMW M8 will come in two variants, Coupe and Convertible. The latter of which has just been caught doing some testing while wearing heavy camouflage. (we don’t own the spy photos but they can be seen here)

In the pictures, we can see the BMW M8 Convertible leaving a garage in Germany and it looks extremely promising. From the front, the nose is low and lean, looking angry and aggressive. There seem to be large air intakes in the front as well. It also seems to have some aggressive hood lines, like a proper M car.

Out back, it looks like a proper old-school GT car. The rear deck is short and wide, with a little decklid spoiler. It’s also sporting quad exhausts, like a proper M car should. Though, that’s about all you see, as the M8 is covered in camo.

It’s in profile that the BMW M8 Convertible really shows off its styling, though. If you didn’t know this was a BMW, from the side, you would be forgiven for thinking it was an Aston Martin. It’s low, sleek and seductive in its shape. It looks like a British GT car, something that James Bond might drive. We’re also happy that BMW went with a soft-top convertible, as the folding metal hardtop is cool but far too heavy and complicated. A soft top is much more in keeping with a luxury GT car.

We’re incredibly excited about the M8 Convertible, as it’s one of the all-time dream cars for BMW enthusiasts. It’s finally coming and we can’t wait.