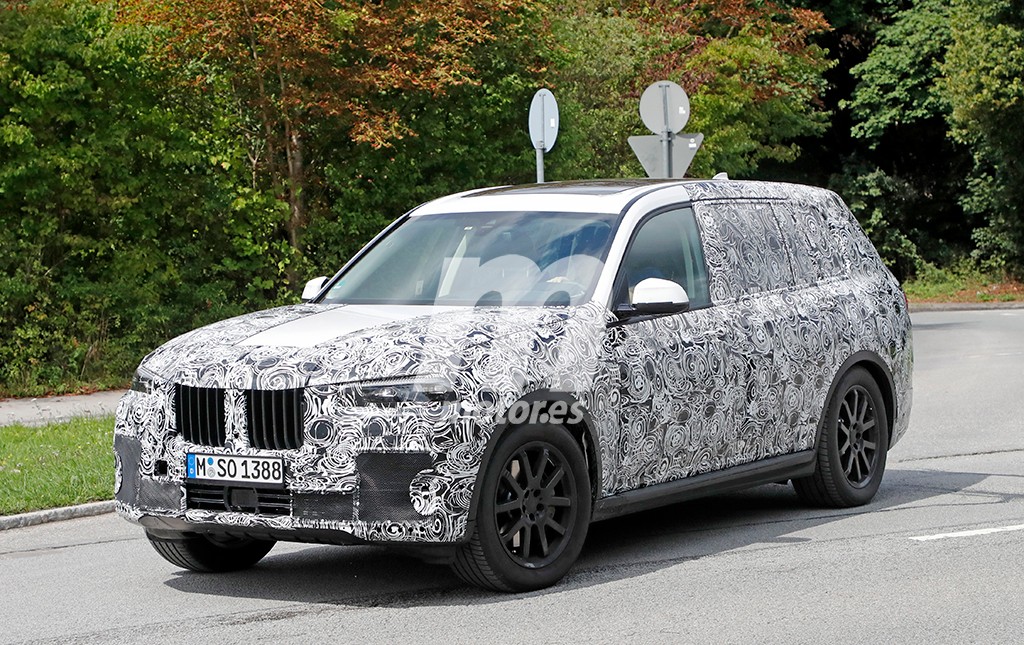 The upcoming BMW X7 was spotted once again in Spain. The new spy shots reveal a bit more than before, giving us a decent look at the headlights’ design with Laser Light technology. The upcoming BMW X7 will be the brand’s largest, most luxurious SUV and will act as a sort of flagship for the brand. It will pack three rows, with seven seats, making it ideal for larger families.

While almost the entire car is covered in camouflage, there are still some details that can be seen. For instance, the Hofmeister Kink can clearly be seen in the photo above. There are also kidney grilles large enough to inhale small squirrels as it drives along. Out back, we can also see very rectangular tailpipes. These seem a bit different than the ones on, say, a BMW M550i. Expect the X7 to wear a unique front bumper that helps it distinguish itself from the X5. 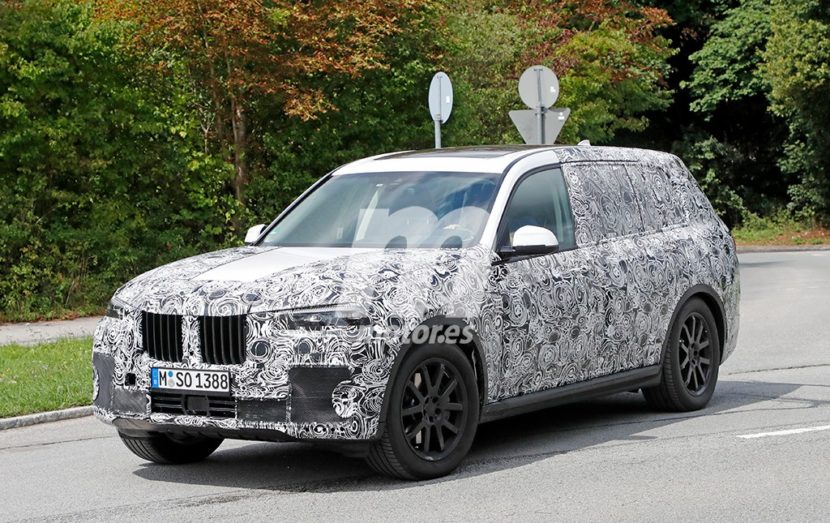 A plug-in hybrid variant could be similar to the drivetrain used in the 740e, which packs a 2.0-liter BMW TwinPower Turbo inline four-cylinder, 16-valve 255-hp engine, combined a twin-scroll turbocharger with variable valve control (Double-VANOS and Valvetronic), high-precision direct injection and eDrive 111-hp electric motor. Total power output of 322 hp. Of course, a six-cylinder powerplant paired with an electric motor is possible as well. 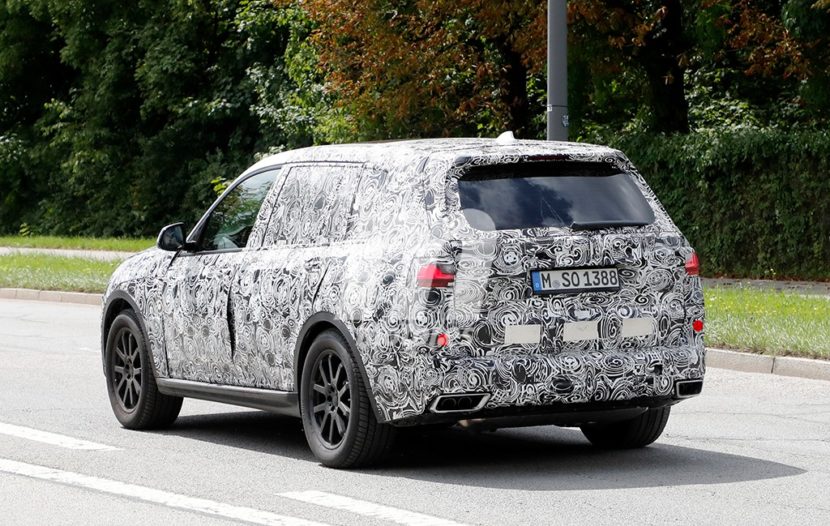 When it arrives in the U.S., likely next year as a 2019 model, it will top BMW’s range of SUVs and will compete against the Range Rover and Mercedes-GLS. It will enter production at BMW’s plant in Spartanburg, South Carolina alongside the X3, X4, X5, and X6 crossovers. 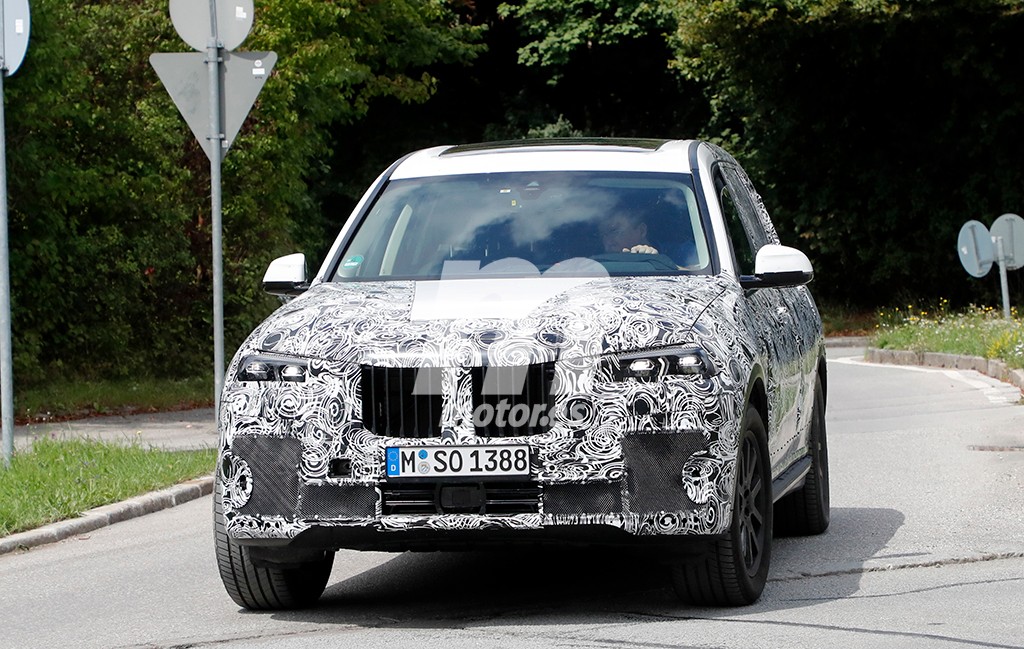 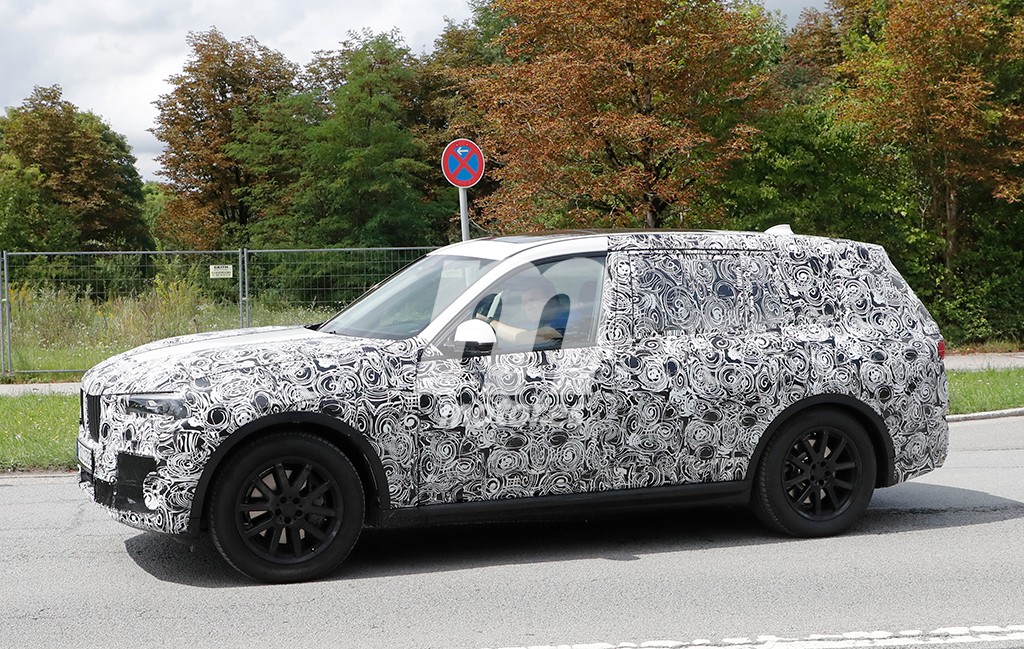 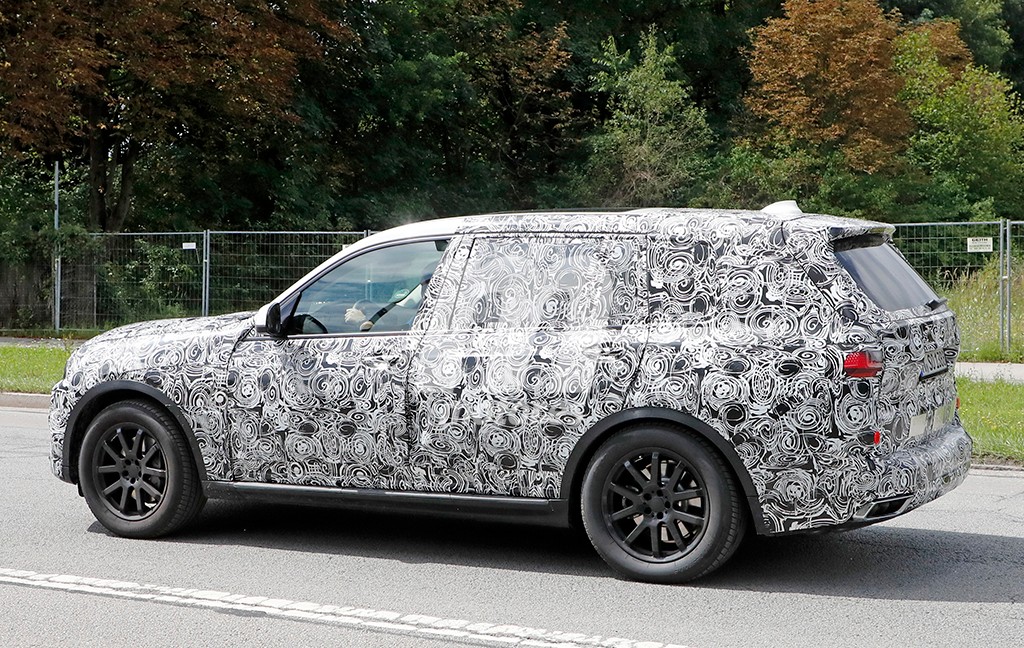 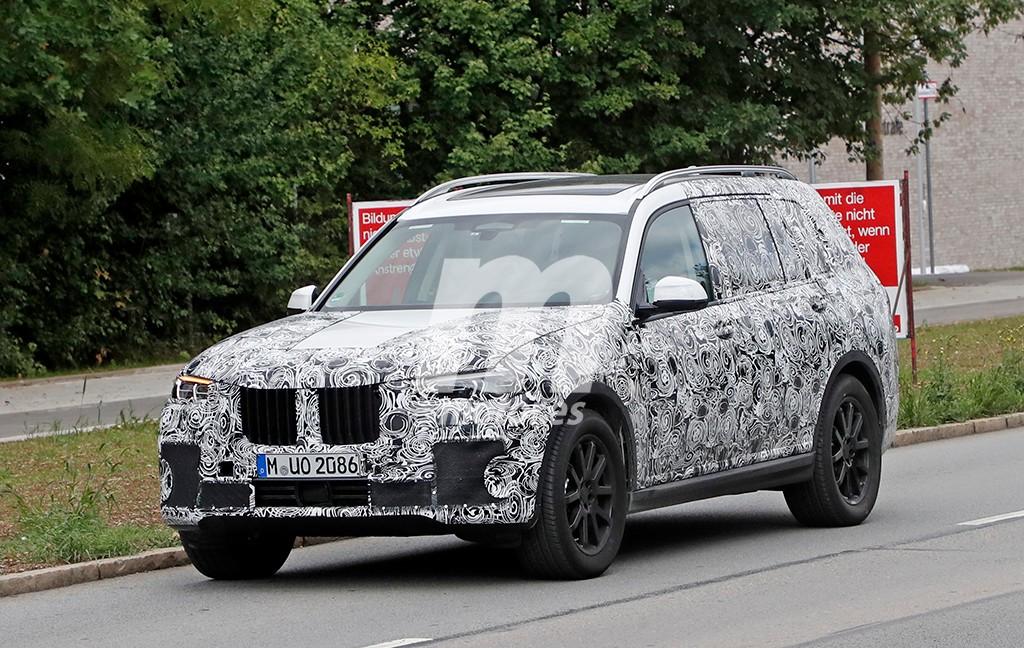