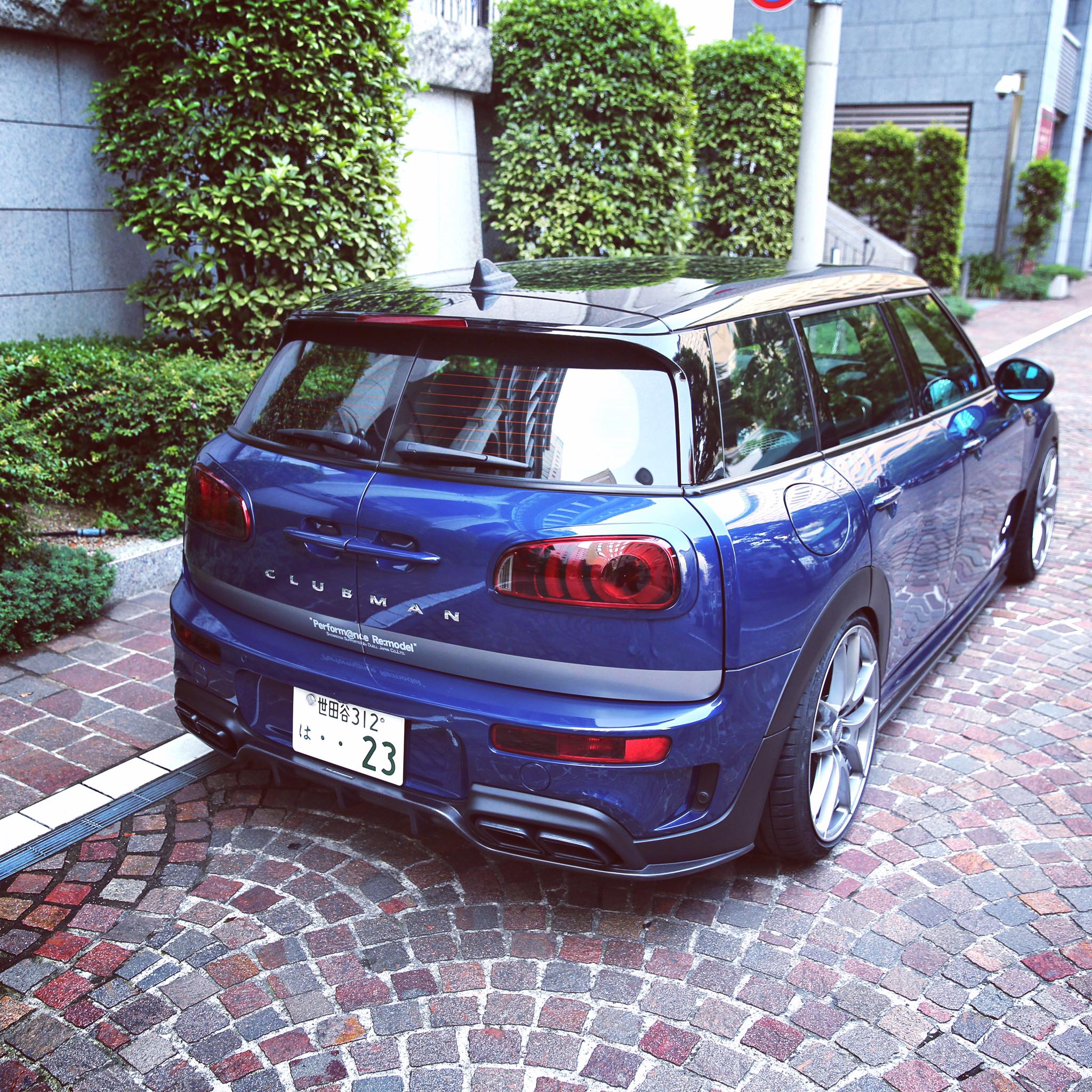 The MINI Clubman might’ve grown in size quite a lot from its predecessor but it’s all for a purpose. MINI plans to give cars like the Volkswagen Golf a run for their money and in that regard, they started making larger models, even if that upset some of the people still hung up on the company’s name. When the John Cooper Works model was announced, we knew that MINI means business and that opened up a host of possibilities for tuners out there.

And while we do appreciate all the aftermarket bits and pieces offered for the Clubman, to spice things up, we can’t say we understand every endeavor out there. For example, this project hailing from Japan doesn’t seem to make a lot of sense, at least to me. You see, while from up front and the sides nothing seems oddly out of place – even with the added bits, part of the tuning package – once you look at the rear bumper you might notice a thing or two that’s out of place. 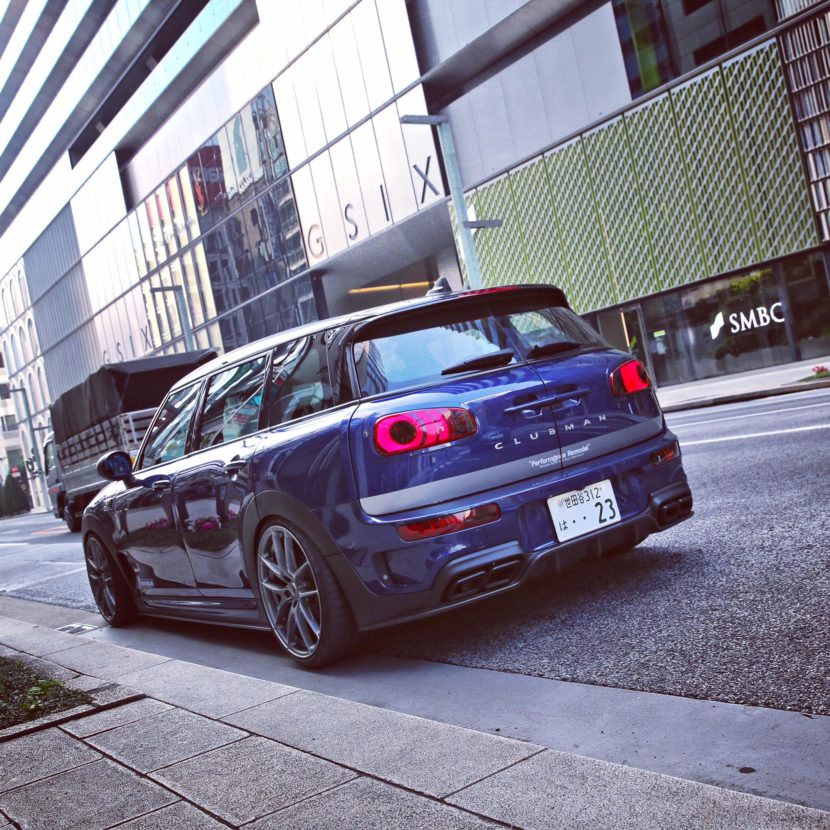 That’s right, this MINI Clubman now seems to be sporting an AMG-style exhaust. The squared-off and blacked out design do remind us a lot of what the car’s rival from Stuttgart is wearing, the A45 AMG being fitted with similar tips. Nonetheless, this is not the JCW model but a Cooper S version which means the comparison wouldn’t exactly stand as the power discrepancy between the two would make it redundant.

Even so, we can’t help but wonder just how this thing sounds and whether there’s more to the exhaust we see here other than just the tips. What if the entire exhaust was changed. Would that improve the way the car sounds or just ruin it instead? Unfortunately we can’t tell as there’s no video of it running but we did find a video comparison between a JCW MINI exhaust and the sound a CLA45 AMG has and we posted it below, to let you choose your favorite.