When you’re thinking of the Rolls-Royce brand you’re not necessarily thinking about standard sprint times and track capabilities. The Brits are usually associated with the ultimate luxury when it comes to cars and they definitely deliver. However, recent research showed that the average age of the Rolls-Royce buyer is going down drastically and that led the company to a slight change of heart. The Goodwood-based automaker has been launching more and more attractive models for younger crowds, looking to cater better to their needs. One such model is the Rolls-Royce Dawn. 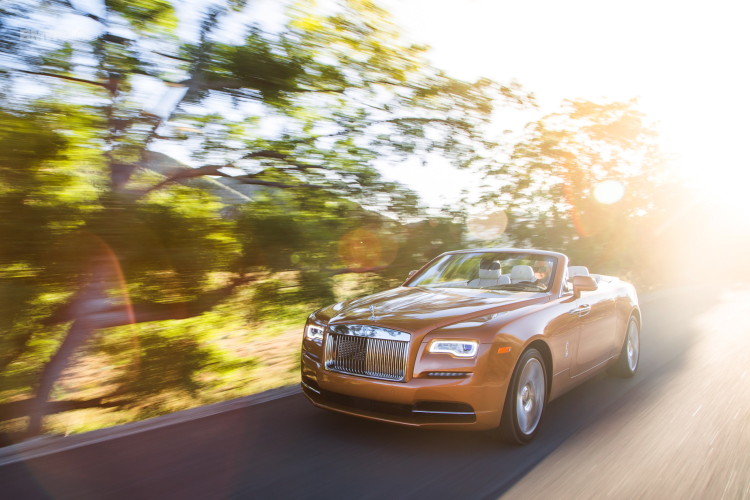 Underneath that sexy body hides the same chassis used by the Wraith and the Ghost. The former is considered by Roll-Royce as the sportiest model in its range and the specs definitely confirm it. Of course, you can’t think of any Rolls as a track car, but as far as land yachts go, they do a pretty good job. And the video below proves that the latest model in their range doesn’t stray away from the tried and tested recipe.

The Rolls-Royce Dawn uses a 6.6-liter V12 that was turbocharged to develop 570 HP and 820 Nm (605 lb-ft) of torque. All of that is sent to the rear axle via a ZF 8-speed automatic gearbox. Considering the drop top weighs a whopping 2,560 kg or 5,644 lbs, you’d expect it to be slow off the line, despite the V12 power, right? Well, not quite. According to Rolls-Royce, the Dawn will do 62 mph from standstill in 5 seconds flat.

Judging by the video, that’s not an exaggeration and the Dawn really looks absolutely fast in a straight line, reaching its top speed in just over 30 seconds. Furthermore, the 5-second dash to 62 makes this two and a half ton car just as fast as the Aston Martin Rapide or the iconic BMW E46 M3, for example.