The 4 Series range received a well deserved facelift not long ago and it makes quite a big difference compared to the original. Apart from the new headlights and taillights, the new range also got some technical upgrades both inside and out but the 4 Series is now even more different from the 3 Series range thanks to some carefully picked options. These are only available for the 4 Series models and include colors like the Snapper Rocks Blue showcased in the video below.

BMW even put out a host of pictures of the 4 Series models sporting this new color when it was unveiled but now we have it all on video and it looks absolutely stunning. Of course that should be the case, since this is a promo video meant to attract crowds to BMW’s dealerships. However, as is the case with a lot of metallic paints, the way it looks will depend on the light source that hits it. 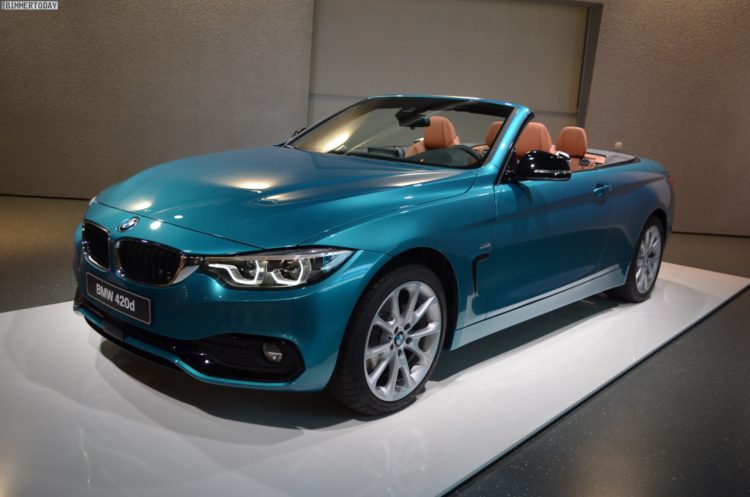 Under direct sunlight, Snapper Rocks Blue looks absolutely stunning but as the amount of light hitting it drops, the color tends to get a deeper tone, that perfectly compliments the shape of the 4 Series Coupe and Convertible models. In the video below, we’re taking a look at a Convertible 420d which definitely wouldn’t be a combination I’d go for. Furthermore, the paint seems closer to green due to the artificial lighting used in the studio as the shots were filmed. Get it outside in the sun and the shade will look closer to blue and that’s just a mesmerizing color to me.

If you’re curious about how much this color will set you back, you should know that it isn’t a part of the Individual catalogue which should come with a deep sigh of relief as that means it won’t cost an arm and a leg. As a matter of fact, in Germany, you’d have to pay just €890 while in the US it will set you back $550.