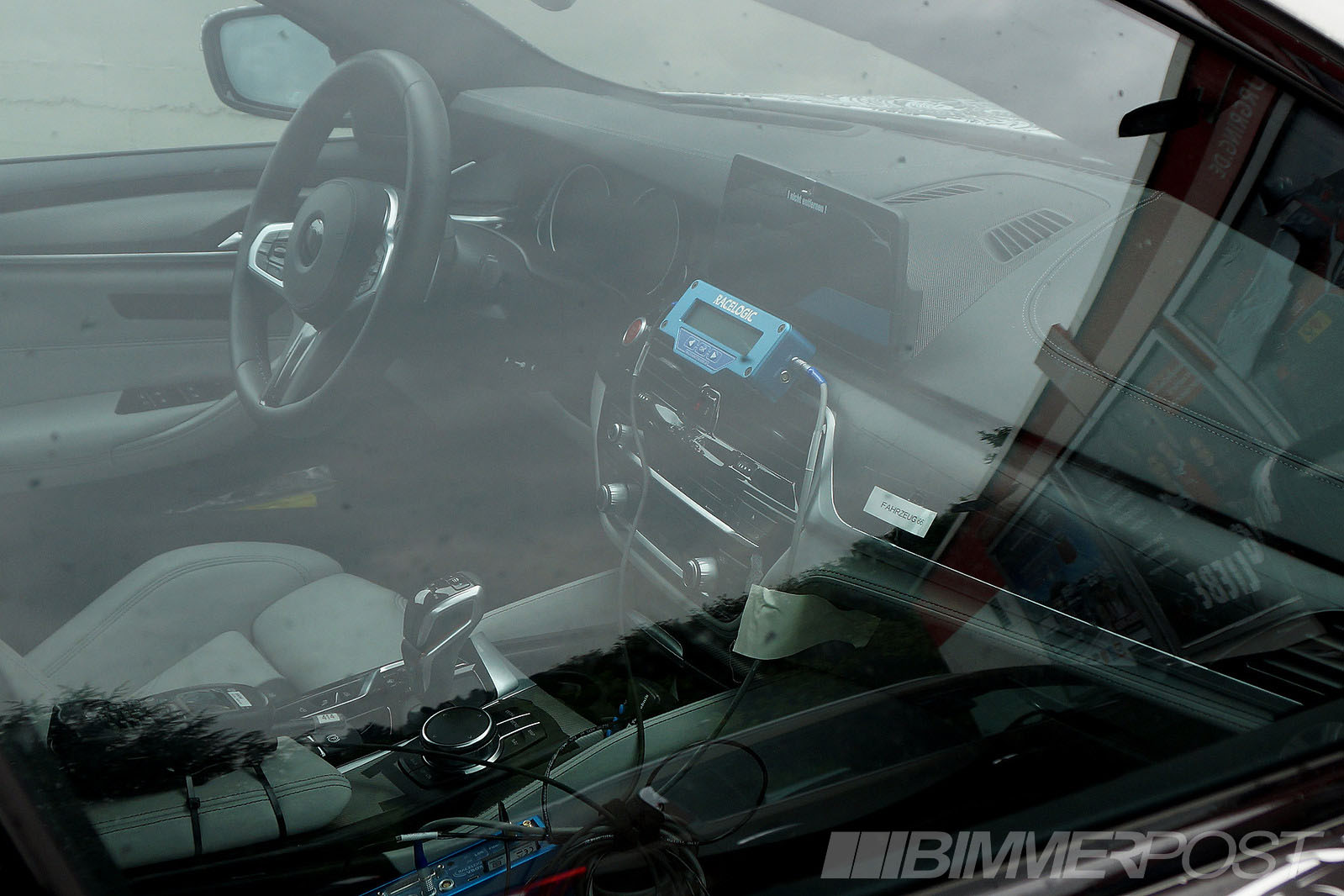 BMW recently held some preliminary test drives for journalists of the upcoming F90-gen BMW M5. The idea was to get some feedback on the car before it enters its final stages, so that BMW can tweak anything that needs tweaking. During those test drives, we learned quite a lot about the upcoming M5, its performance and even some of its looks. We also learned a little bit about its cabin, such as the fact that it has little red paddles on the steering wheel for dedicated “M1” and “M2” buttons. Now, though, some new spy photos have emerged of the interior and it shows off a new shift lever.

While we were expected a variant of BMW’s typical gear selector, as seen on the new 7 Series, 5 Series and X3, BMW’s M Division opted for something a bit sportier. Seen here in these new photos from Bimmerpost, the upcoming M5’s shift lever looks more like the one on the 8 Series Concept.

That little Transformer-looking shift lever is far sportier looking than the elegant, but oddly ergonomic, shifter in all other modern automatic BMWs. More importantly, it looks completely different from the odd-looking teardrop shifter in DCT-equipped BMWs. Admittedly, the M5 uses a traditional eight-speed auto and not a DCT, so it wouldn’t have that weird little lever. Though, we’re hoping this new shift lever makes its way onto every sporty BMW. 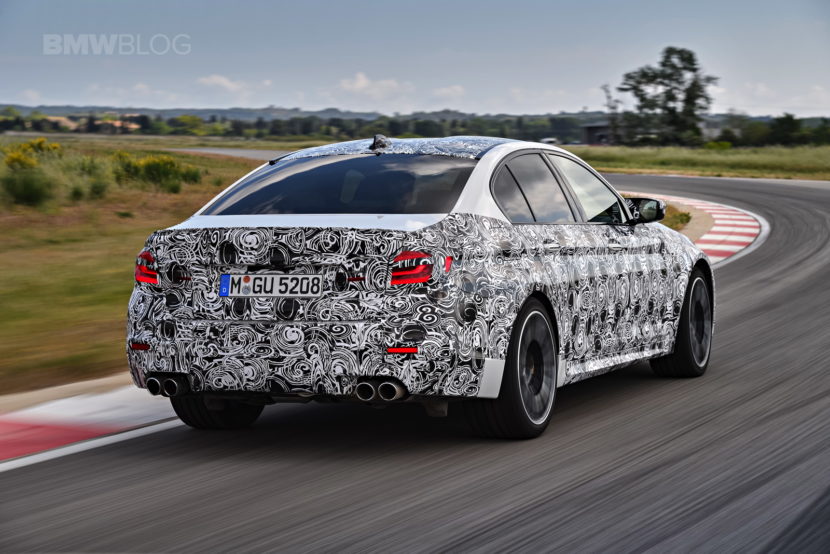 But there’s more to notice than just the shape. At the top of the lever, above the shift pattern graphic, there seems to be an up/down rocker button. That’s likely the button to change the aggression of the shifts, as is in all M cars but is usually on the console below the shifter. So if your hand is on the lever, as you can shift gears from it in manual mode, you can adjust the aggression of the shifts without having to take your hand off. Which is a nice function.

Also, if you looks closely at the button above the parking sensor button but below the adaptive drive select button, there seems to be a little exhaust button. That’s a lovely addition to the M5, as BMW M cars always had their loud exhausts tied into the drive modes. So now, you can have the loud exhaust in Comfort mode when you’re just cruising around or have it in Sport Plus mode but have quiet exhaust, so as to not wake the neighbors.

If you look really, really closely, it also seems as if there’s some red ambient lighting in the lever itself. That’s kind of cool, if a bit gimmicky. But in a car like the M5, those gimmicks add character and it’s fun.

You know you’re a car nerd when you’re excited about the prospect of a new shift lever for an automatic gearbox. So I guess that makes us nerds.