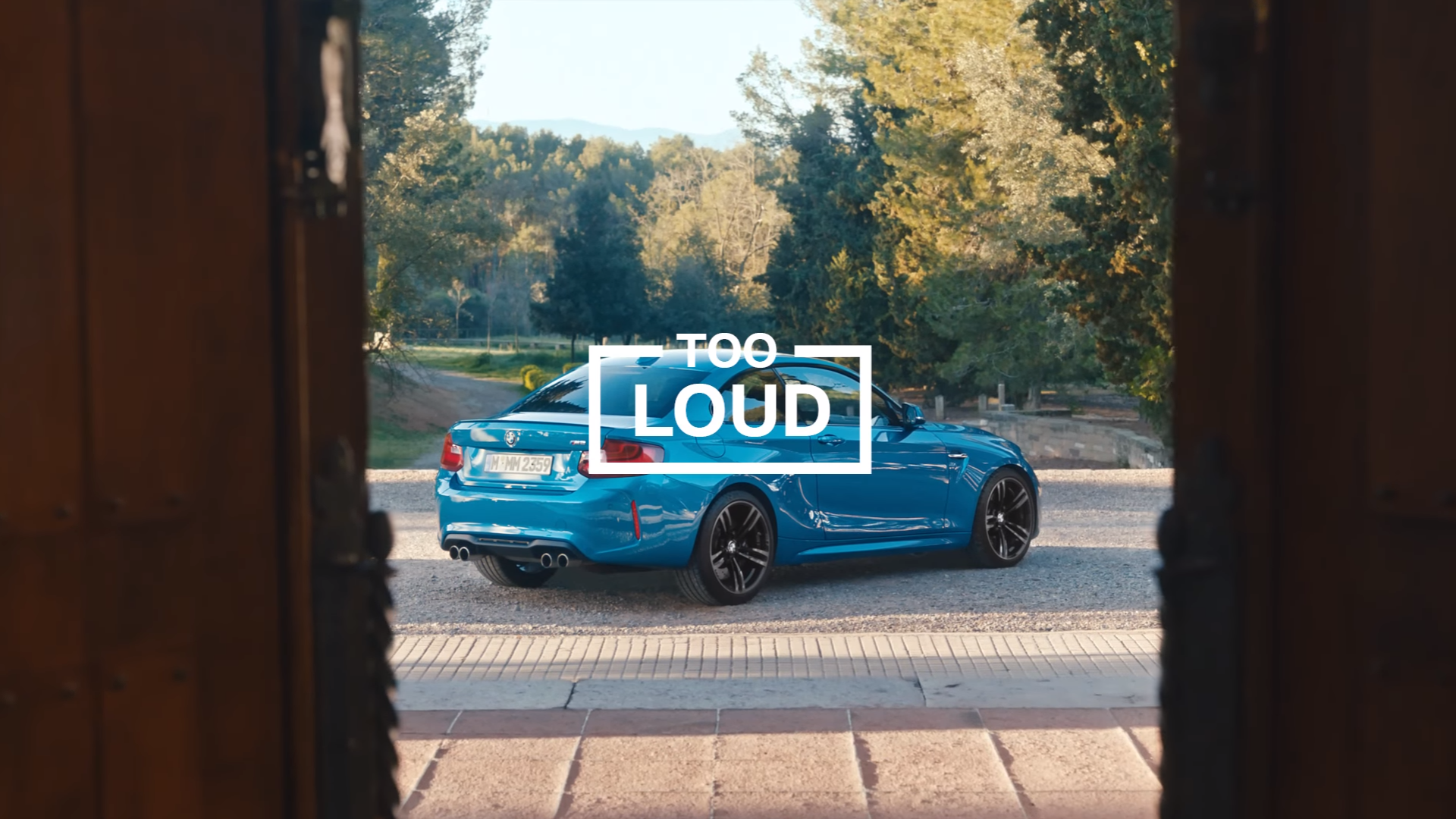 BMW is continuing its “Too Much” ad campaign, this time with the BMW. We previously saw a “Too Much” ad for the BMW M4 GTS, which was “Too Uncomfortable” for a man’s mother-in-law. This time, the car that’s “Too Much” is the BMW M2, which just so happens to be “Too Loud”.

The ad starts off with a bride and groom standing on an alter about to get married, with the priest just beginning the ceremony. As the priest kicks off, he’s interrupted by the sound of a very loud exhaust growl. Then another. And another. It sounds good and loud and like a proper sports car. The bride sort of looks down and rolls her eyes, with a bit of a smile on. She knows who it is and is sort of laughing at the entrance, despite it interrupting her wedding.

We can guess who it is as well, because there’s no Maid of Honor standing at the alter, though groom has his Best Man with him. As the door opens, the Maid of Honor walks in with the BMW M2 parked outside behind her. She looks a bit embarrassed and the bride gives her a “get the hell up here already” look and she starts to walk down the aisle as the music starts to play again just for her.

It’s a funny video because it’s unexpected. You’d expect a rowdy family member in attendance to show up late to the wedding with an obnoxious and loud entrance. Not the Maid of Honor, who’s sort of an important part of the ceremony. So it’s a good ad that throws you off if you aren’t paying attention to the alter before she walks in.

So if you plan on making grand entrances, or rather loud ones, maybe the BMW M2 is the car for you. Just don’t interrupt someone’s wedding, especially if you’re in it.