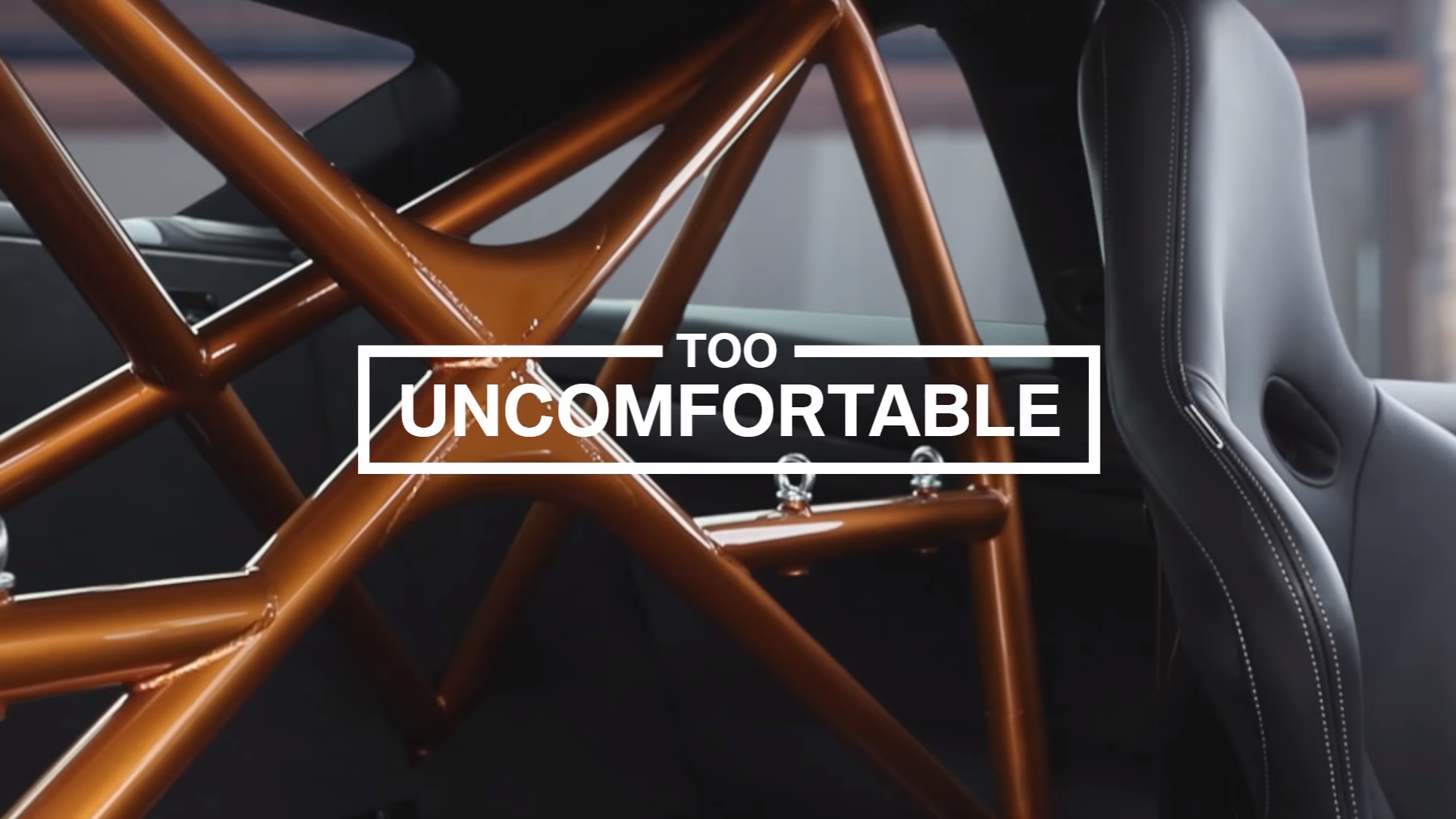 BMW’s M Division is currently running a marketing campaign surrounding the excess of its cars. For instance, an ad might say that a car is “Too Much” or, in this case, “Too Uncomfortable”. We saw this slapped on the side of the BMW M8 prototype at its recent reveal. On the side of the M8 Prototype, there was a sign, reading “Too Many Secrets”. This latest ad from BMW M shows a man driving is mother-in-law back home in a BMW M4 GTS and it’s deemed to be “Too Uncomfortable”.

As the M4 GTS pulls into his driveway, you hear the manic bark of the exhaust, followed by a bassy growl. His wife patiently awaits her husband and mother, as she watches her husband retrieve her mother from the passenger door. However, the mother doesn’t look too pleased with her ride in the M4 GTS. We don’t necessarily blame her, as an older woman is probably not smitten by the charms of such a car, with its backbreaking ride and extraordinary loud exhaust. 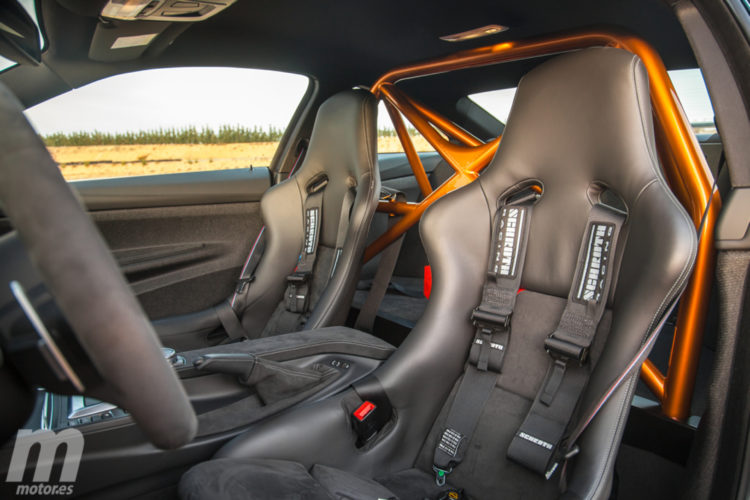 So the man starts taking her bags for her, as she has a hard time getting out of the M4 GTS. Its fixed carbon-backed buckets aren’t the most graceful to get out of, especially if you’re wearing a shorter skirt, like the mother-in-law in this video is. So she has a difficult time exiting the car gracefully and doesn’t seem very pleased about it. She then hits her head on the door sill on the way out, just as the man says “watch your head”. He then gives a sly smirk, making it known that picking up his mother-in-law in such a compromised car was entirely intentional.

The ad plays on the joke that many men have, let’s say uneven feelings about their mother-in-laws. It’s a funny commercial that proves the M4 GTS is a bit uncomfortable but worth it for the driver. It might be able to carry a single passenger but the benefits of the M4 GTS’ charms lie solely with whomever is behind the wheel.

2 responses to “VIDEO: BMW M4 GTS too uncomfortable for mother-in-law”