When Jaguar first launched the F-Pace SUV, the world curiously waited to see how it would be. It was the first ever SUV from the famed British brand, a brand most known for fast and luxurious sedans and coupes. So most enthusiasts were skeptical about how it would drive. Turns out, it’s damn good and won some Car of the Year awards. So now the famous British brand is trying to continue that success with a new BMW X3-fighter — the Jaguar E-Pace.

Jaguar recently teased the upcoming E-Pace with a picture of it, alongside the F-Pace and i-Pace plug-in hybrid SUV, on Twitter. Judging from the photo on Jaguar’s Twitter, the E-Pace just looks like a F-Pace that’s been put in a vice, front-to-back. It’s essentially just a squished F-Pace. 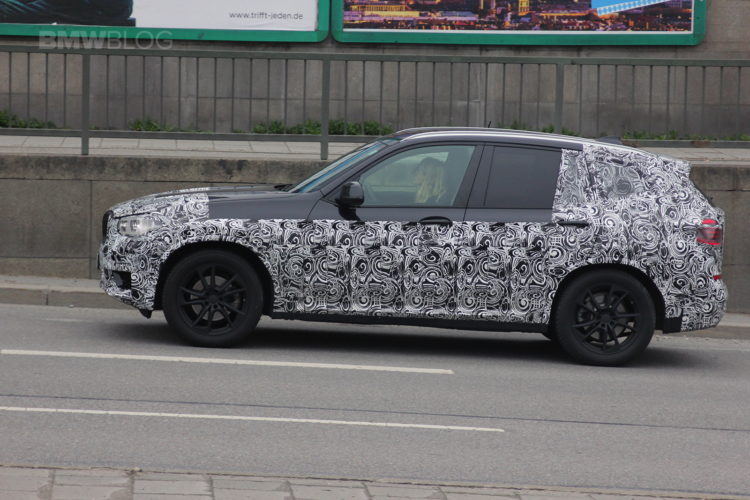 It doesn’t look bad in profile, though, if a bit stubby. Which is actually kind of a shame, as the F-Pace is downright pretty. So the fact that the E-Pace looks a bit lazily done is a bit disappointing.

Under the hood of the Jaguar E-Pace will be the brand’s assortment of turbocharged four-cylinder diesels and petrols and it will come with all-wheel drive. It will likely also only come with the brand’s eight-speed automatic gearbox as standard, with maybe a manual available in the UK.

While the F-Pace competes with the BMW X5, even if it’s a bit smaller, the Jaguar E-Pace will be more of a BMW X3-fighter. It’s a good thing BMW is coming out with its new X3 quite soon, as it’s getting a bit old and a new competitor would really twist the knife.

Considering that the new X3 is on its way, the E-Pace won’t have too much of an edge in terms of design. Where the Jaguar E-Pace might excel is in its handling. BMW’s SUVs seem to be getting more and more relaxed and more focused on comfort and practicality, rather than dynamics. Jaguar’s F-Pace is properly exciting to drive for an SUV and damn good for any car. So we’re expecting the E-Pace to bring the goods as well. The BMW X3 should be more dynamic than the current-gen model, or at least we hope, so this could be a very interesting duel when both cars finally come out.