Video: Putting MINI’s Trademark Go-Kart Feel to the Test against a Kart

MINI has been claiming for a while now that their cars are special because of how they make you feel. The original was so small that it could’ve been compared to a go-kart and that’s why a lot of people have been saying that driving a Cooper S model does resemble driving a kart on public roads. But how does a modern-day model stack up in such a comparison? How does a bigger, heavier MINI compare when pitted against a proper kart? The guys from Car Advice set out to find out.

They brought a 2017 MINI 3-door Cooper S to the track alongside a CRG Gemstar kart that is the real deal as far as karts go. Truth be told, the comparison isn’t exactly fair as the CRG Gemstar is a proper race kart, with 24 HP and a top speed of 100 km/h (62 mph), a proper rocket on wheels if you wheel, considering its weight. On the other hand, we’re not even dealing with a JCW MINI here so things could’ve been different. 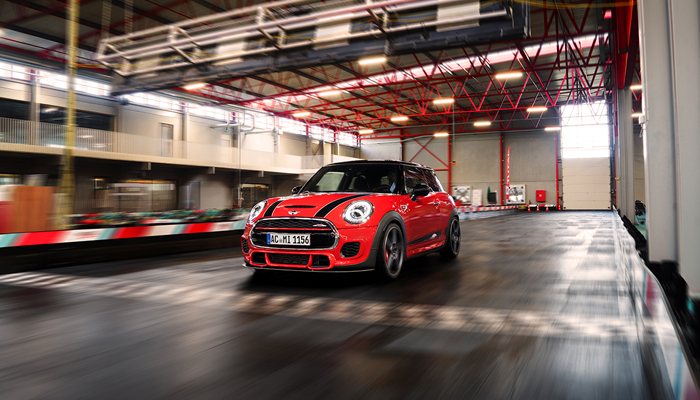 The reason why the original MINI was compared to a kart was that the creation of Sir Alec Issigonis positioned the wheels as far out towards the corner of the vehicle as possible and used rigid rubber cones instead of springs in the suspension. Those little changes made it more stable and ride a bit harsher than anything else on the market back then and that’s how the comparison popped up. MINI never complained and actually embraced this name-calling strategy, embedding it into its marketing efforts later down the line.

And while all new MINI cars are still fun to drive, they are less special than the original, falling more into conformism. Either way the video posted here does show a Cooper S going at it against a race kart. The fact that the car is going at it on a go-kart track is not exactly what you’d call fair but the guys did try to be as impartial as possible and even set two lap times using the same driver, to see which is faster: car or kart. Who won? Well, we’ll let you find out by watching the video.