Video: Take a Tour of the BMW Engine Plant in China

Home » Video: Take a Tour of the BMW Engine Plant in China

The world is constantly changing and being cost-efficient is a must in any business, especially one where you actually have to build something. BMW is no exception to the rules and in order to cater better to the needs of its Chinese customers new plants had to be opened.

However, unlike the US plant or the South African one, where cars are assembled using engines sourced from German factories, in China things work a bit differently. That’s because China has its own BMW engine plant, where mills for all the Chinese market cars are sourced from. This is actually the only BMW engine plant in the world located outside Germany.

Being run in collaboration with Brilliance Auto, the Chinese partner of BMW, the Shenyang location even has its own light-metal foundry, as you can see in beginning of the video below. Opened back in January 2016, the BBA engine plant is currently only making 3-cylinder and 4-cylinder petrol engines for a variety of BMW and Brilliance Auto models sold in China. 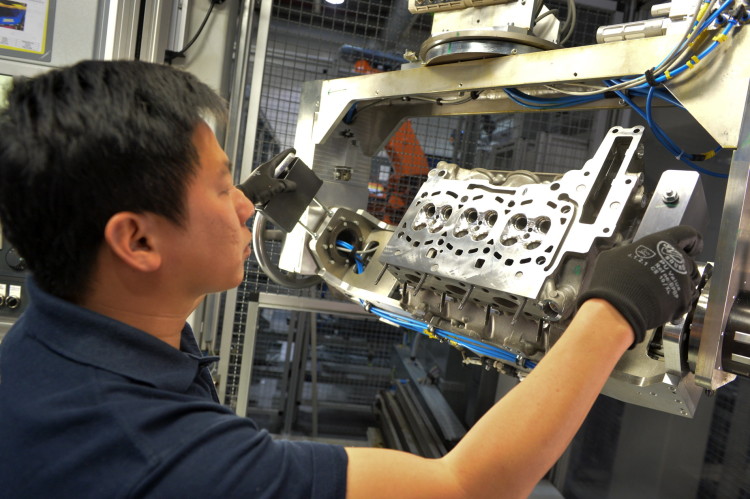 Both the engine plant and the light metal foundry incorporate the latest state-of-the-art production standards and supply BMW Brilliance’s Dadong and Tiexi automotive plants. Capacity, which currently stands at up to 300,000 units per year, is tied to production volumes at the two automotive plants but it is expected to grow to 450,000 units once the new production facility currently being added in Dadong will be finished.

As the video shows, the process is highly automated though, with little input from Chinese workers. Even so, the engine plant is employing some 2,000 workers right now, in charge with quality control and even some manual assembly overall.