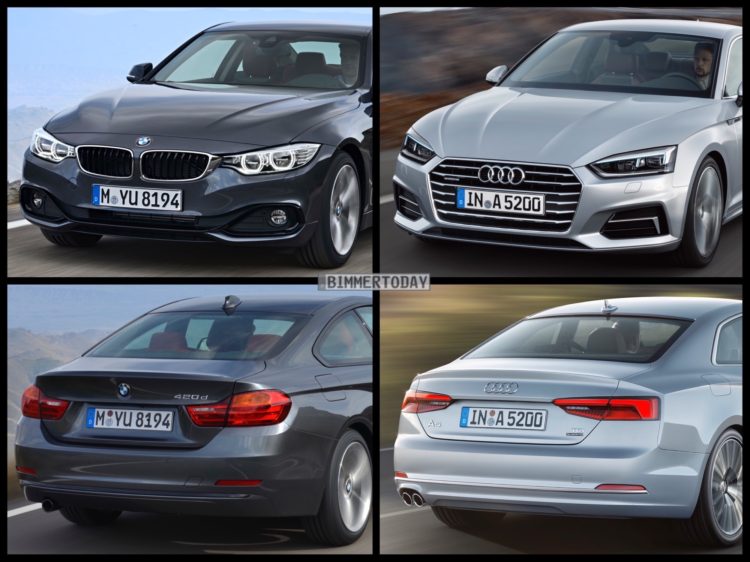 Two of the hottest coupes in the segment are the BMW 4 Series and Audi A5 Coupes. The Mercedes-Benz C-Class Coupe is also in that group but not in this test. Instead, it’s the two Bavarians going head to head to see who makes the best overall performance luxury coupe.

In this new test from Auto Express, both cars are fitted with their 2.0 liter turbocharged four-cylinder diesel options. Ironically enough, both cars share the same power figures: 187 hp and 400 NM (295 lb-ft) of torque. Both cars are also equipped with their automatic gearbox options. For the Bimmer, that means the familiar ZF-sourced eight-speed and for the Audi it’s a seven-speed dual-clutch unit. Both cars also got their respective sports packages, M Sport for the Bimmer and S Line for the Audi. Oddly, it was the BMW in the test that had all-wheel drive, while the Audi made do with just front-wheel drive. 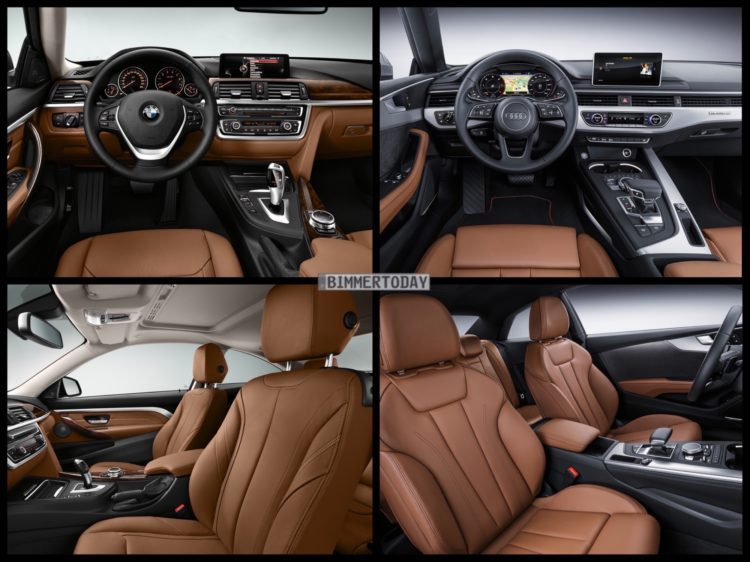 In terms of performance, the Bimmer was just two ticks quicker, likely attributed to its all-wheel drive traction. The 4 Series got from 0-62 mph in 7.2 seconds while it took the Audi A5 7.4 seconds. Had the Audi used all four wheels, it likely would have tied that.

As for what each car is like to drive, they’re pretty close to each other. The BMW 4 Series in this test had the benefit of being equipped with optional adaptive dampers and xDrive all-wheel drive. Because of the former, it rode better over rough pavement and had less body roll through fast corners. Because of the latter, its acceleration off the line was better and it was the better handling car. The Audi A5’s turn-in was sharper and faster, though. The only real issue with cornering for the Audi was torque steer, thanks to its hefty torque and front-wheel drive. It also lacked adaptive suspension, so it was a bit firm over rough pavement. 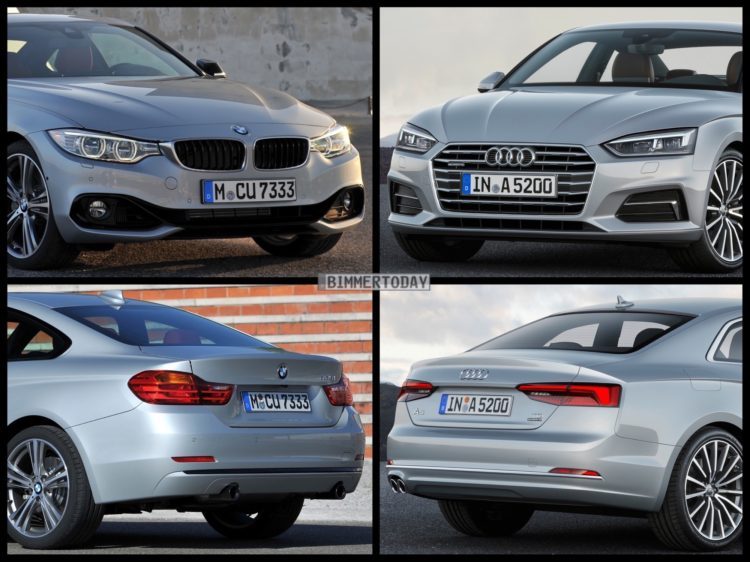 The Audi A5 lacks steering feel but, if we’re being honest, so does the 4 Series. Neither car could really be praised for “feedback”. Though, the Bimmer’s is the better helm. Also, the 4 Series is the more fun car to drive but the Audi A5 isn’t far off.

As for just casual driving, the Audi was deemed the better car to cruise in. Its cabin is nicer, with more tech, a more modern design and better materials. It also has some smart features, like the brilliant Virtual Cockpit.

Overall, Audi Express deemed the Audi A5 the winner of the test. The BMW 4 Series is the better car if you prefer sporty driving, though. But, according to AE, the A5’s smarter cabin, better refinement and extra technology give it the win.