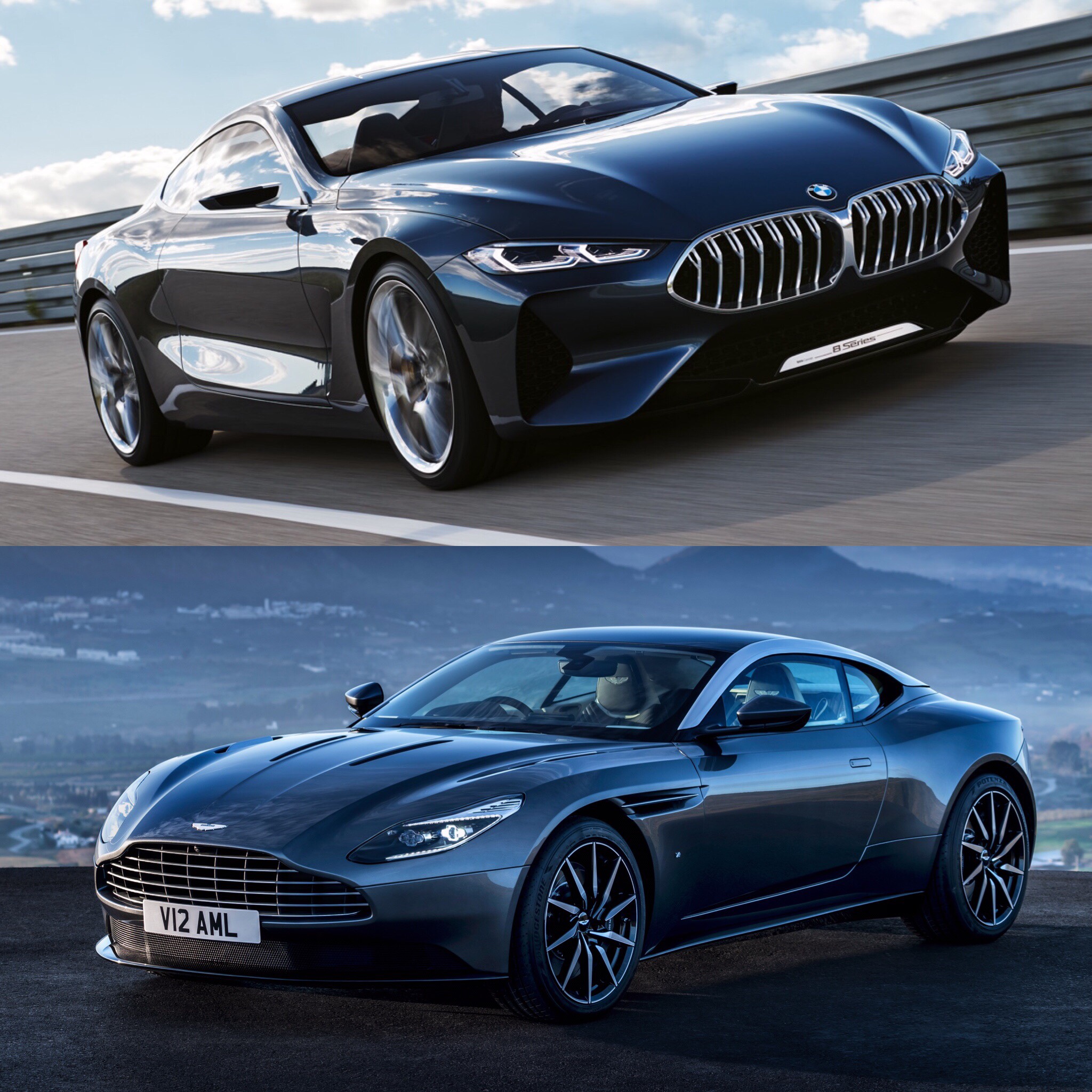 Now that BMW has presented us with its latest 8 Series Concept, the Bavarian brand finally has a proper Grand Tourer. Sure, there’s the 6 Series Gran Coupe and the 5 Series Gran Turismo, but those don’t count. A GT car should be a big, front-engine coupe with a long hood, short rear deck, serious power and seductive styling. A proper GT car is something like the Mercedes-Benz S-Class Coupe, Ferrari California and Aston Martin DB11. So we thought it a good idea to compare the design of the new 8 Series with the Aston to see how BMW’s latest attempt compares to one of the best in the world.

It’s actually remarkable how similar the two cars are. Both feature such similar proportions that are classic GT car. Both hoods extend out far from the cabin and dive toward the ground at the front. Out back, both cars have incredibly short rear decks and both feature thin taillights. It must be said, though, that the Aston’s circular exhausts are significantly better than the weirdly trapezoidal ones. Now, if you asked me if the 8 Series was as good looking as the Aston Martin DB9, I’d laugh at you. The DB9 is perfect. This new DB11, though, isn’t the prettiest of Astons so these two cars are very close, in terms of looks. But it’s interesting to see how similar they are as well. 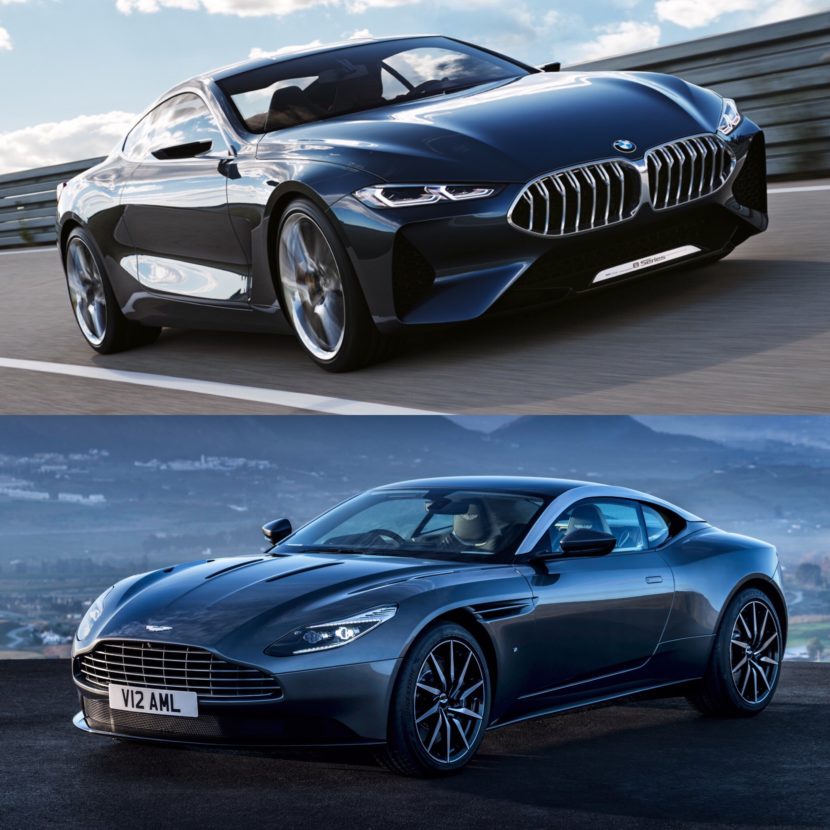 Inside, the BMW 8 Series takes the win, hands down. Yes, it’s just a concept at the moment, so it’s not the definitive cabin for the production car. However, it’s still better than the DB11’s. Again, if this were the DB9, it’d be no contest. Sitting in a DB9 feels like putting on a perfectly tailored Savile Row suite. The DB11, by comparison, seems cheap and bland and just not nearly as premium or bespoke as Astons of the previous generation. The 8 Series, though, seems expensive, high-tech and even minimalist in a way that feels special. Plus, it has better tech and it’s not even production-ready yet. 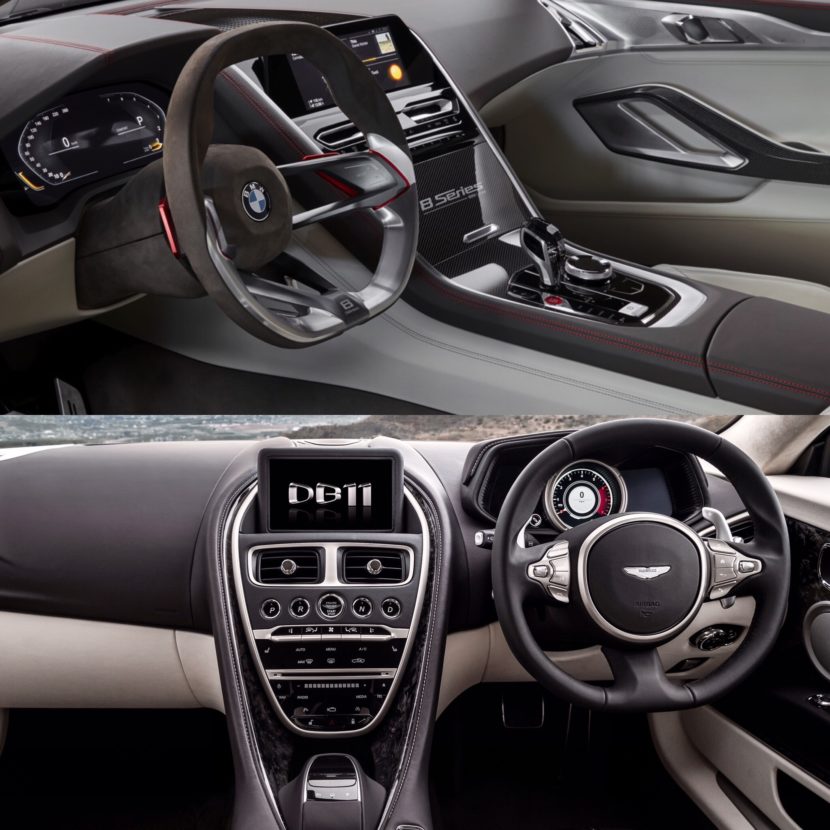 Overall, I actually think the BMW 8 Series can hang with the Aston Martin DB11. Admittedly, the DB11 isn’t one of the brand’s best attempts but it’s still a very pretty thing. But, if it were my money, based on both the exterior and interior, I think I’d go for the BMW. 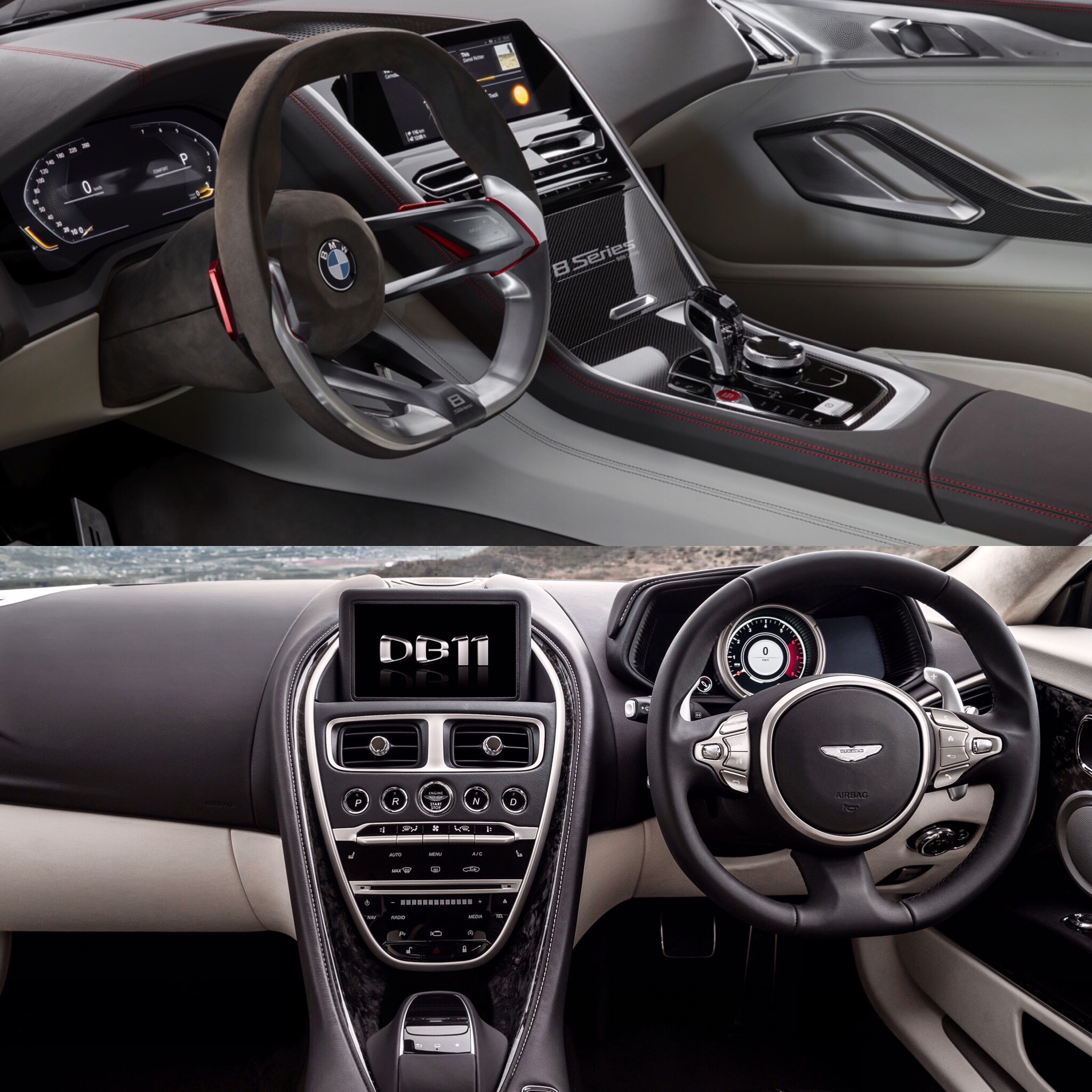