Being in a certain business for well over 30 years will basically guarantee you become an expert in it, no matter what that field might be. In the case of Steve Dinan, the company he founded has been around for 38 years, so you can rest assured they know a thing or two about tuning BMWs. The latest model that received a full package from the tuner is the BMW M2 and the end result is called Dinan BMW M2 S2, in typical Dinan fashion.

So if there were no surprises regarding the name, why would there be when it comes to the performance and driving feel this car offers on the road? Under the hood you’ll find the same engine any other BMW M2 comes with. The reworked, 365 HP N55 3-liter straight six is still there but it has been upgraded so that it now delivers 446 HP and 458 lb-ft (620 Nm) of torque. Those figures are even better than what the biturbo setup of the M3 and M4 puts out. 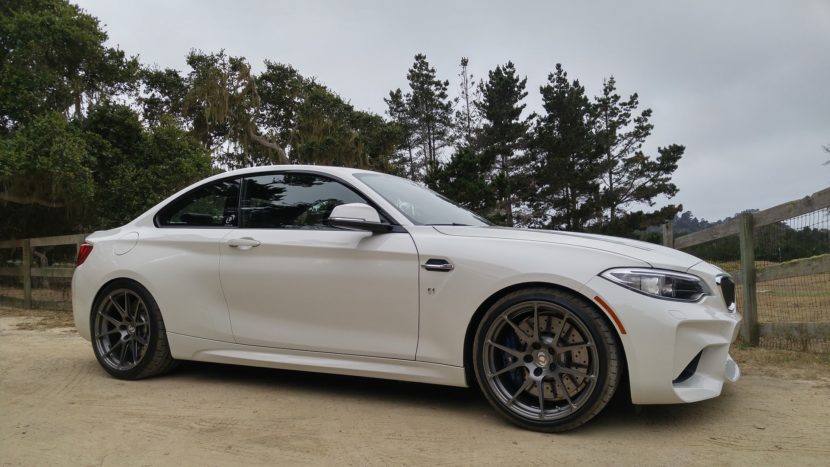 The way they do it is by going for a holistic approach as we’ve been getting used to. Instead of just installing a piggyback tune as more car shops do these days, they install an upgraded turbo under the hood along with a new intake, new exhaust and new ECU map. That way, the end result can also get warranty and function properly, without shortening the engine’s lifespan.

But adding power to an already perfectly balanced machine will surely unbalance it, so the Dinan crew also had to look at other areas to enhance. Therefore, the suspension was also upgraded using their own adjustable coil-over system while the brakes were also beefed up, to keep the extra horsepower in check.

The end result is a car that can apparently only be described as ‘way, way better’ by the guys from The Hooniverse, as you can see in the video below. Since the M2 is already pretty great, one has to wonder just how good the Dinan S2 can truly be by comparison.