There are very few tuners like Dinan. Very few tuners have the pedigree, history and reputation that Dinan has. This leads to their services being very expensive but worth it. If you want your BMW tuned the right way, they way that makes it still feel like a proper BMW, just enhanced in every way, Dinan is the tuner for you. That seems to be the case with the Dinan S2 BMW M2, which was recently featured on The Smoking Tire.

In this latest episode, Matt Farah drives the Dinan S2 BMW M2 on some twisty canyon roads in California and really asks the question if the Dinan S2 is worth loaded BMW M4 money. After reading off the Dinan options list for the BMW M2, the total is just north of $80,000, including the cost of the car. That’s around $30,000 in go-fast options, which is very expensive. A nicely loaded M4 can be had for that money, sometimes even less. So is it worth it to turn your M2 into a Dinan S2? According to Farah, the answer is yes. 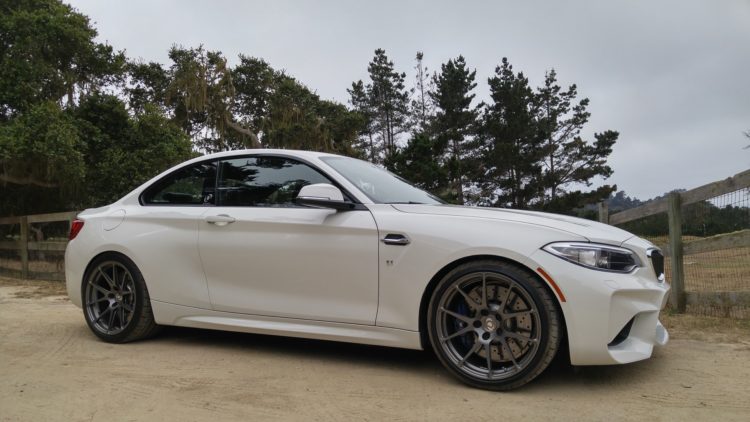 With all of the performance options, the Dinan S2 BMW M2 makes 446 hp and 458 lb-ft of torque, almost 100 more hp and more than 100 lb-ft more than the standard M2. So 0-60 mph should drop under 4 seconds, especially with the DCT transmission. There’s also a new set of coilover suspension, which is actually a bit softer than the standard M2’s. Dinan claims that it makes it quicker around a track but it also makes it more comfortable and livable every day. The Dinan S2 also get a big brake kit, with 6-piston calipers at each wheel which is impressive.

According to Farah, the Dinan S2 is a really great car to drive. It’s really fast, handles really well, sounds great with the Dinan exhaust and is easy to live with everyday. Farah claims that it’s well worth the money, rather than spending it on an M4. However, if you just want the suspension from the S2 or the engine tune or a combination of a couple of things, you can make your M2 significantly better than stock for a lot less than the $80,000 that the S2 costs. Plus, all of Dinan’s work is street legal in all 50 US States and even comes with a warranty. For the money, it’s really hard to beat Dinan’s work, even if it is pricey.