The BMW M2 is one of the hottest cars in the tuning scene at the moment. It isn’t hard to see why, either. Its chunky good looks, superb chassis balance and relatively low entry cost make it very attractive to make builds out of. Most importantly, though, it sports a damn fine 3.0 liter turbocharged I6 engine under the hood. The N55 engine in the M2 is one of BMW’s best engines to tune, thanks to its ability to make boatloads of power with relatively simple modes.

Throw in a bigger turbocharger, downpipe, new exhaust and an ECU tune and you can easily make over 450 hp. Which is exactly how much power this PP Performance-tuned BMW M2 makes.

That’s a lot of power in an M2. While the BMW M4 Competition Package makes about that much power, the M2 is smaller, lighter and more fun to drive. So with 450 hp, up from its original 365 hp, the M2 transforms into something far more monstrous than its older sibling. 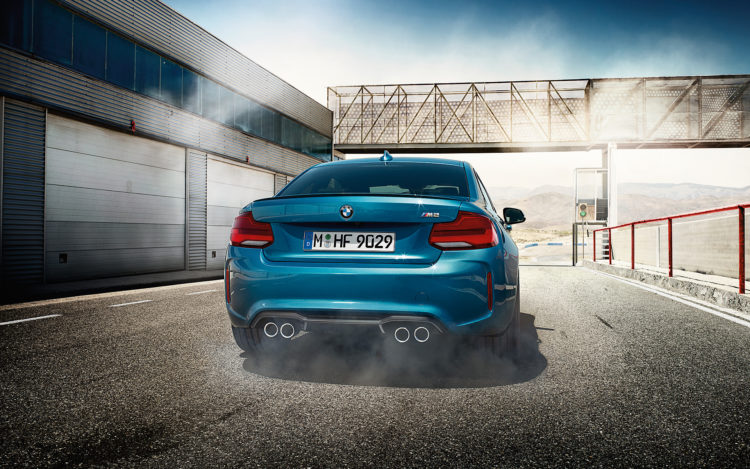 This specific car is also fitted with a PP Performance exhaust that has electronically-controlled exhaust valves which can be opened or closed, for quieter or louder sound. In the video, we first see the M2 from behind with the valves closed, to get a good idea of what it sounds like in quiet mode. It sounds good, burbly and growly but not too loud. With the exhaust valves open, though, it gets very angry and first off a lot of pops and crackles, a little too much if we’re honest. We love pops and crackles as much as the next guy but these sound a bit fake and excessive.

Though, when we get to see it drive by, it sounds better. There’s genuine music that’s made from the N55 I6 engine, as it changes its tone as it progresses through the rev range. It goes from burbly and snarly down low to raspy up high. Even with this uber-loud exhaust, you can hear its song. It’s another reason why tuners love the M2, it sounds so good.

Check out this video from AutoTopNL. While our favorite M2 exhaust is one of either the M Performance or Akrapovic systems, this PP Performance one is pretty damn good, too.