With the current BMW 5 Series GT going out of production next month, the Germans are close to finishing tests on its successor. Yes, there will be a successor to the Gran Turismo and it will be marketed under a different nameplate, as you probably already know. The BMW 6 Series GT will be breaking hearts around the world starting Q4 of this year.

According to various sources inside Munich, the final details of this change have already been set up so basically if you were still hoping it won’t happen, you can abandon all hope. The 6 Series GT seen in the video below seems to be the 640i xDrive model which will be the only option US customers will get at first on this side of the Atlantic.

Under its hood will hide the new B58 3-liter straight six engine that’s also found on more and more BMW cars these days. It makes 340 PS (335 hp) and it will be enough to carry around the biggest 6 Series ever made without any issues. As a matter of fact, in the video below you can notice that the test driver is actually attempting to race a Renault Megane RS, a car that used to hold the world record for the fastest FWD production model to race around the Nurburgring. 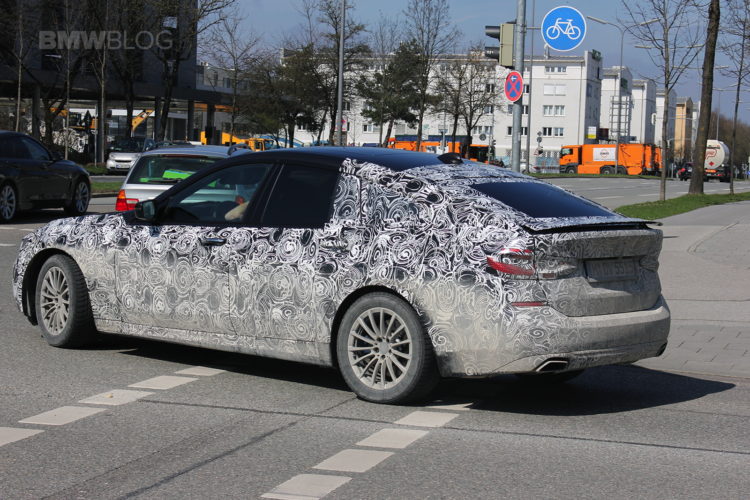 Unfortunately, the 6 Series GT will remain the sole option in the 6 Series range. The Coupe, Convertible and even the beautiful Gran Coupe models will be retired to be replaced by the revived 8 Series later down the line. Therefore, if you’re interested in owning a 6 Series that’s not also sporting the ‘GT’ badge on the trunk, you might as well hurry up.

Other engine choices for the rest of the world will include 2-liter diesel and petrol mills for the 620d and 630i GT versions as well as 3-liter alternatives for the 640d and the already mentioned 640i. Whether the 650d and 650i GT will also see the light of day still remains unknown but chances are they will be sold but maybe under different names with M Performance badges thrown all over.

Inside the cabin you’ll find plenty of space as well as luxury, this being the forte of the GT badge. Riding on a modified platform sharing bits and pieces from the 5 Series and the 7 Series, comfort will be the main focus of the new model. You can also expect all the latest technologies available in the BMW range such as Gesture Control, iDrive 6.0 and other novelties.