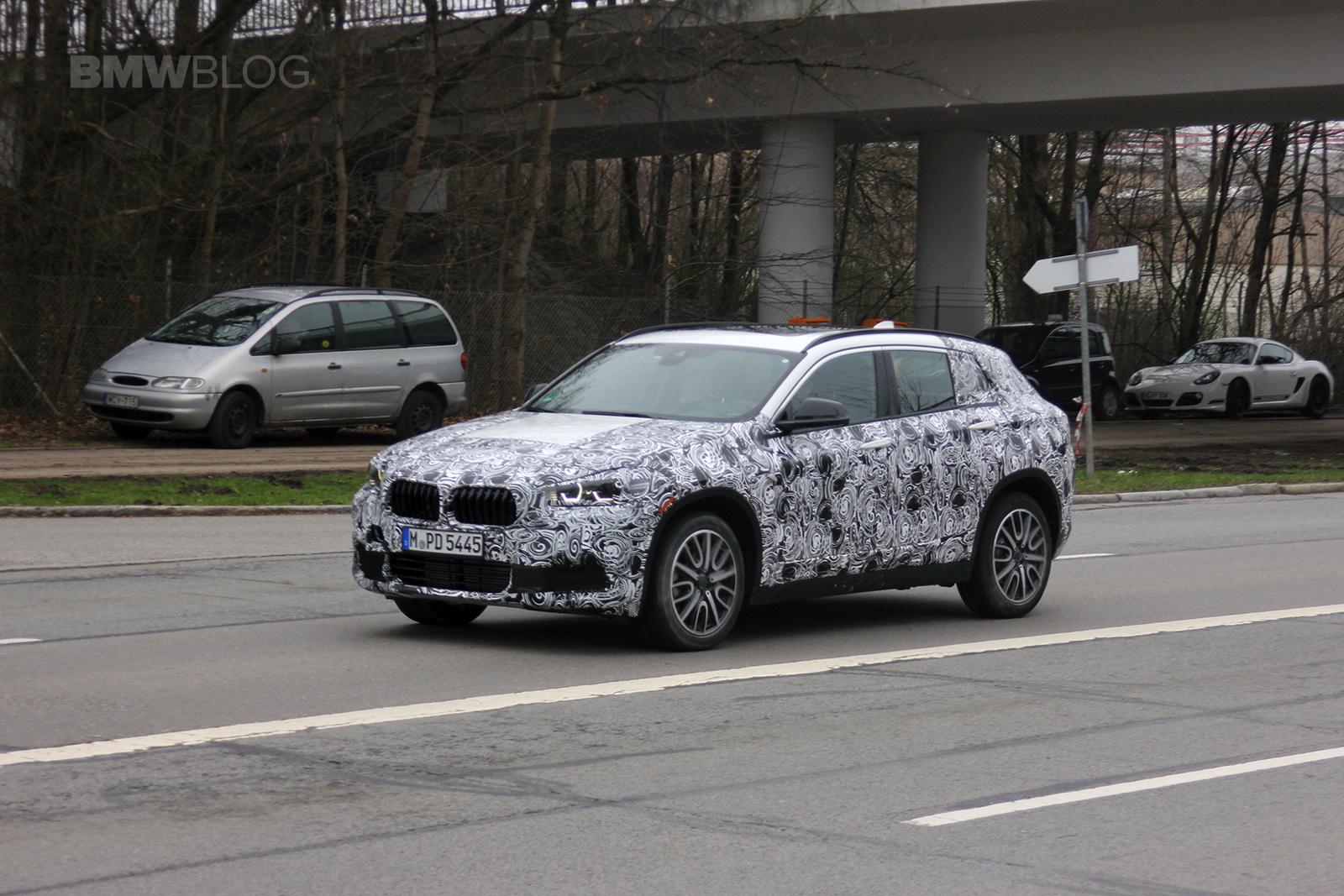 BMW’s latest entry to the most popular automotive segment on Earth, the X2 crossover, has just been caught testing at the famed Nurburgring. This upcoming BMW X2 will be an important car for BMW, as it will add another sporty SAC (Sports Activity Coupe) to the brand’s already popular SAC lineup, which already consists of the BMW X4 and X6. However, this one will be the smallest and the cheapest, which will likely make it the best-seller of the group.

Some spy footage has recently surfaced of the upcoming BMW X2 doing some hot laps on the ‘Ring and there are a few, but not many, details we can make out. The first thing we notice is that this specific car looks to be some sort of M Performance model, akin to the BMW X4 M40i. What gives it away is the wheel choice, as they look incredibly similar to the wheels on the BMW M240i. Although, it doesn’t sound like anything sexier than a turbo-four, so who knows.

We’re not sure if BMW is developing some sort of M Performance variant of the X2, such as a BMW X2 M30i, or something of the sort. But this one sort of seems to be that. What we do know is that the X2 will come with the brand’s typical suite of small petrol and diesel engines in most markets. Though, in the US market, it’s likely to only be the 2.0 liter B48 turbo-four pot and Aisin eight-speed automatic. Those engines will be paired with either front or all-wheel drive, likely only the latter in America.

It’s going to be interesting to see what becomes of the BMW X2. It’s built on the brand’s UKL architecture, which underpins everything from the MINI Cooper to the BMW X1, and that’s produced some damn fine handling cars. It could also look quite cool. If it handles as well as we hope, looks as good as we imagine and costs as little as the X1, it will be a huge hit.