While waiting for the new M5 to come out, people are starting to forget about the performance monster the BMW F10 M5 still is. When it originally came out, everyone was impressed by its power and straight line performance, but as seven years flew by and other monstrous creations came forward, they started to fade.

Even so, the 4.4-liter twin-turbo V8 of the F10 M5 is a beast no matter how you look at it. While BMW claims it only makes 560 HP and 501 lb-ft (680 Nm) of torque, real-life measurements showed that those figures are actually achieved at the wheels, putting the crank figures up by about 10 to 15 percent. Do the math and you start to understand just how powerful the damn thing is.

Unfortunately, this unsuspecting Porsche 911 GT3 RS got ‘experience’ it on its own skin and decided to go for a drag race against a stock M5. The end result was surprising considering how respected and feared the GT3 RS is among enthusiasts out there. However, a couple of things have to be mentioned here. 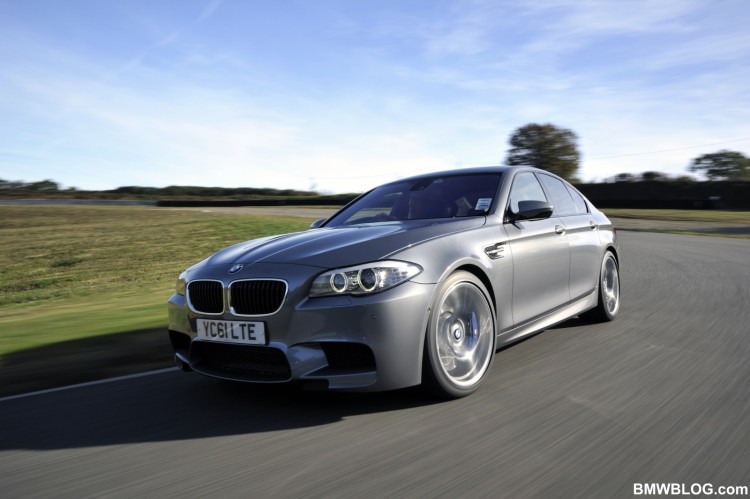 While the Porsche will tear apart almost any car on a proper circuit, it wasn’t exactly designed to be a bruiser in a drag race. Sure, its figures are impressive on paper, with 500 HP and 460 Nm (339 lb-ft) going to the wheels via a super-fast 7-speed PDK gearbox, thanks to a 4-liter naturally aspirated engine. Due to its low weight, the GT3 RS should reach 100 km/h (62 mph)  in 3.3 seconds and that’s seriously quick.

However, as you’re about to see, the BMW F10 M5 even in stock guise manages to pull ahead. That’s because it has considerably more torque and power available which help out at higher speeds. Even so, it is quite impressive to see a midsize sedan that can carry four people comfortably for hundreds of miles be able not just to keep up but beat a proper sports car in a drag race.