Video: 3D Mapping the 2017 BMW M4 DTM Down to the Smallest Details 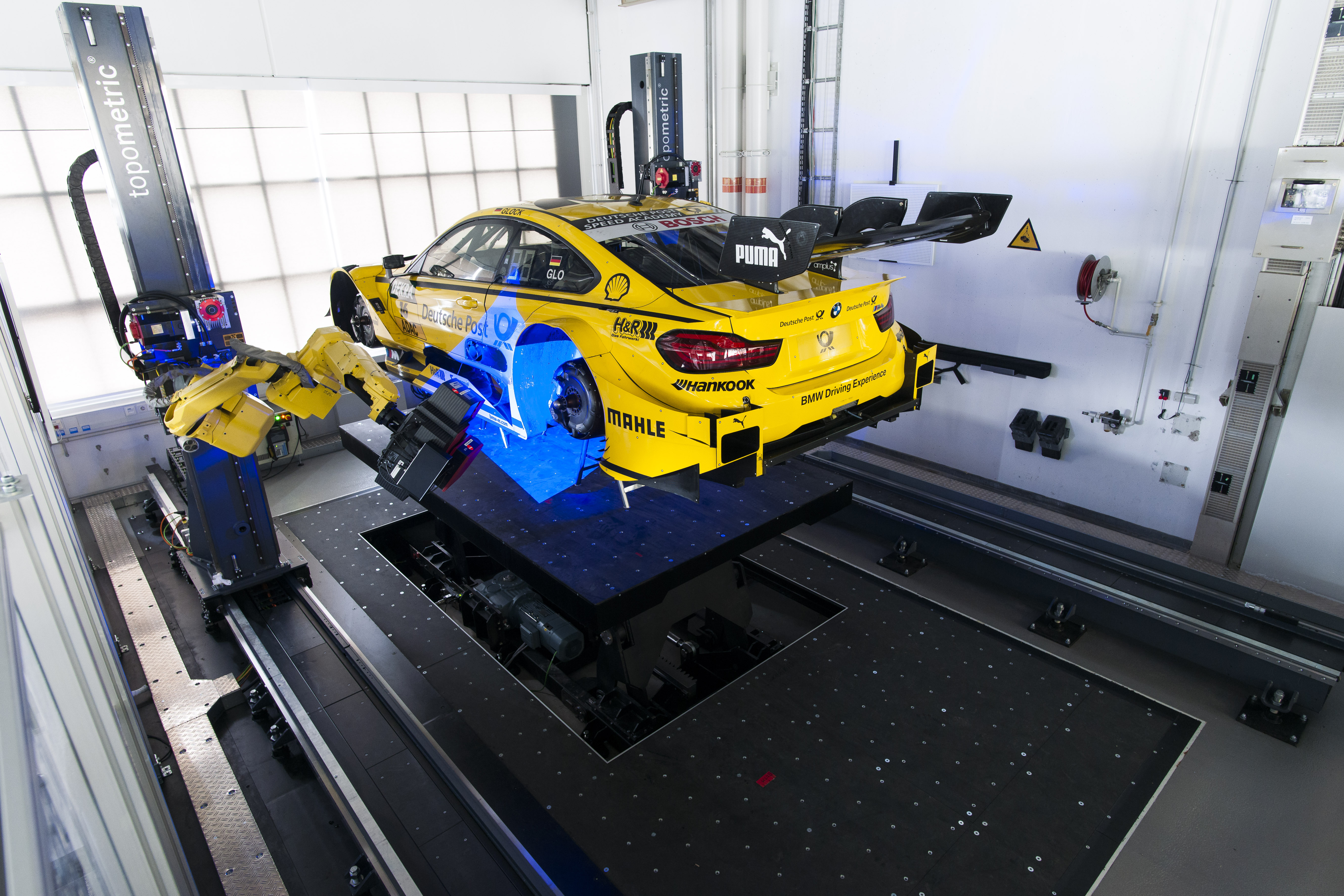 In the world of motorsport the smallest details can be the difference between winning or losing a race. Even though BMW is no longer involved in Formula 1 but DTM is just as challenging in terms of precision work. Therefore, only the latest and the most precise technology has to be used in the development of cars such as the BMW M4 DTM.

Late last year, before the new BMW G30 5 Series was launched, the German manufacturer released a couple of photos of a prototype that was still in development. Back then, we were told that 3D mapping technology was used to make sure that all the dimensions are precise down to the millimeter. Well, the same technology is being used today to develop the BMW M4 DTM and the whole process just looks like it came straight from the future. 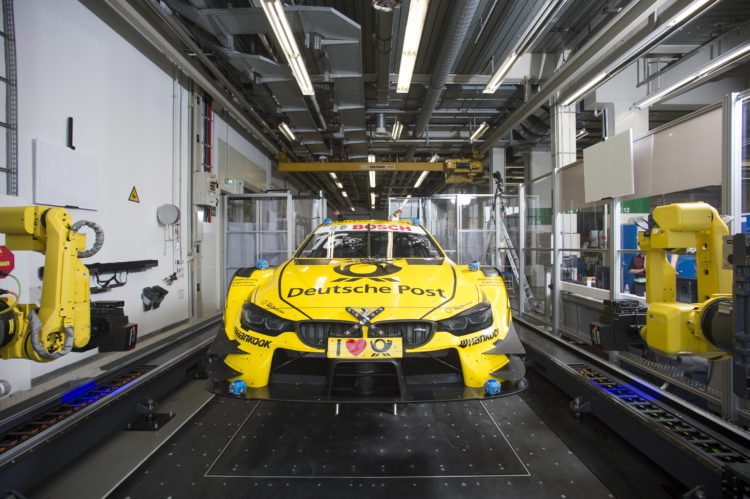 The fully-automated, optical measurement cell – the only one of its kind – provides the perfect quality control after the assembly of a race car. We don’t need to point out just how important such things are, especially since we’re talking about a proper racer. The 3D mapping process ensures that the complex aerodynamics work as planned and tested but also adhere strictly to the specifications laid out in the regulations.

To be more precise, this set-up uses sensors that are accurate down to under 100 micrometers, roughly the thickness of one human hair. The design of the state-of-the-art measuring cell features two robotic arms, which can move freely and can both move sideways along the car on rails. This set-up allows the simultaneous use of two small, flexible robots, each equipped with two sensors, in a relatively small space. Compared to previous procedures, in which robots were only ever able to handle one side of the car at a time, and only with one sensor, the measurements now take roughly half the time and are completed within a matter of days. 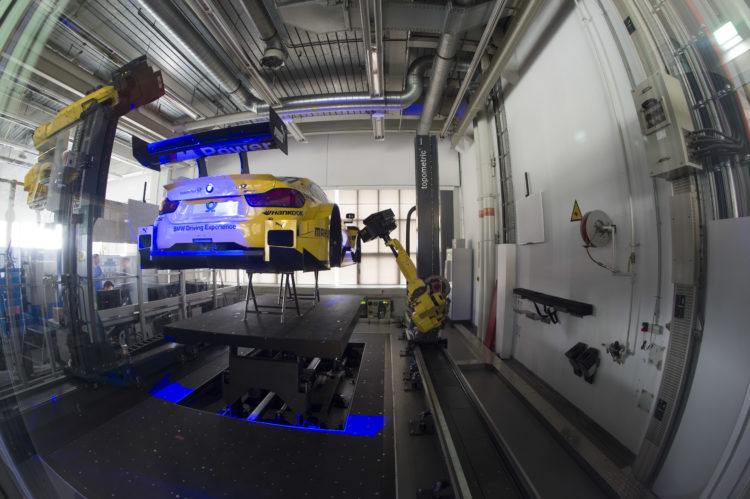 The sensors first record reference points and then scan individual fields of about 80 x 80 cm in size. Based on these measurements, a computer then automatically creates a three-dimensional image of the entire car, which can be compared with the design plans. This way, possible differences, tolerances and the smallest of discrepancies can be identified and fixed as soon as possible, to offer BMW the edge over the competition.