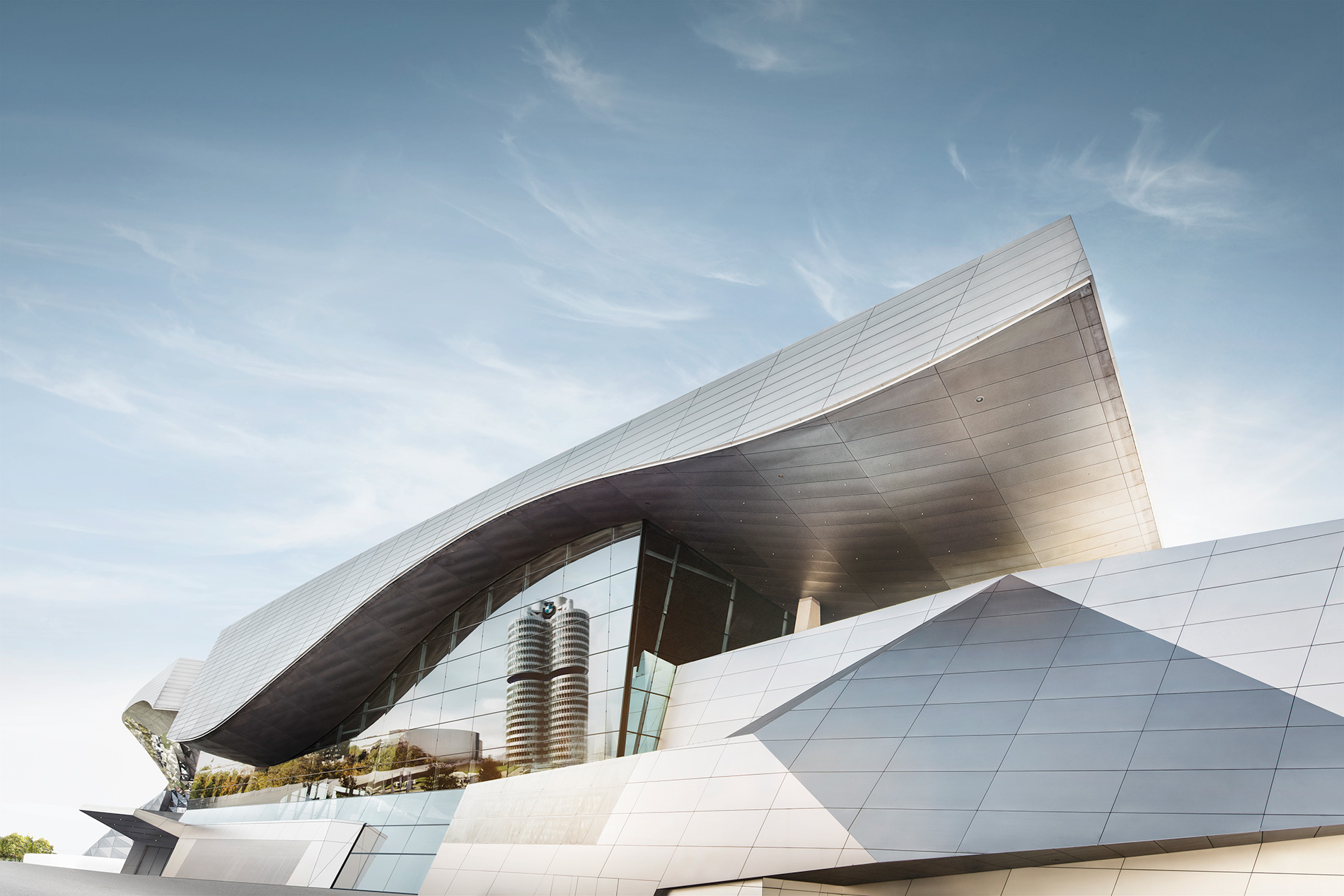 The BMW Group continued its successful course during its 101st year, reporting its best ever figures to date for sales volume, revenues and earnings. “2016 was the first step in the NEXT 100 YEARS of the BMW Group. We have turned our centenary year into the most successful 12-month period in our corporate history and posted new record levels in terms of revenues and earnings for the seventh year in a row,” stated Harald Krüger, Chairman of the Board of Management of BMW AG in Munich on Thursday. “We are fully focused on implementing our Strategy NUMBER ONE > NEXT, guiding the BMW Group along the “ACES” route: Automated, Connected, Electrified and Shared.” 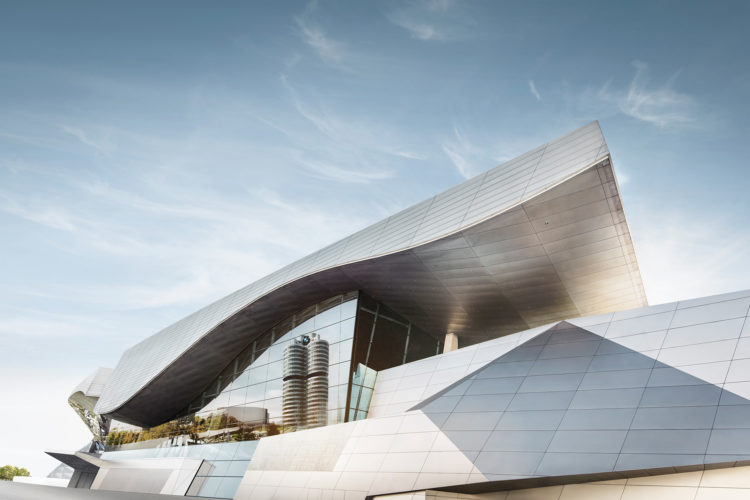 In the first year of Strategy NUMBER ONE > NEXT, the BMW Group announced its cooperation with Intel and Mobileye in the field of highly and fully automated driving, launched the ReachNow car-sharing service in the USA and set out the next steps in its electrification strategy. “From 2019 onwards, we will be firmly embedding all-electric, battery-powered mobility in our core brands. The electric MINI and the electric BMW X3 will be visible proof of how we are embracing innovations introduced with BMW i on a broader scale,” commented Krüger. The BMW iNEXT, set for launch in 2021, will be the BMW Group’s new technological spearhead. “The iNEXT will embody the future of mobility, setting new standards for automated driving, electric mobility, connectivity and design alike,” Krüger continued. Moreover, the BMW Group will launch further plug-in hybrid models powered by both electric and combustion engines; the electrified BMW 5 Series and MINI Countryman will be on the market in 2017.

Automotive sales volume climbed by 5.3% to a new record level of 2,367,603 units (2015: 2,247,485 units) in 2016. With its three premium brands, BMW, MINI and Rolls-Royce, the BMW Group remained the world’s leading manufacturer of premium vehicles. Sales of electrified vehicles almost doubled to over 62,000 units in 2016. Sales of the all-electric BMW i3 have risen every year since the model was launched in 2013 and the BMW Group aims to sell a total of 100,000 electrified vehicles for the first time in a single year in 2017.

The BMW Group’s successful performance is also reflected in its creditworthiness. The rating agency Moody’s, for instance, has raised its long-term rating for the BMW Group to A1, highlighting the company’s track record of robust operational performance and repeated ability to launch innovative products. Nicolas Peter, member of the Board of Management of BMW AG, responsible for Finance, stated: “The BMW Group demonstrated its operational strength in 2016 and now holds the second-best rating of all automobile manufacturers worldwide. Our excellent creditworthiness is also an expression of the trust the BMW Group has earned itself over the years through stability and continuity. Achieving our ambitious targets in 2016 is further evidence of this ability. We are convinced that innovative strength and high profitability go hand in hand. Our financial strength today is the firm basis for future innovation and thus for our success tomorrow. We remain committed to this strategy.”

At the Annual General Meeting on 11 May 2017, the Board of Management and the Supervisory Board will propose to shareholders that the dividend be increased to a new high of € 3.50 (2015: € 3.20) per share of common stock and € 3.52 (2015: € 3.22) per share of preferred stock. The distribution rate will therefore rise to 33.3% (for 2015: 32.9%), well within the BMW Group’s target range of between 30 and 40%. “The exemplary commitment of our workforce and the unfailing trust placed in us by our shareholders are the key drivers that run through the BMW Group’s success story,” said Krüger. “For this reason we are paying an associate bonus for our permanent staff in Germany, the highest amount paid amongst our competitors.”

In 2016, more than two million BMW brand vehicles were sold for the first time within a single year. Deliveries to customers were up 5.2% at 2,003,359 units (2015: 1,905,234 units). A significant proportion of sales volume growth was attributable to the brand’s flagship BMW 7 Series and to the BMW X models, the former posting growth of 69.2% to 61,514 units and the latter accounting for one in three of all BMW vehicles sold in 2016. A total of 644,992 BMW X vehicles was sold during the 12-month reporting period, 22.3% more than one year earlier. The BMW 2 Series also helped drive brand growth (196,183 units; +24.8%). Launched in February 2017, the new BMW 5 Series is expected to make a significant contribution to sales volume growth during the current year.

2016 was the first full year for the MINI since the brand’s new strategy was adopted. With 360,233 (2015: 338.466) units sold and year-on-year growth of 6.4%, the MINI recorded the best sales volume figures in its history, with the MINI Clubman and the new MINI Convertible proving to be the biggest growth drivers.

Rolls-Royce Motor Cars recorded the second-best sales performance in the brand’s 113-year history. The Goodwood-based luxury car manufacturer sold 4,011 (2015: 3.785) vehicles, 6% up on the previous year, despite challenging market conditions. The performance includes an all-time high sales figure for the fourth quarter (1,386 units; +17.4%). A large number of these sales related to the new Rolls-Royce Dawn, of which 1,283 units were sold worldwide after its launch in summer 2016. The seventh generation of the Phantom re-affirmed its position at the very “pinnacle of luxury” – even in its final year of production, the Rolls-Royce flagship underlined the undisputed qualities of this model as the basis for its successor.

2016 was also a record-breaking year for the Motorcycles segment. The number of motorcycles and maxi-scooters delivered to customers rose by 5.9% to 145,032 units (2015: 136,963 units) – the sixth sales-volume record in succession. BMW Motorrad’s five largest markets were Germany, the USA, France, Italy and Spain. As part of its new strategy, BMW Motorrad is in the process of expanding its model range, having set a sales volume target of 200,000 units for 2020.

Increase in workforce and number of apprentices

The workforce grew by 2.0% in 2016. At the end of the reporting period, 124,729 people were employed in the BMW Group worldwide (2015: 122,244 people). The slight year-on-year increase was driven by a number of factors, including the need for additional qualified staff to work on developing electric mobility as well as digitalisation and the growth in financial services business. The systematic expansion of mobility services also contributed to the increase in the workforce size.

The BMW Group continues to place great emphasis on its trainee activities. Overall, more than 4,600 young people worldwide were employed in vocational training and training programmes for young talent at 31 December 2016.

The upward trend in worldwide sales volume is forecast to continue in 2017, powered by the BMW Group’s highly attractive model range, which will be rejuvenated during the current year with various new vehicles, including the new BMW 5 Series and the MINI Countryman. “We are again targeting a new sales volume record in 2017, with sales slightly up on the previous year,” Krüger stated. However, the BMW Group expects the global political and economic environment to remain volatile.

The Supervisory Board would like to thank Prof. Kagermann for seven years of invaluable and trusted cooperation.

Further information on the Group Financial Statements 2016 and the outlook for the current year will be available at the BMW Group’s Annual Accounts Press Conference to be held in Munich on 21 March 2017.