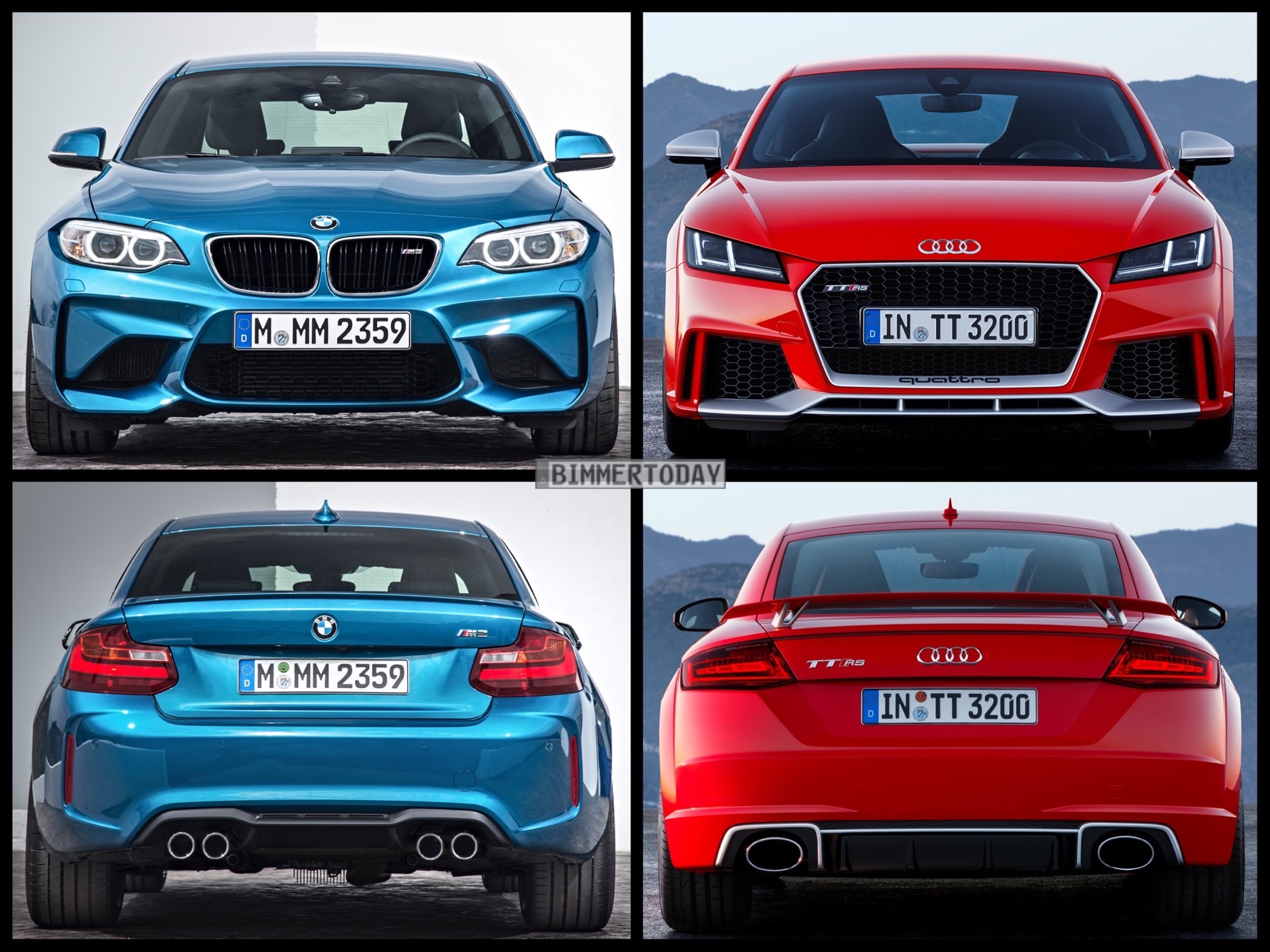 When the BMW M2 first came out, Audi didn’t really have a true competitor for Munich’s newest sports car. Now, though, the new Audi TT RS is ready to help Audi take on the M2. But does it have what it takes? German publication Auto Bild finds out.

Packing a 400 hp 2.5 liter turbocharged five-cylinder, it seems as if Audi might have BMW beat, here. That engine is paired with a seven-speed dual-clutch S-Tronic gearbox and powers all four wheels, via a Haldex-based all-wheel drive system. This allows the TT RS to get from 0-62 mph in a, Auto Bild-claimed 3.5 seconds. It also makes a killer noise that could be one of the best engine/exhaust noises on the market.

That blows the doors off the M2, as its 365 hp 3.0 liter turbocharged I6, seven-speed DCT and rear-wheel drive can only do 0-62 mph in 4.2 seconds. That’s considerably slower than in the TT RS. But the BMW M2 isn’t about pure speed, it’s more about fun and excitement. With its rear-wheel drive setup and near-perfect chassis balance, the M2 is one of the most fun sports cars on the planet. So it has the edge is dynamics.

And this is sort of what Auto Bild finds in their comparison test. The Audi TT RS is brutally fast, with enormous power and tenacious grip. That in itself is thrilling, especially with the guttural roar of the 2.5 liter five-cylinder engine. The level of speed and performance would likely never get old. It’s also a very sharp tool, with accurate steering and tremendous cornering grip.

However, it’s the BMW M2 that is better to drive overall. It’s also quick in a straight line and very fast, but it also has the sort of rear-wheel drive playfulness that BMW M cars are known for. Not only is the BMW M2 technically impressive, much like the Audi TT RS, it stirs the emotions of the driver. That makes the BMW M2 better than the Audi TT RS overall, despite the latter being a superb car in itself.