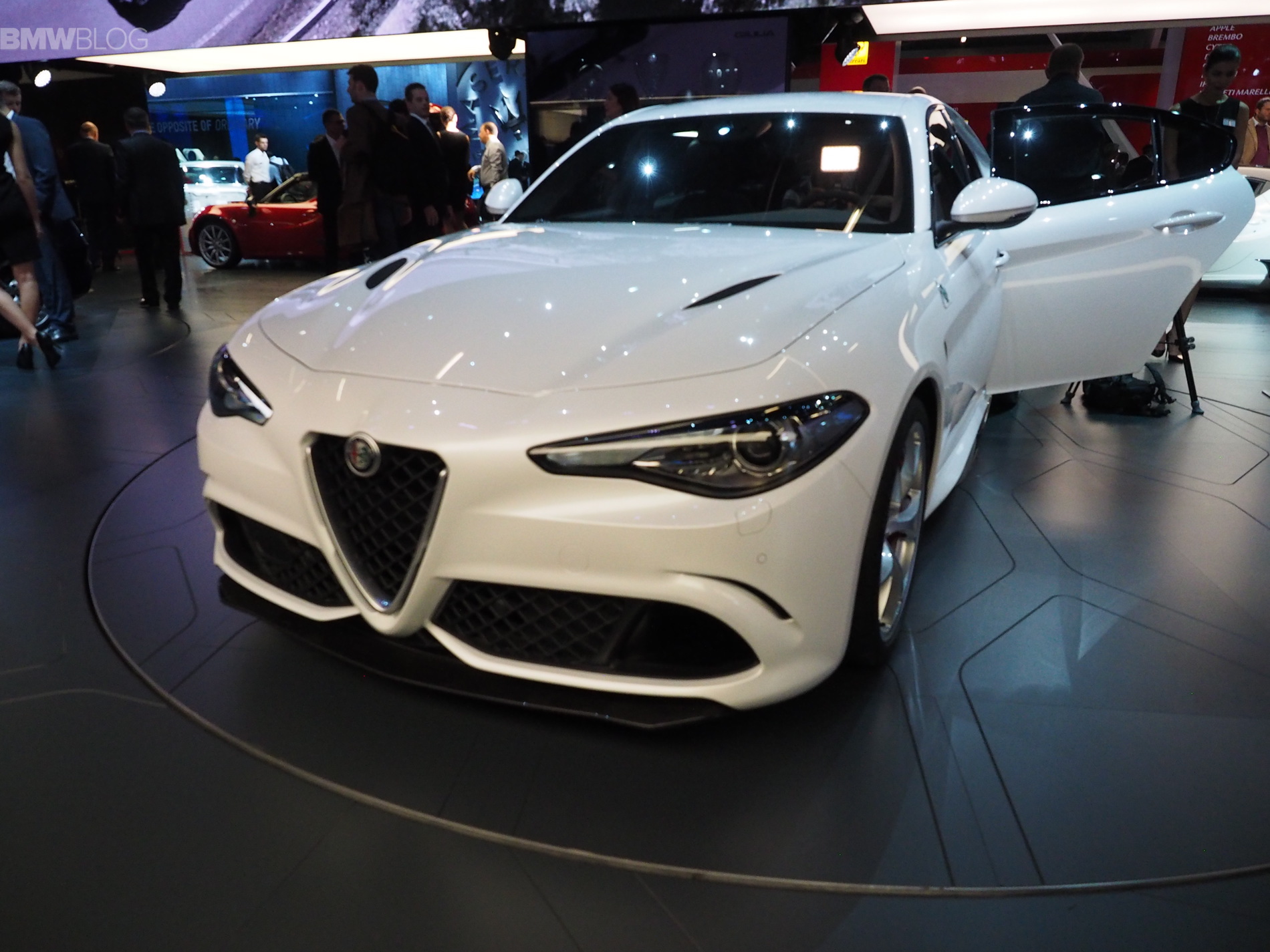 If you’ve been following Alfa Romeo’s return to mainstream markets in North America, you’d know that the upcoming Giulia sport sedan will come in two flavors — a base spec, which will have a 280 hp 2.0 liter turbocharged four-cylinder engine, and the famous Quadrifoglio, which will pack a 2.9 liter twin-turbocharged 505 hp V6. That gives Alfa Romeo a competitor to BMW’s 330i and M3, but leaves a big gap in between both. However, some rumors have surface that say Alfa is readying a mid-level Giulia to compete with the BMW 340i — the Alfa Romeo Giulia Veloce.

Now, Alfa already offers a Giulia Veloce in European markets, but it’s just a trim level that adds all-wheel drive and some other bits, but packs the same base engine. Alfa also declined to comment on this report to Road & Track, so there’s no official word on such a thing. However, AutoEvolution got their hands on a screenshot of an Alfa Romeo document claiming a Giulia Veloce coming to NA.

If these reports are true, this Giulia Veloce will pack a 350 hp variant of the 2.0 liter turbocharged four-cylinder engine in the base car. That would put the Giulia right in line with the BMW 340i, Audi S4 and Jaguar XE R-Sport. Though, it’s curious that Alfa would go with a tuned four-cylinder when all of the other aforementioned cars pack six-cylinder engines. Plus, Alfa Romeo has a brilliant six-cylinder engine in-house already, the same 2.9 liter in the Quadrifoglio, that it could just detune for Veloce duty.

We like the idea of this Alfa Romeo Giulia Veloce and hope these rumors are true, because the more great cars in the segment, the better off we are as enthusiasts. Competition breeds excellence, so we could always use more great sport sedans, especially one from Italy. America hasn’t had a fun, yet affordable, Italian sport sedan in decades, so we’re due.