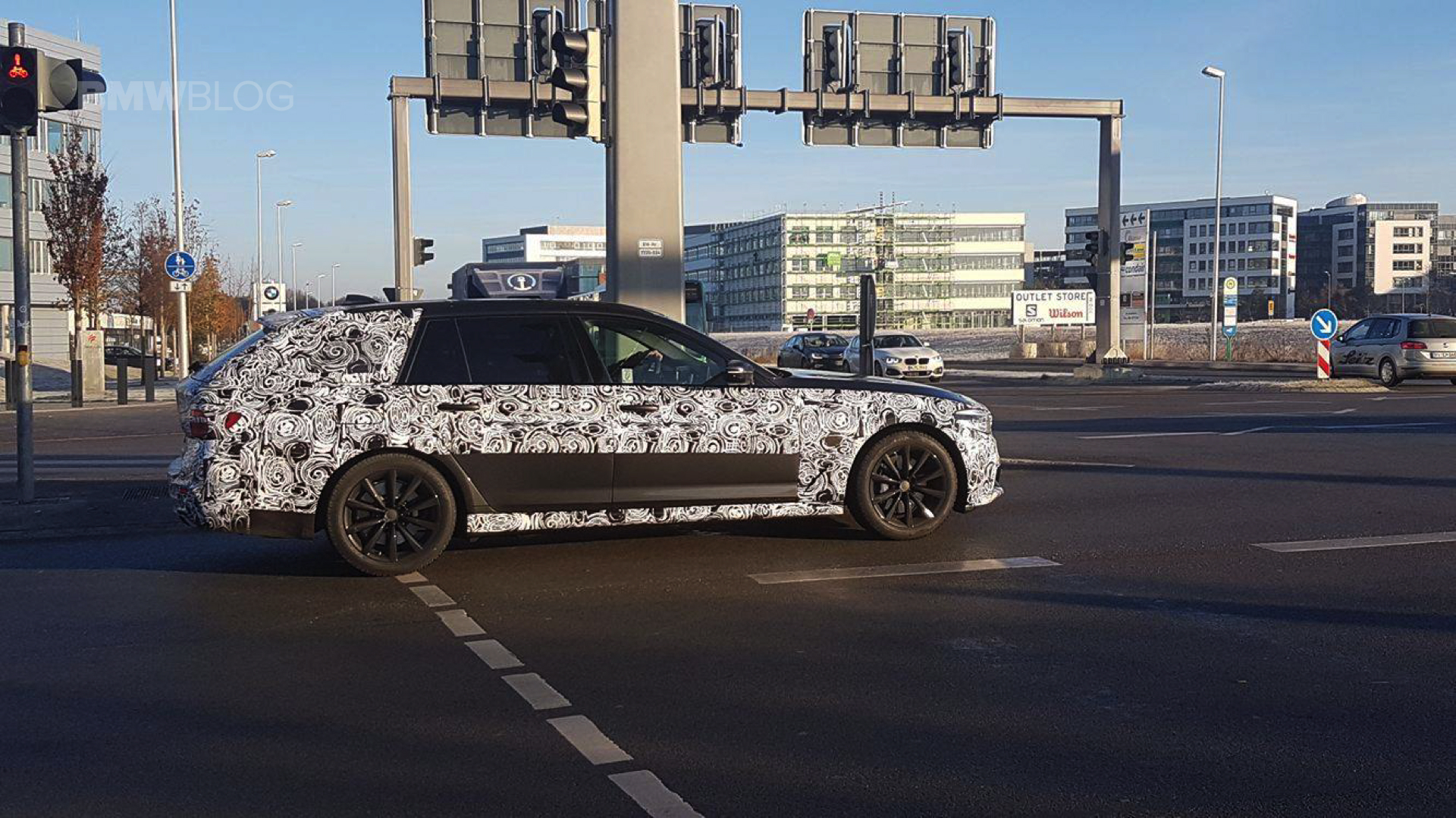 The new edition of the BMW 5 Series Touring is one of the most important novelties of next year. Although important models, such as the corresponding sedan or the third generation X3 will be launched, at least for Europe, the G31 Touring is the one that will stand the most on the Old Continent.

The spacious premium Kombi stands, not only in Germany, for a large part of the 5 Series sales figures and is accordingly important for sales, turnover and margin of the company. 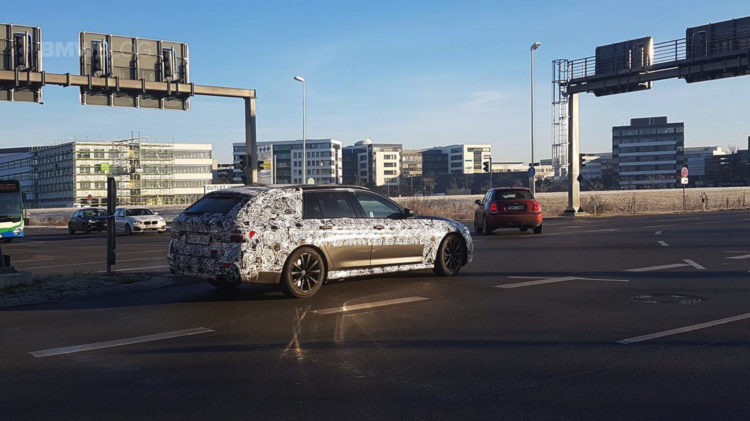 Even if the design of the new BMW 5 Series Touring will not be a big surprise, prototypes continue to be spotted on the road featuring the typical camouflage. Our reader Todor has caught a prototype in Garching and has given us several photos, which show interesting details, especially when looking at the roof line and the clearly inclined rear window. 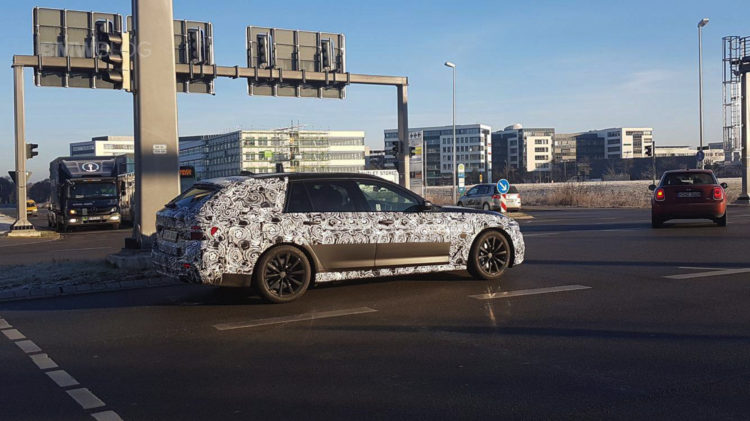 Compared to the F11 model it replaces, the new tourer will be a bit tighter with a seemingly shorter front and rear overhangs, and it also seems to sit lower lower to the ground. Design wise, the new G31 will take most of the cues from the 5 Series Sedan. The iconic kidney grilles are massive and the headlights blend into them in a very 5 Series-like fashion. The headlights are also angrier and more aggressive than the current F10-gen’s. The hood also aids in this added aggression, as its creases give the front end a more muscular look. There will also be a 5 Series-style Air Breather on the lower part of the front fenders.

A change in shape was required to accommodate the cargo area, therefore BMW pushed the Hofemeister kink back from the C-pillar to the D-pillar.

BMW will debut its new G31 5 Series Touring at the Geneva Motor Show in March 2017, just two months after the debut of the G30 5 Series Sedan in Detroit. 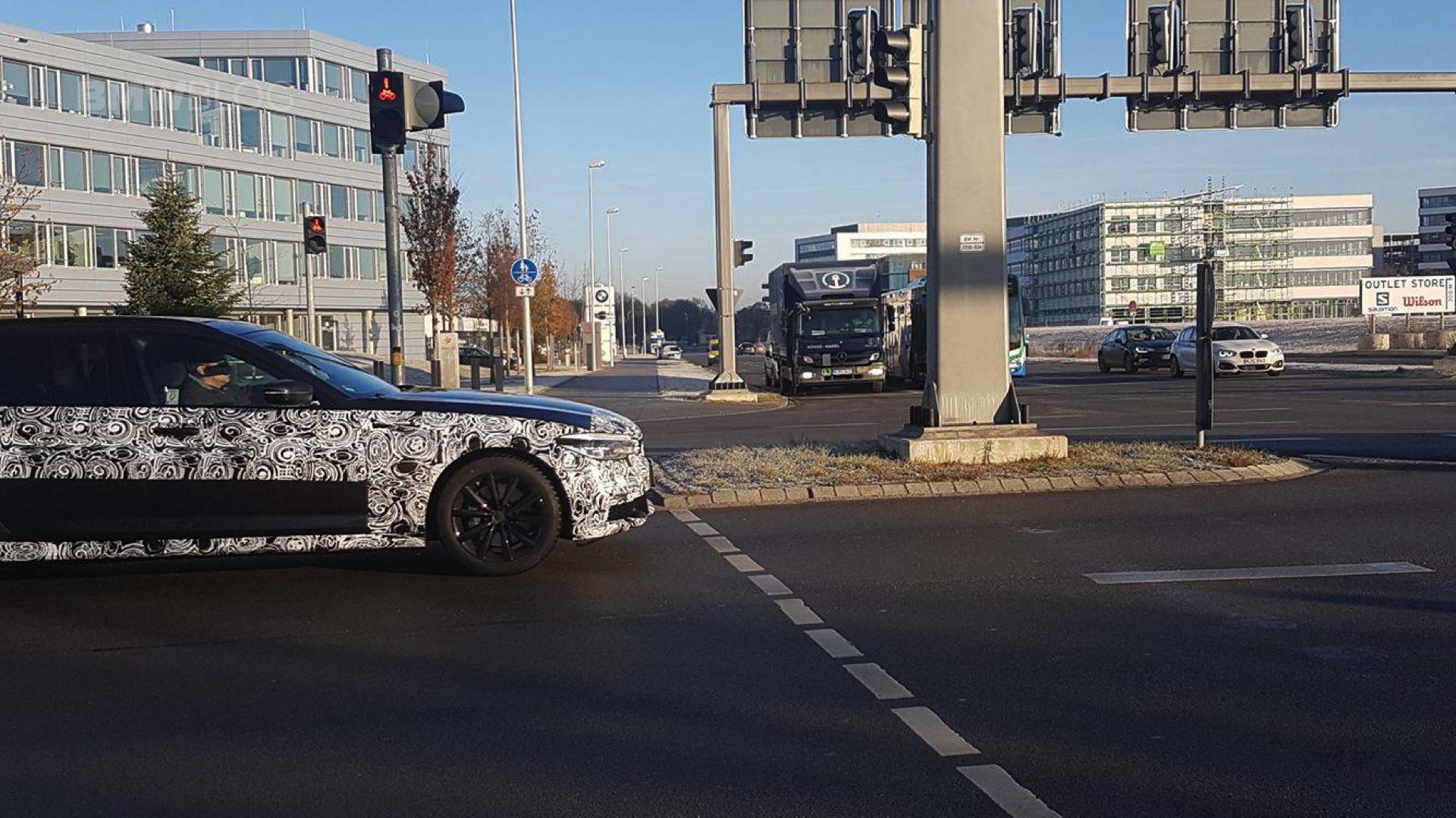 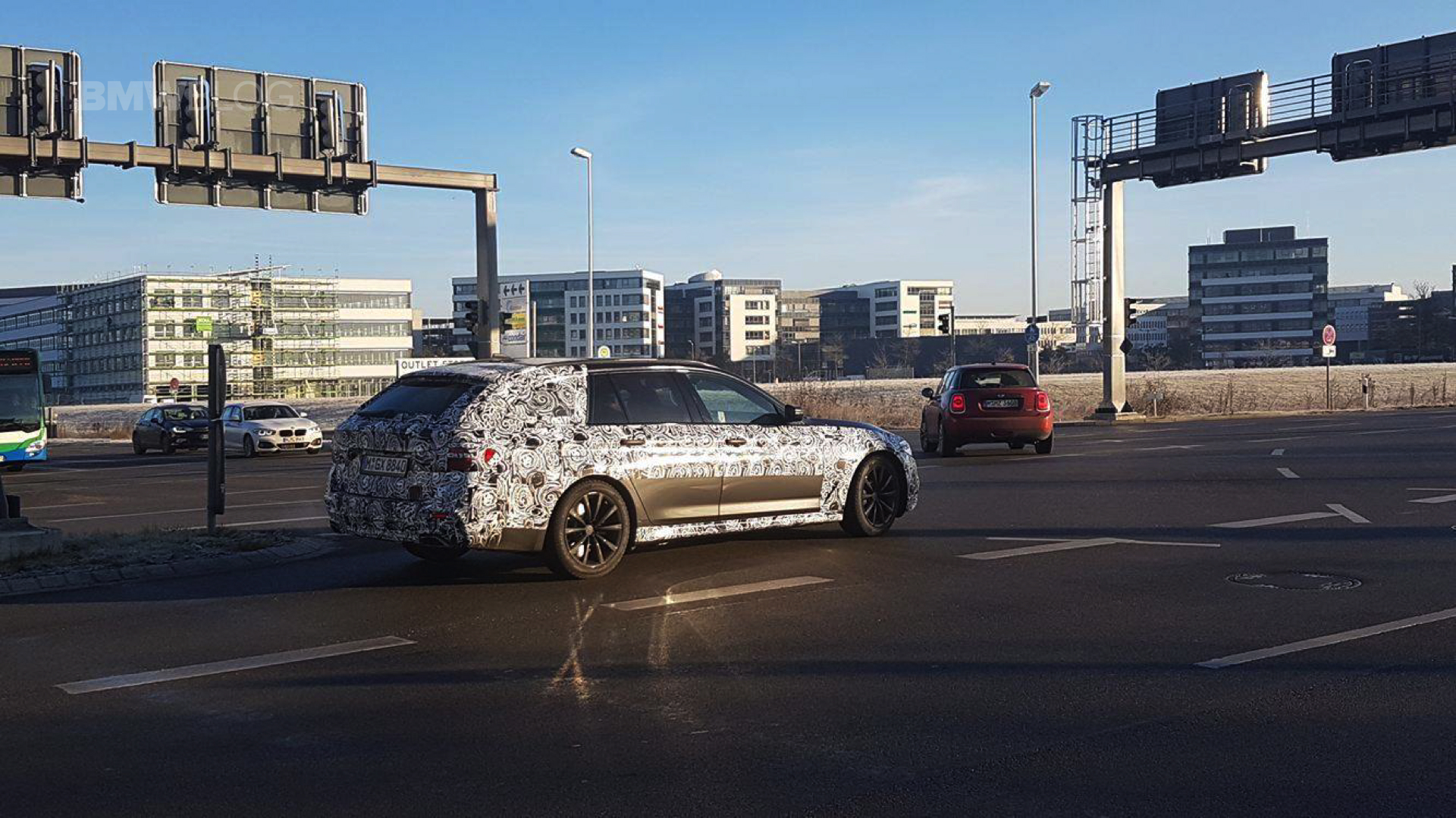 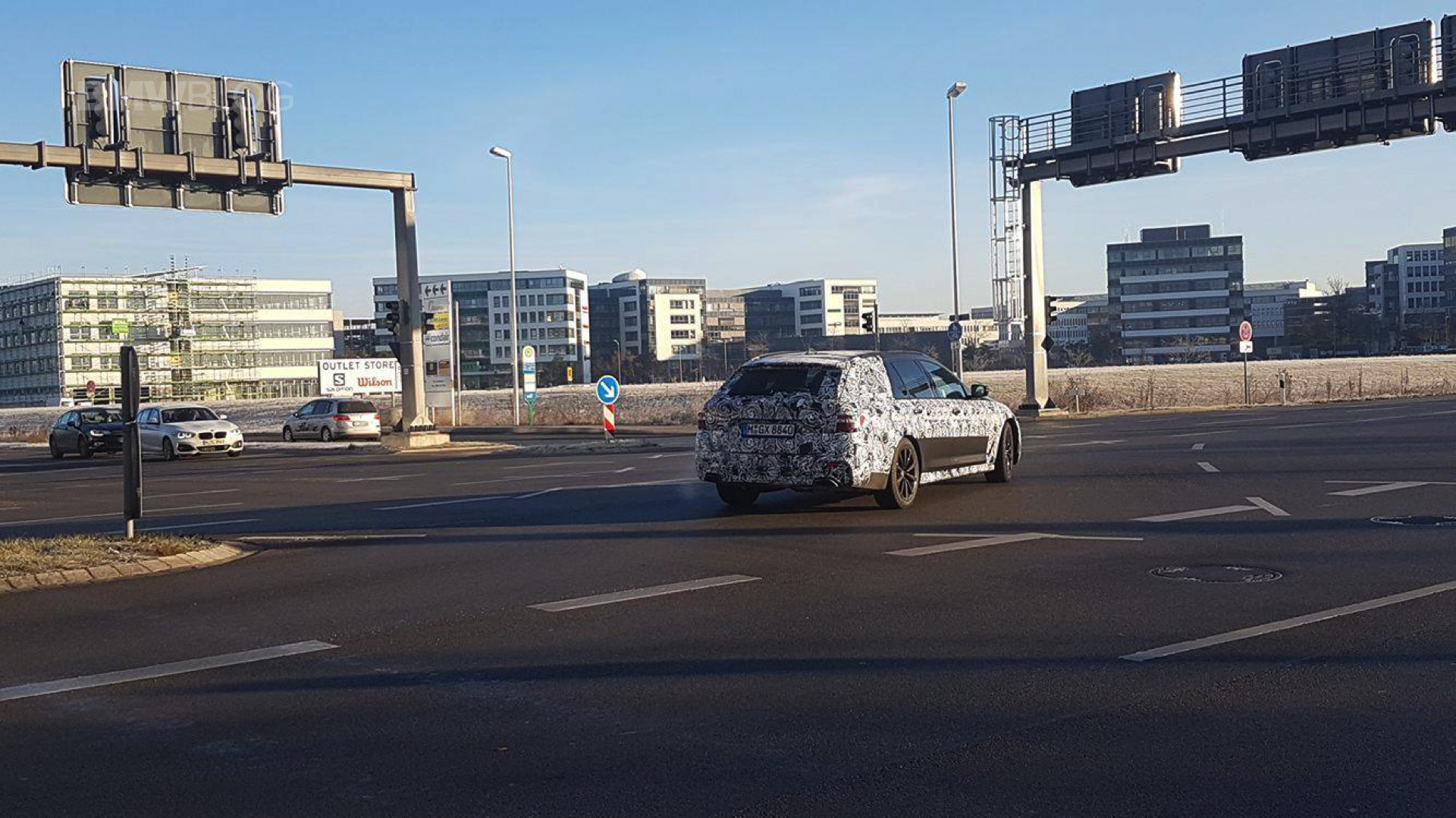 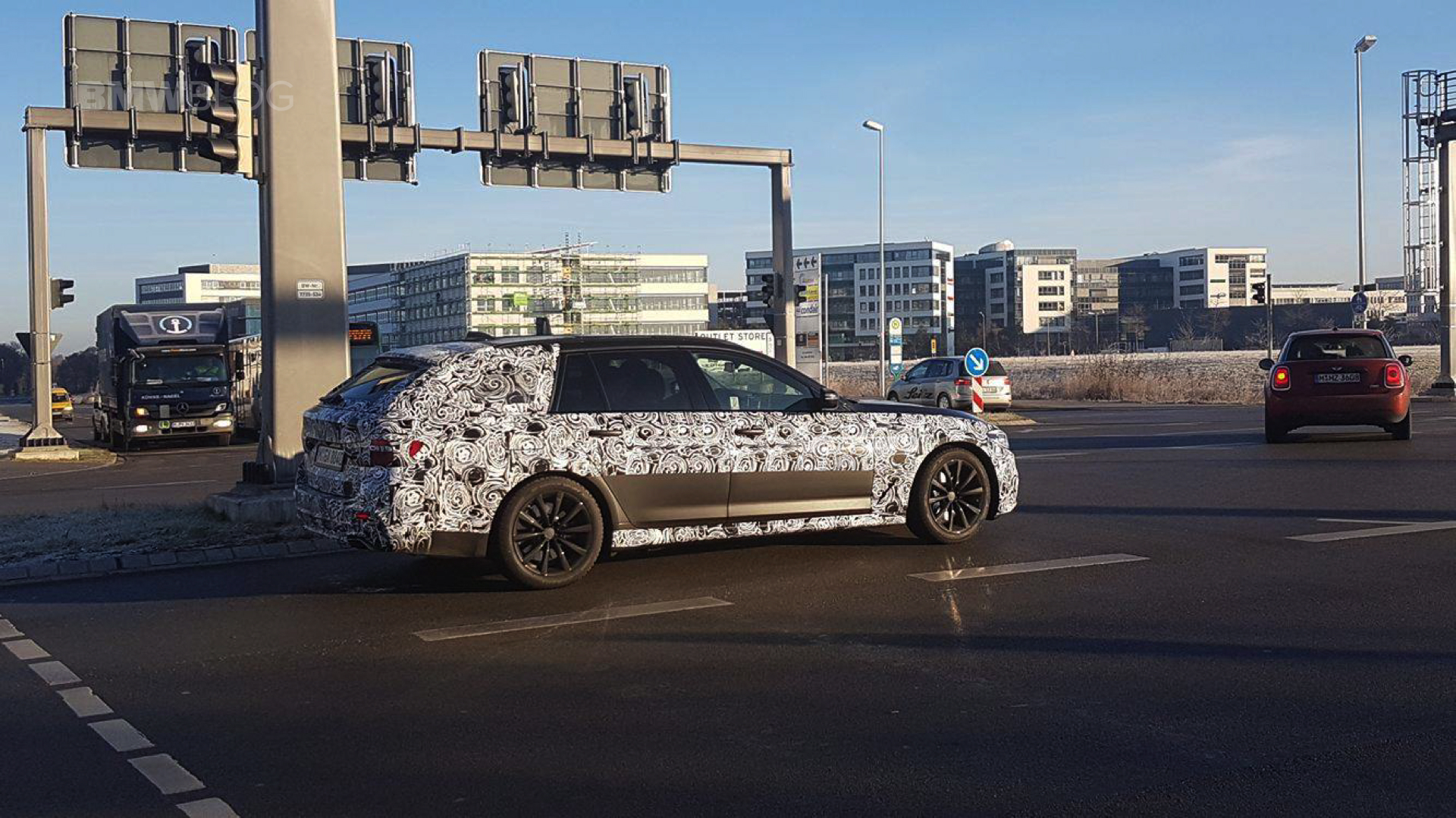