There is no denying the appeal of a BMW touring. You combine the space and usefulness of an SUV with the driving characteristic of the Ultimate Driving Machine. And when dressed up in the aggressive M Sport trim or beyond, like in this Kelleners Sport Tune, they are simply some of the nicest looking cars on the road.

Alas, BMW has denied those of us in the United States the pleasure of the touring, including the awesome M Performance Automobile M550d with its tri-turbo 3.0 liter diesel churning out a ground pounding 546 ft-lbs of torque while still attaining 44 mpg rating. 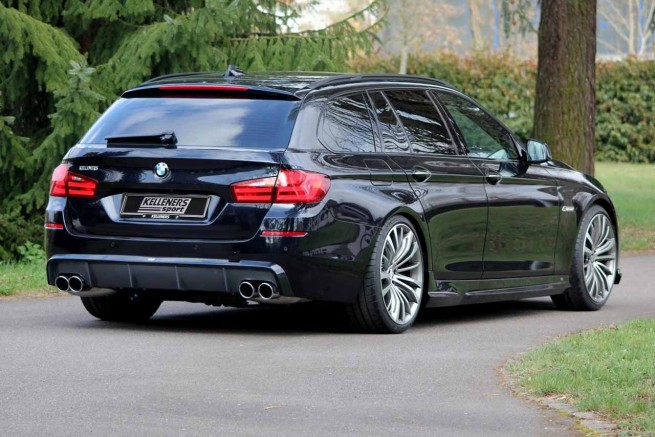 As a matter of fact, currently the United States is not privileged with any touring, in any series, until the F31 Touring makes its U.S. debut next year. That’s all fine and dandy but what I really want is the F11. It’s okay if we don’t get the M Performance Automobile edition since the certification process, and more importantly the costs involved to have a new engine certified for U.S. DOT approval are quite high. Therefore I will gladly settle for a 535i M-Sport.

So for those in power, if you’re reading this, those of us that are touring fans here would greatly appreciate the LCI F11 next year.

Have a Super Bild? Send it manny@bmwblog.com