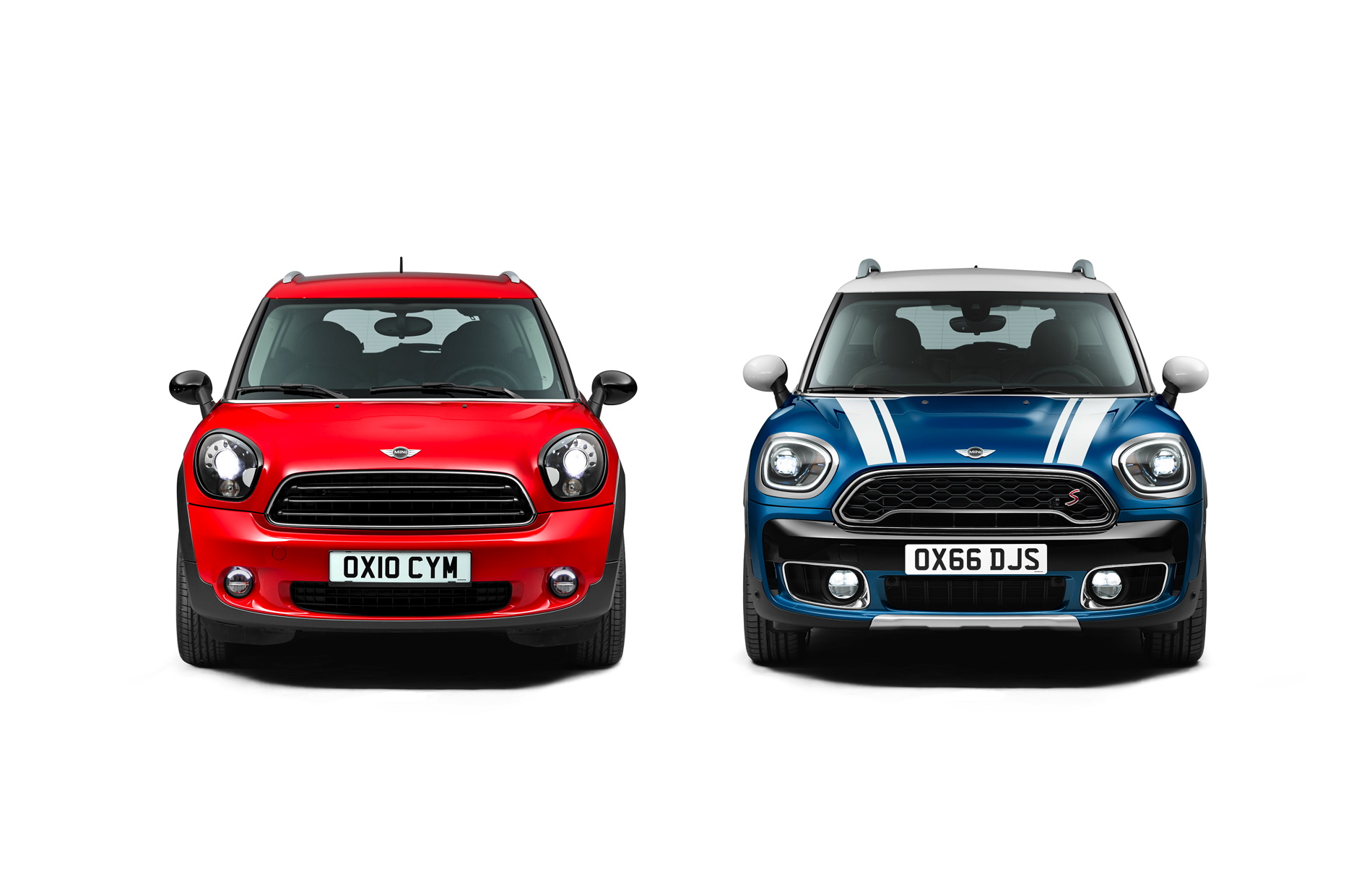 Yesterday, BMW debuted the world premiere of the brand-new F60-generation MINI Countryman. It’s the second generation of the Countryman and it has changed dramatically. Finally. The first-gen Countryman was, let’s be kind, aesthetically challenged. It was frumpy, ungainly and seemed a bit sloppy. It was too tall and had almost no body lines to speak of, making it seem like a poorly drawn cartoon car.

Especially with Plain-Jane grill and face. The new one, however, is much more attractive. While it isn’t exactly pretty, it has a far more rugged character that’s both more masculine and muscular. It’s a far more interesting looking car than the previous model. The headlights, now somewhat squarish, look far better, as does the new grill and lower front fascia. The dome in the hood looks cool, too.

In profile, the new F60-gen Countryman has the appearance of being lower, without actually being lower, and has more interesting body lines. The more pronounced dip in the roofline over the rear-quarter window looks cool and the new fender vent is much better looking. Overall, the new Countryman is a pretty cool looking little SUV…err…hatchback. Whatever the hell it is.

Out back, things are much, much better on the new car. Whereas the old car continued its “drawn by a fourth-grader” style of having virtual no design cues to speak of, the new one is far more visually interesting. The taillights, though similarly shaped, have more style to them, the rear bumper is more rugged looking and the little silver handle above the license plate actually gives us something to look at on the tailgate. It’s just a more square-jawed, more rugged looking car and it’s so much better looking for it. 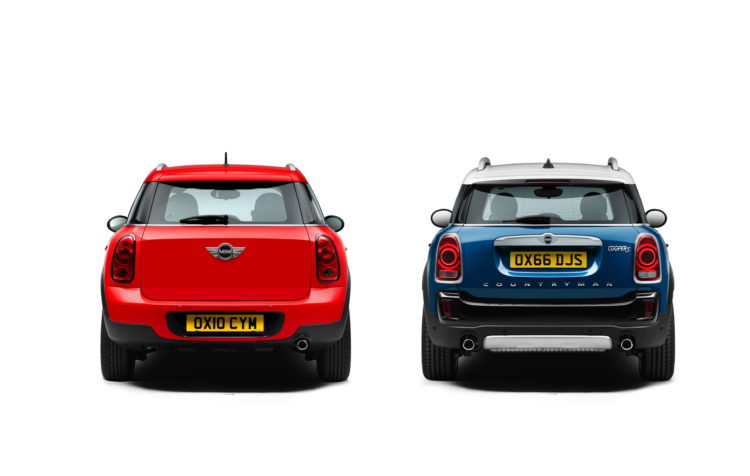 Whereas the previous-generation Countryman was a car that I, personally, would never consider owning, the new one is actually kind of charming. Does it go against virtually everything MINI stands for, by being large, complicated and luxurious? Yes, but not as much as the previous-gen, as this one is more reminiscent of the original Austin MINI Countryman, which had a sort of outdoorsy feel to it. Would a traditional MINI fan buy one? I don’t know, but I can say with some confidence that any fan of MINI, BMW or the gift of sight would choose the new F60 MINI Countryman over the old R60. 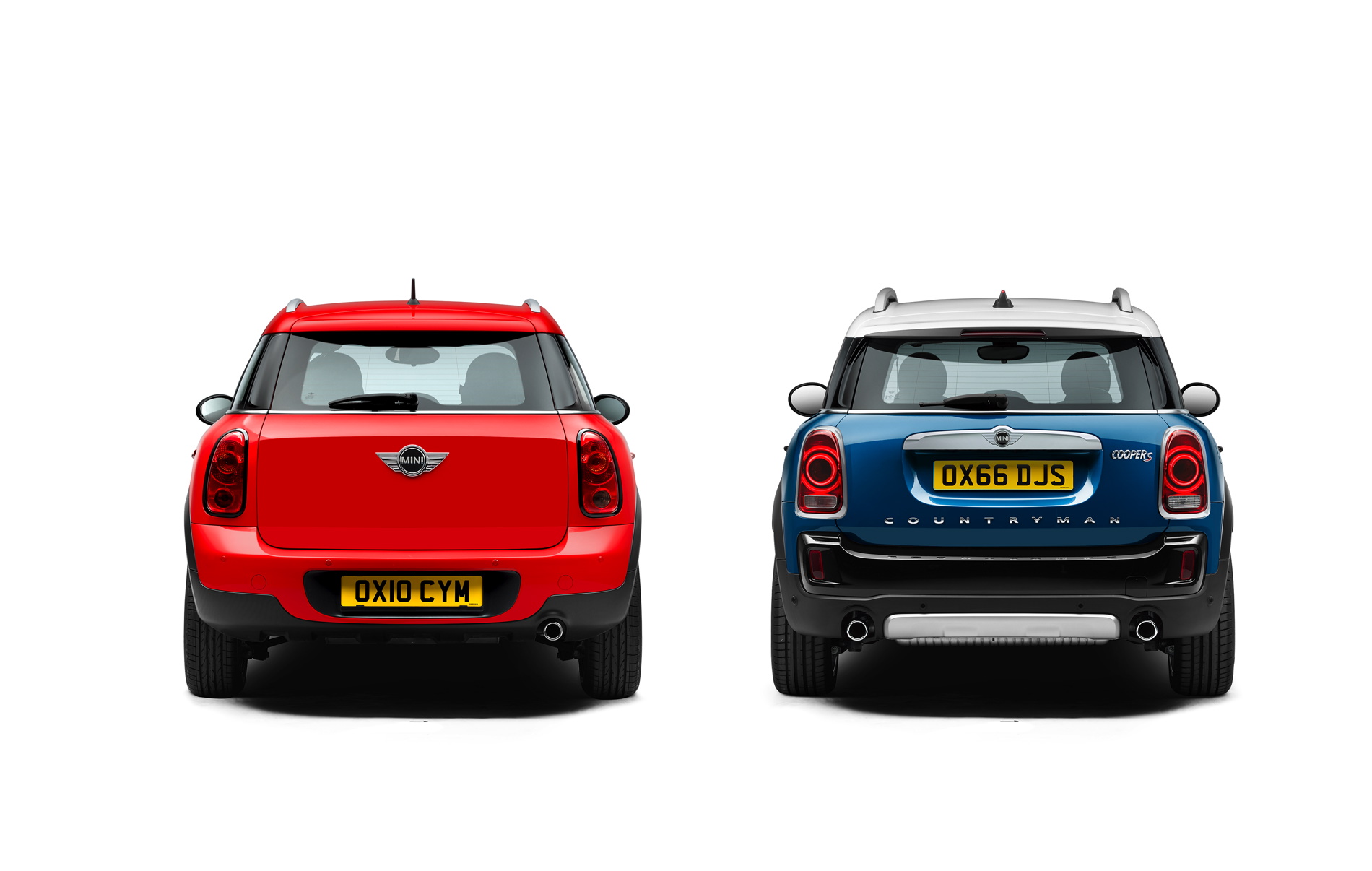