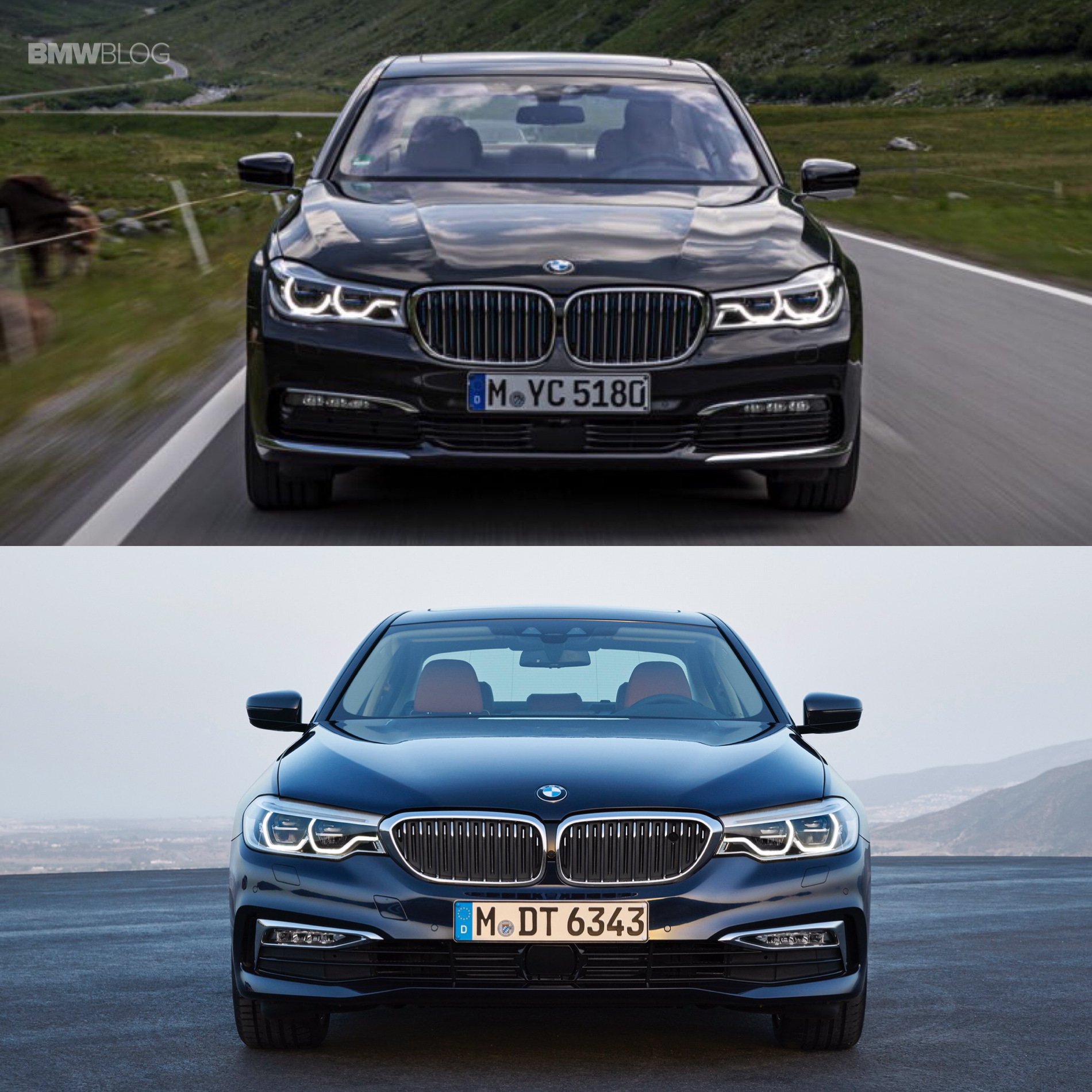 Now that we’ve seen the world premiere of the BMW G30 5 Series, we know that it heavily borrows its design, both exterior and interior, from its older brother, the 7 Series. So, we thought it best to do a quick photo comparison between the two, to see how the 7 Series’ design language has translated to the 5 Series. 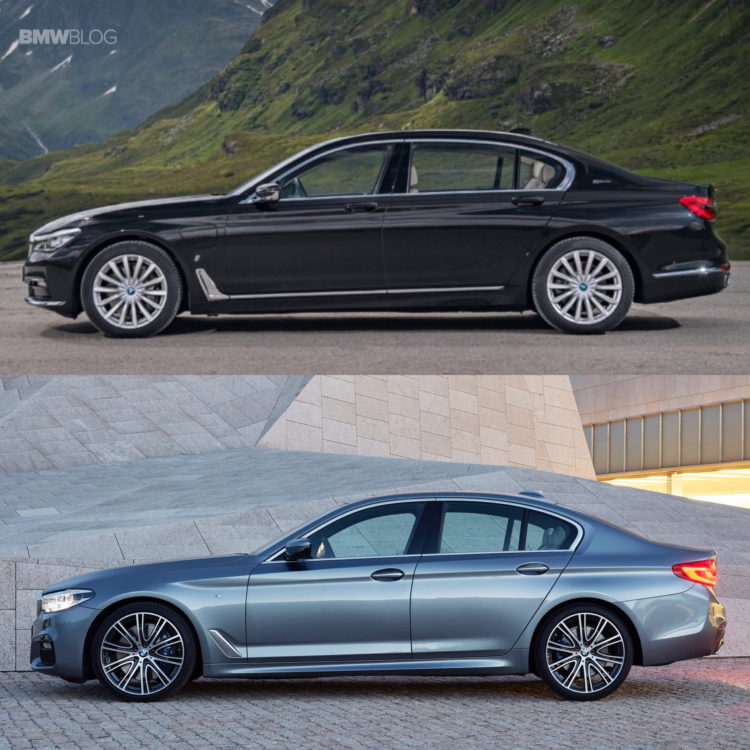 The two look remarkably similar in almost all exterior aspects. But their similarities are most apparent in profile The C-pillars on both cars are remarkably similar, as are the rear decklids and the sloping noses. BMW did wisely ditch the ‘hockey stick’ style air-breather and went with a more traditional vent for the 5 Series, though. The new 5er is also more muscular looking and better looking. My personal favorite aspect of the 5 Series is the front portion of the shoulder line, just before the front wheel arch. It gives the front end a muscularity that the previous-gen didn’t have and even reminds me of the BMW M2. 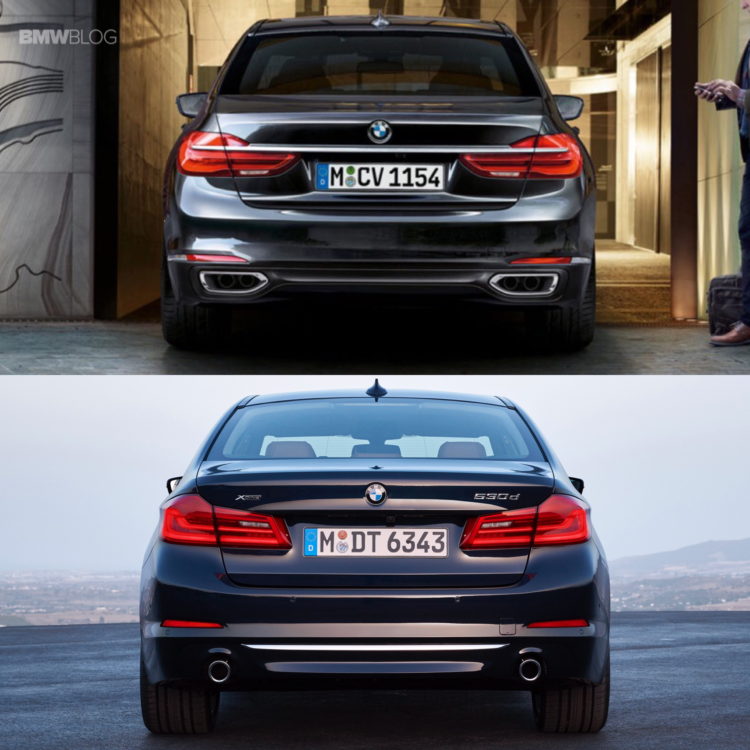 Out back, the resemblance is quite apparent, but not as much as down the sides. The taillights on the 5er are clearly inspired by the 7 Series, but aren’t exact. The 5 Series also has a bit of a taller rear end that seems a bit tidier. The 7 Series seems to droop lower and is much wider, both literally and visually. The 7er’s horizontal bar between the headlights is thankfully gone on the 5 Series, which allows the 5er to seem a bit narrower and more athletic. 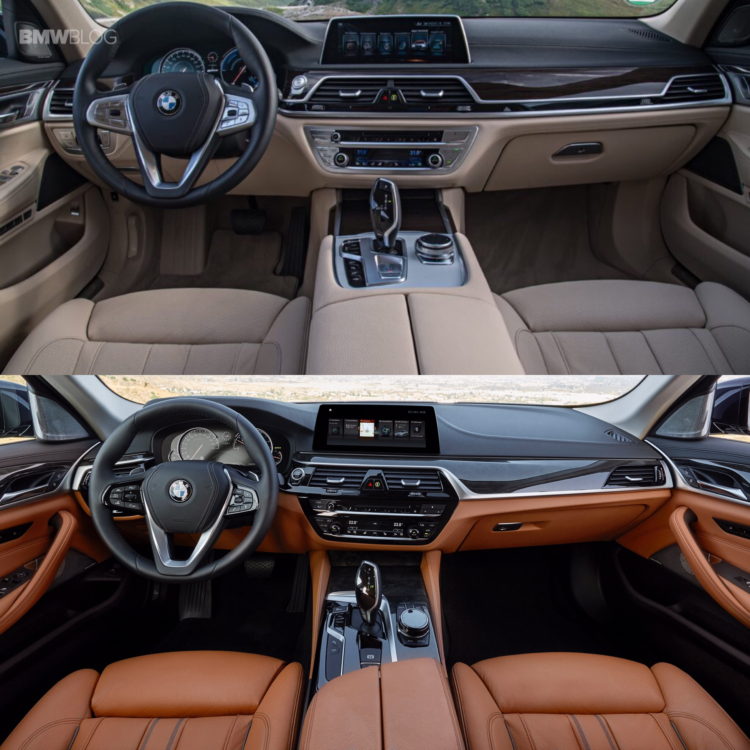 On the inside, the two cars are almost indistinguishable. So much so, in fact, that it had caused confusion for many websites who were posting 5 Series leaked interior photos, which were actually just 7 Series photos. The only real differences are the front dash trim, the smaller nav screen and the black control display surround, as opposed to the 7 Series’ silver one. The 7 Series also has a wider center console and some more leather throughout the cabin. But at first glance, they’re remarkably similar. Which is a compliment to the 5 Series, as customers will be getting an interior fit for a 7 Series in a car that costs significantly less.

Overall, the 5 Series seems to be a successful evolution of the 7 Series’ design language: keeping what works and improving what doesn’t. This is the case both inside and out and, at this rate, we’re very excited to see where BMW takes this design. 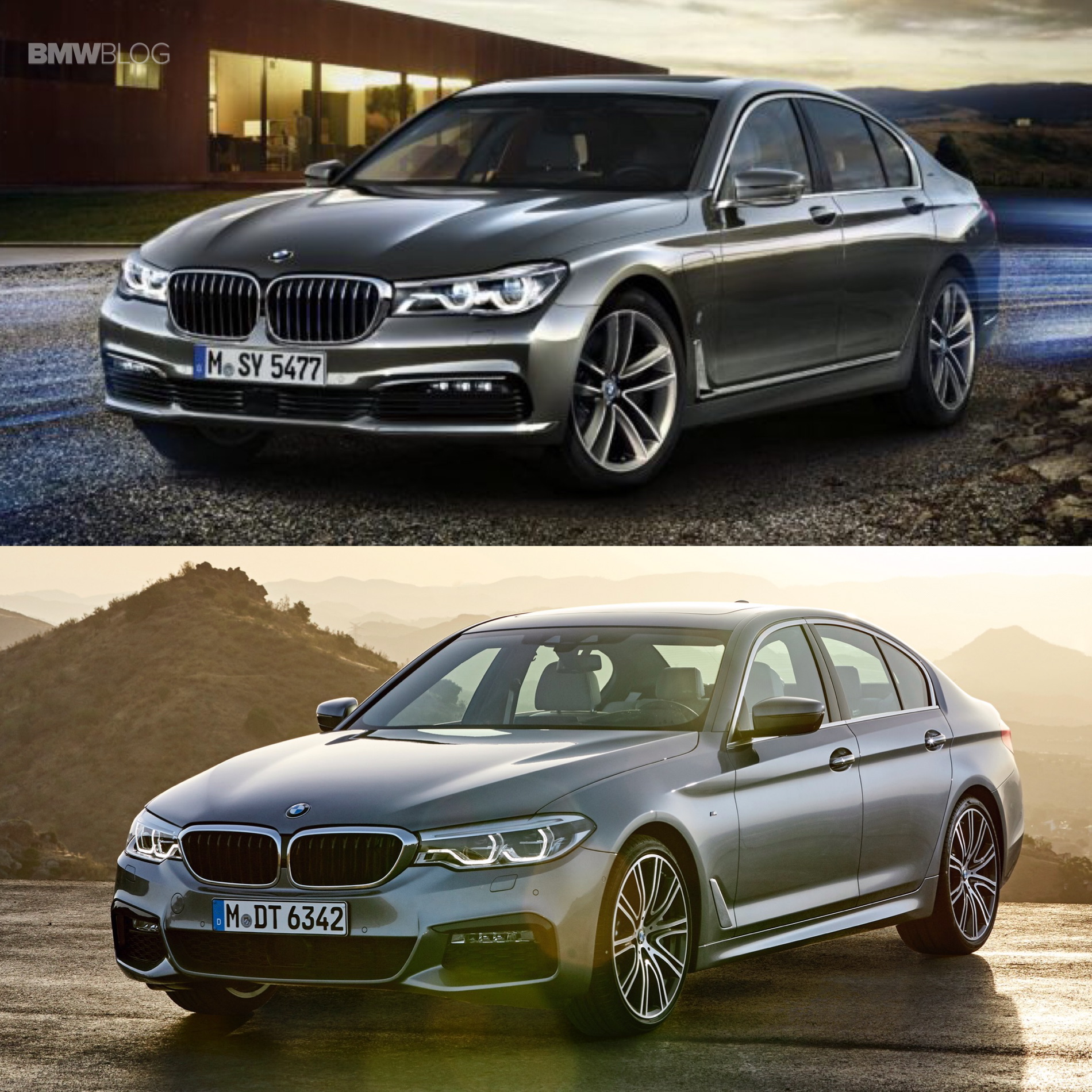 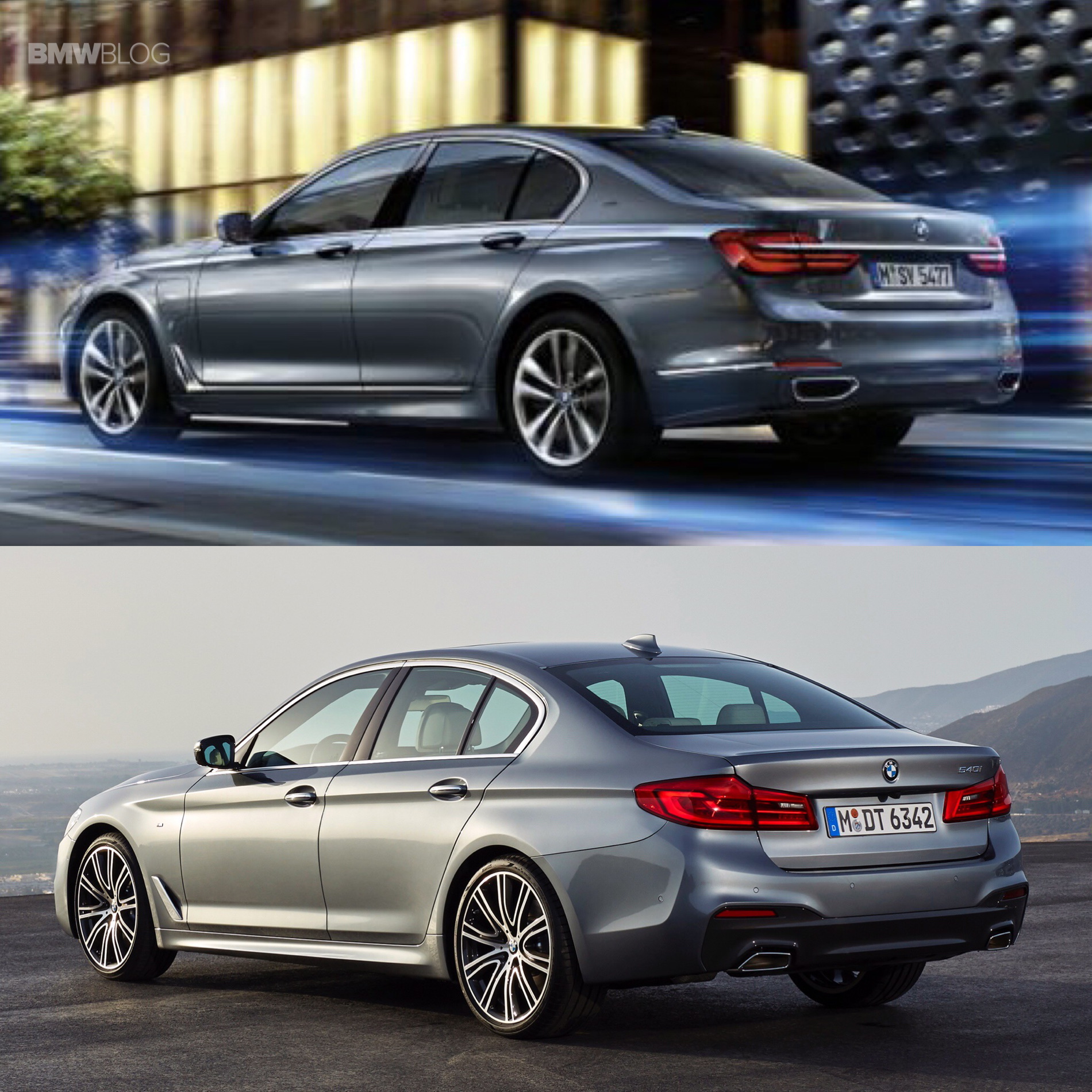 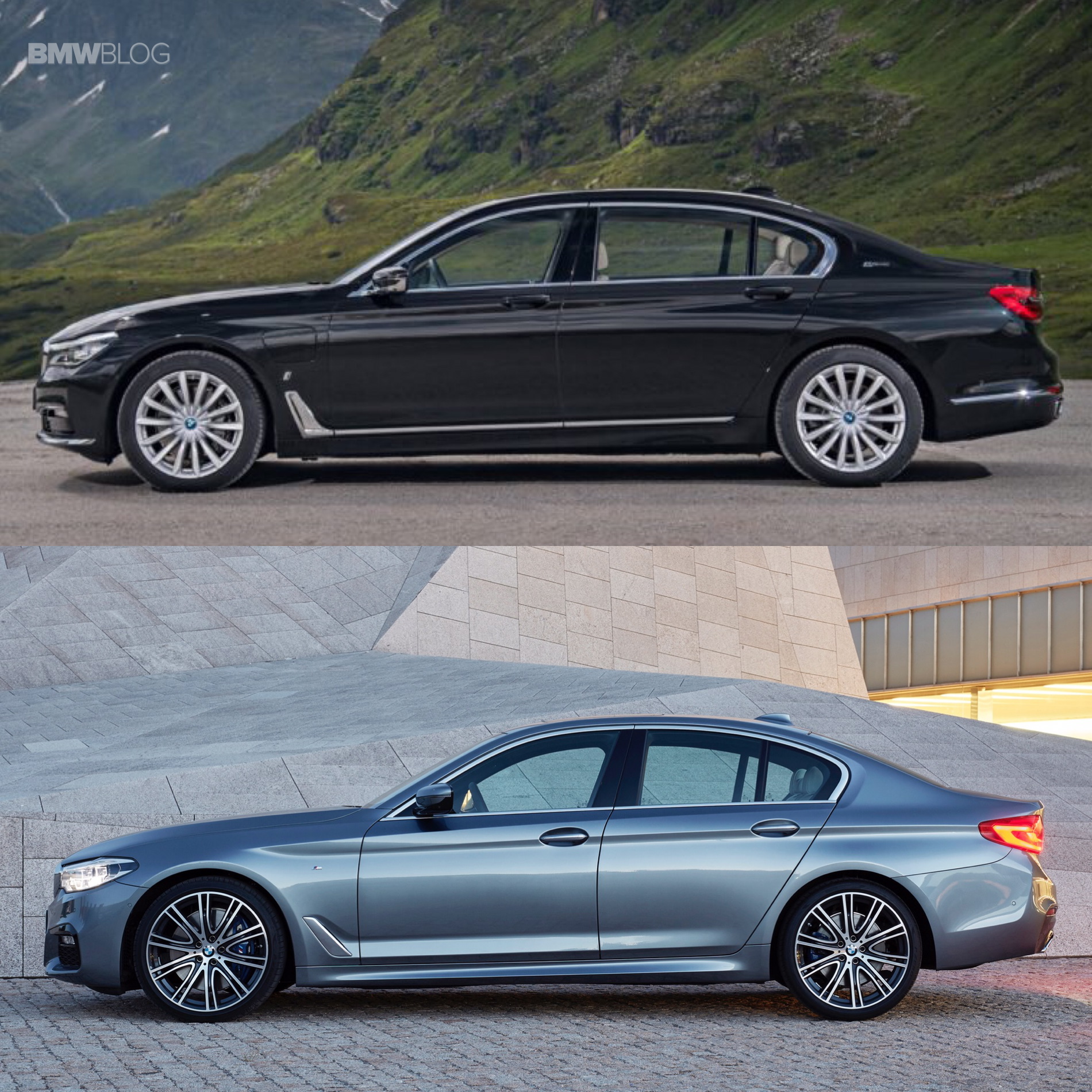 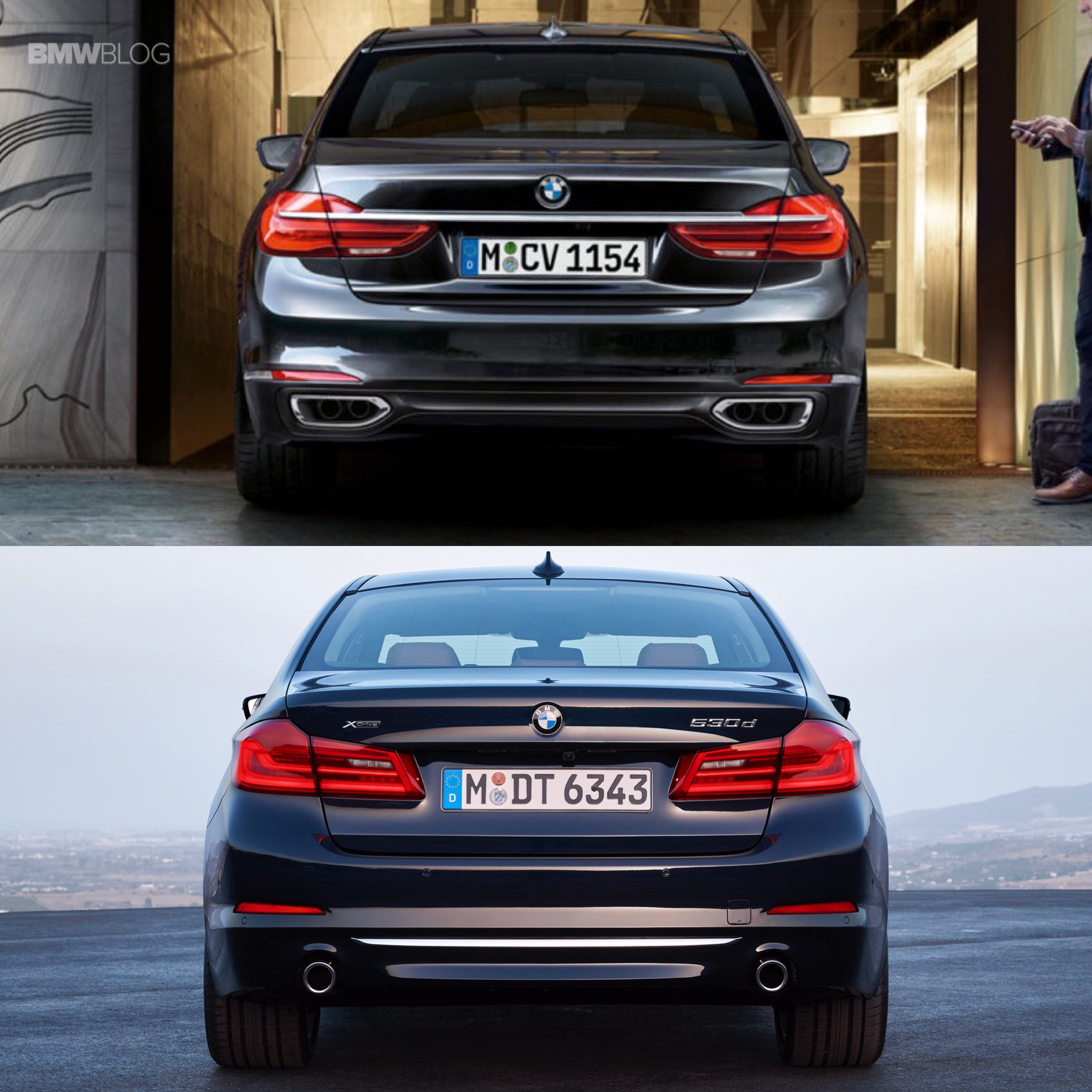 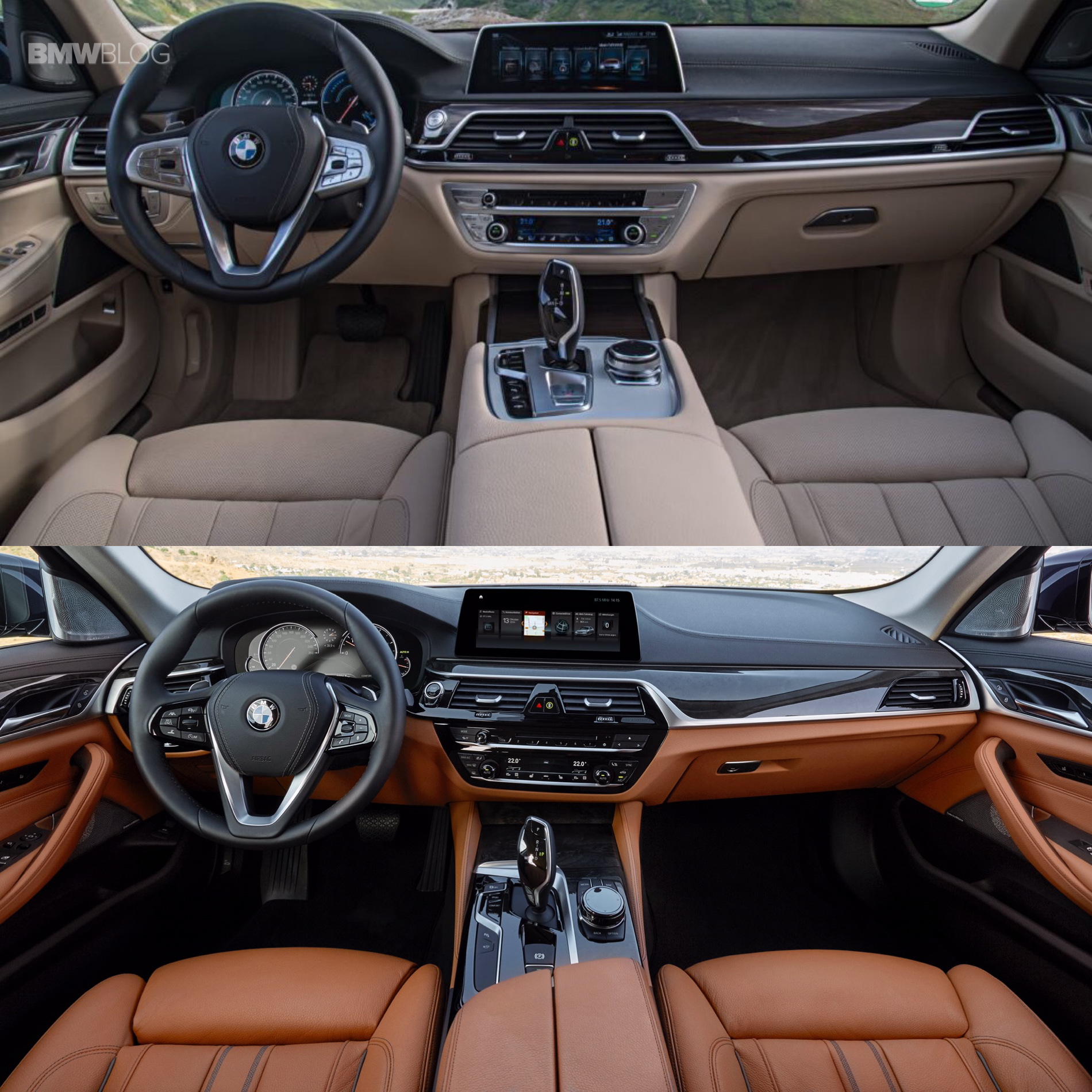 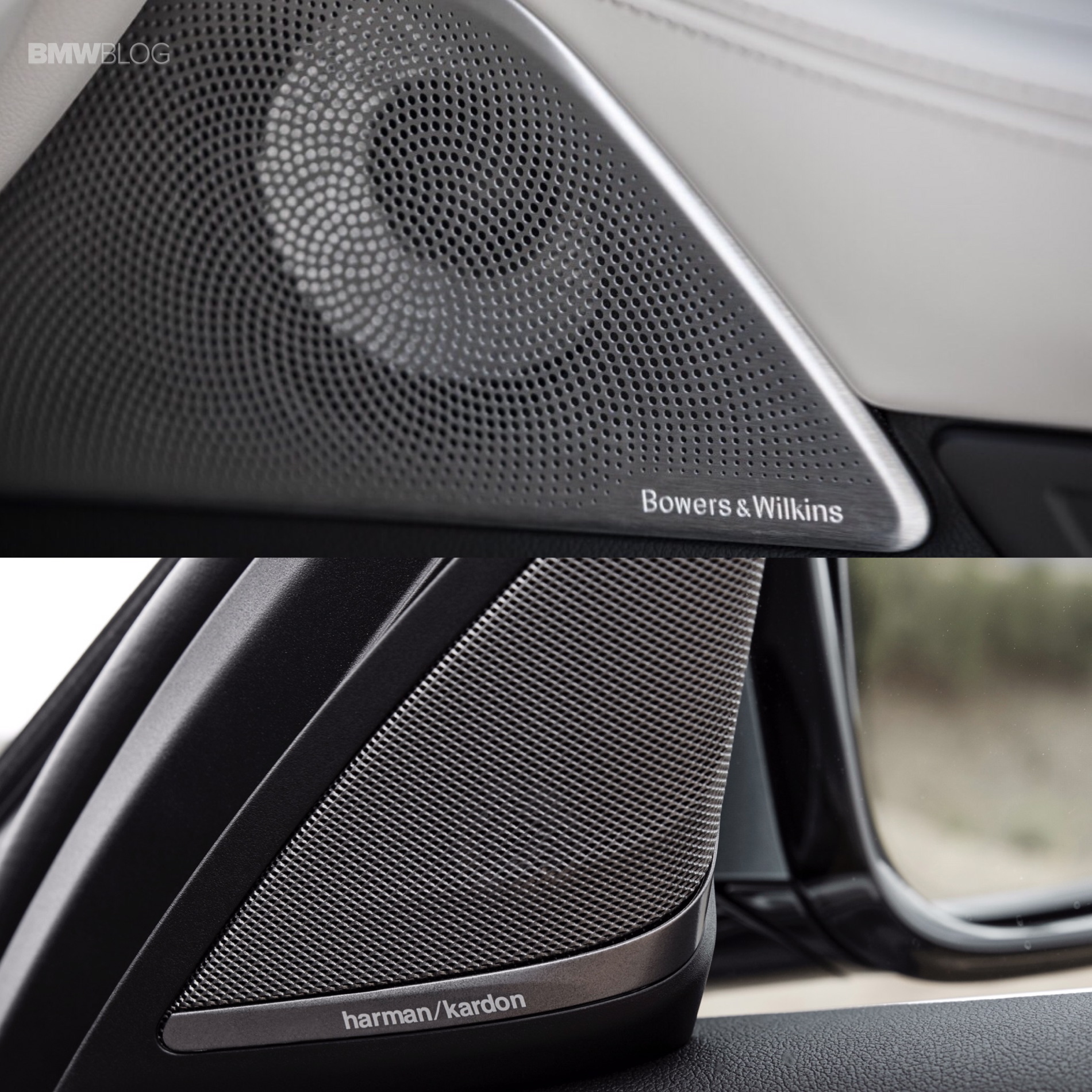 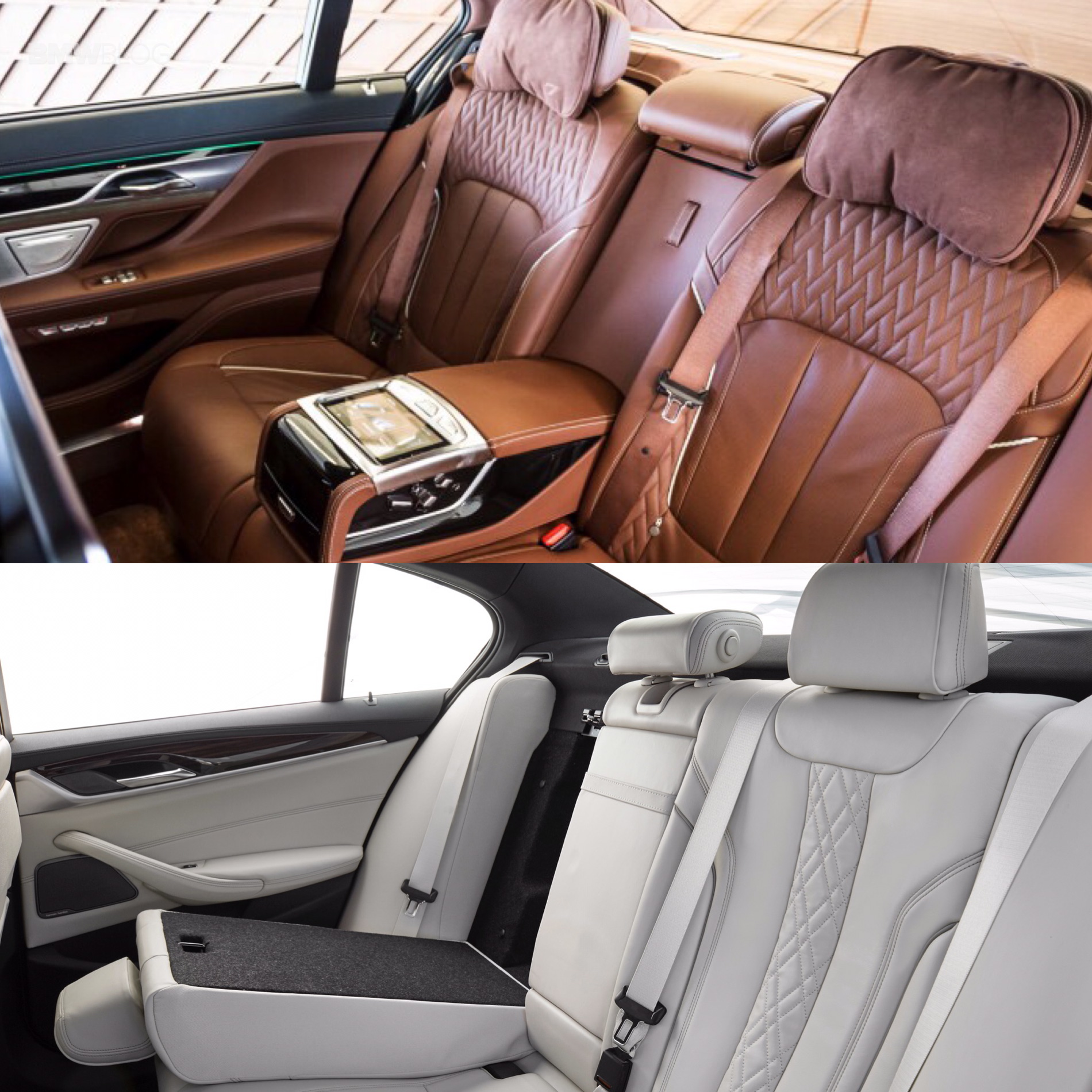