Home » Video: Talking to the Man in Charge of Restoring Elvis’ BMW 507

This year’s Pebble Beach Concours d’Elegance celebrated the 100 years of the BMW brand as we know it. Since this was a special occasion, the Germans brought out their A-game and even had a couple of surprises in store for the audience members. One of those surprises was the unveiling of the completely restored BMW 507 Roadster that none other than Elvis had owned back in the day.

Needless to say that apart from the new concepts that were present on the carefully trimmed lawn, the classic 507 drew the biggest crowd. And rightfully so, as the Alpine White roadster is a sight to behold. Its story is very complicated though and while it may have begun life as an Alpine White model that was used by Hans Stuck for all sorts of exhibitions, in the end, the 507 rusted in a barn, far away from curious looks, dressed in red. 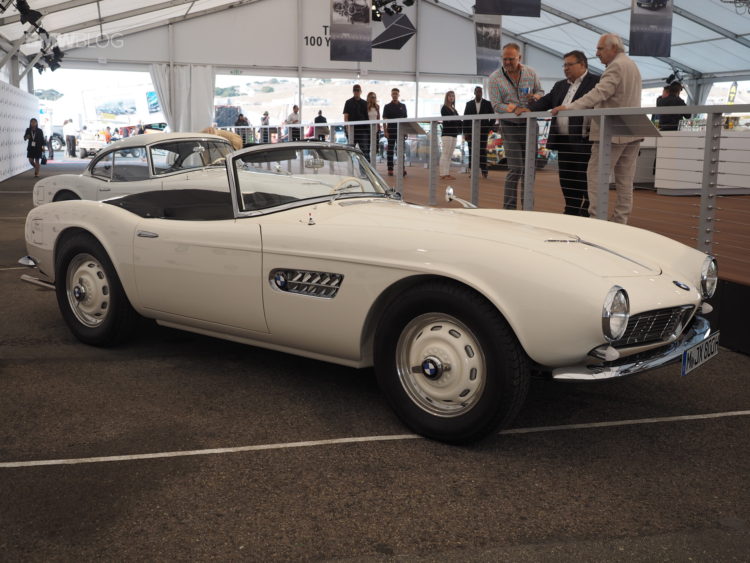 Legend has it that the car had become a sort of VIP and fans around Germany – where ‘The King’ was stationed in the 1950s – used to kiss his Bimmer as a sort of sign of appreciation. That, of course, led to it wearing red daily, like it or not. Apparently fed up with a situation, Elvis decided to paint it red, so that the contrast would be more forgiving to the eye. Don’t think that stopped the fans from doing the same thing, but it was less noticeable now.

The guys from Petrolicious decided to go behind the scenes and sit down with the man in charge of the restoration of the car, Mr. Klaus Kutcher. During this interview, the modest expert on BMW classics talks about how he came across the car and the tiresome process of getting it back to its former glory.