2018 is the year when we’ll see the second Rolls-Royce Phantom iteration done under BMW’s wing come out. The car will be building upon the success of its predecessor so it has some pretty big shoes to fill (literally). Therefore, seeing a prototype the size of a tank being tested on Spanish roads isn’t something you’d overlook. Chip in the fact that it seems to be carrying a trailer behind it and almost everyone with a camera probably jumped at the chance of filming it.

The new model was confirmed by both Rolls-Royce and BMW to be using its own, bespoke chassis. Project Cullinan, as it is codenamed within Goodwood and Munich will benefit from the latest tech the Germans have to offer in terms of lightweight construction. Sure, owners of Phantoms don’t really care about the weight of their cars but they might be interested in spending less time refueling as fuel consumption improvements would be available due to shedding pounds. 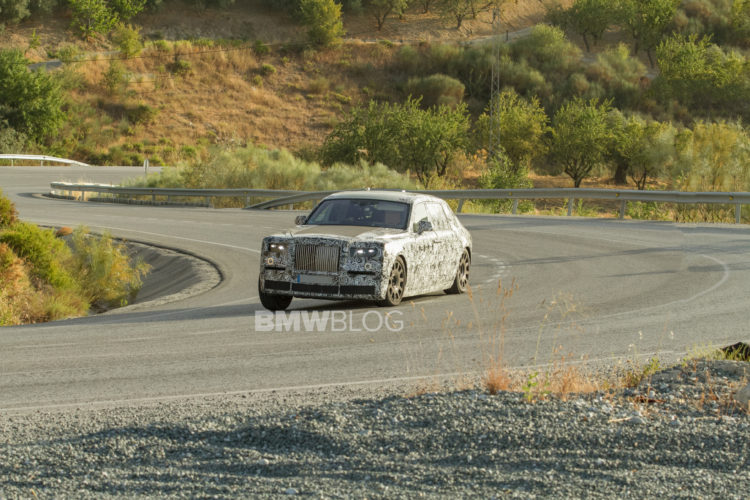 Since the underpinnings will be using a lot of aluminum, carbon fiber and magnesium, the car’s suspension and ride has to be thoroughly tested, in every imaginable condition on this planet. Therefore, we have a hunch we’ll see the Rolls being put through its paces in other environments as well.

The magic carpet ride will be one of its best selling points while luxury will remain at home inside. In terms of design though, don’t expect big changes. Creating a new Phantom is a challenging job already, offering it a brand new face is a terrible risk. Our guess is that the car will feature a more evolutionary look, that rests on the success of its predecessor while it also looks into the future.

A lot of new tech will be included with the possibility of laser headlights and organic LEDs to be offered on the new Rolls-Royce. Inside the cabin, a refreshed version of the iDrive will be offered along with digital displays that will replace the analogue instrument cluster altogether.