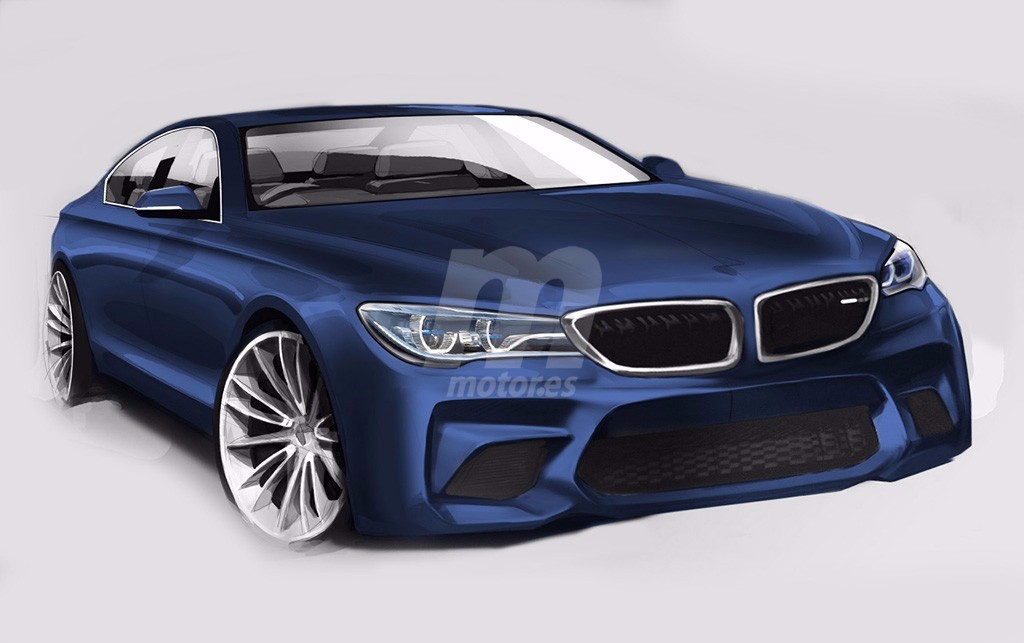 Thanks to new spy photos of the 2017 BMW M5, we now have an updated rendering showing the alleged front-end design of the next M5. The folks over at Motor.es have peeled off the camo wrap from the M5 test mules spotted in Spain and revealed design cues in line with the latest BMW M products. Specifically, with the BMW M2 Coupe. The front fascia sports the iconic kidney grille with the chrome outer edge meeting the end of the sleek headlights. On the lower part of the front-end, a set of large air intakes house similar aero blades as those on the M2 Coupe.

The new M5 is built under the codename F90 and over the last few months we have seen several prototypes testing on public roads and at the Nurburgring. Just like the G30 5 Series, the F90 M5 has received the harsh treatment of weight loss, thanks to the inclusion of exotic materials such as high strength steels or carbon fiber reinforced plastic (CFRP). 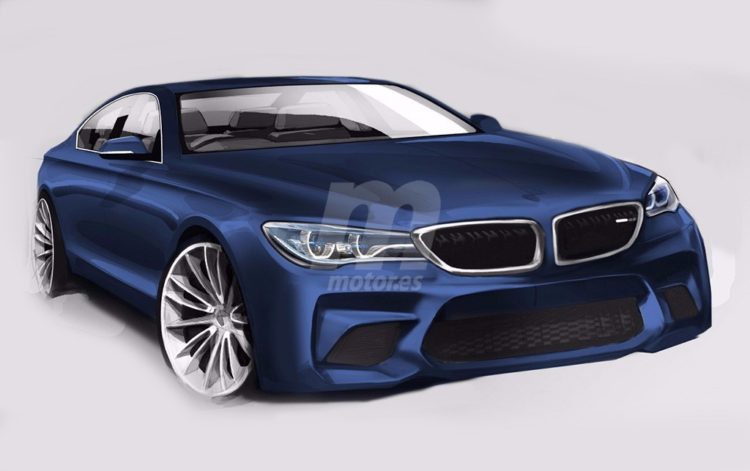 READ ALSO: The new BMW 5 Series to be unveiled at the Detroit Auto Show

The current M5 F10 was already close to two tons weight, so the weight savings in this new generation are crucial for the driving dynamics of the new M5. According to our sources, the weight scale will indicate around 100 kilograms less than the current F10 M5.

If everything goes as planned, the new 2017 BMW M5 will be powered by the same 4.4 liter V8 TwinTurbo used by the current M5. However, BMW engineers have worked hard to evolve and optimize the M engine. Therefore, the new F90 M5 will use the same base architecture of the current V8, but with a twist. The updated unit has been optimized to deliver maximum power at a wider rpm range, yet the power won’t exceed by much the 600 hp mark. Sources say a 620 hp figure is definitely achievable, but won’t confirm the final power output. Currently, the M5’s rivals are in the range of 550 to 605 hp.

ALL-WHEEL DRIVE FOR THE FIRST TIME