Last year BMW claimed that the new 7 Series will bring out a plethora of technology premieres for both the brand and the auto industry. When the luxury sedan finally arrived, it was filled with all sorts of wizardry, some of which was doomed immediately useless by the more caustic journalists out there. One of them was the new Remote Control Parking feature.

We were also wondering about the practicality in real-life of BMW’s futuristic parking feature. To top everything off, every single video we’ve seen showcasing this new function didn’t seem to make sense. It always felt as if something was off. 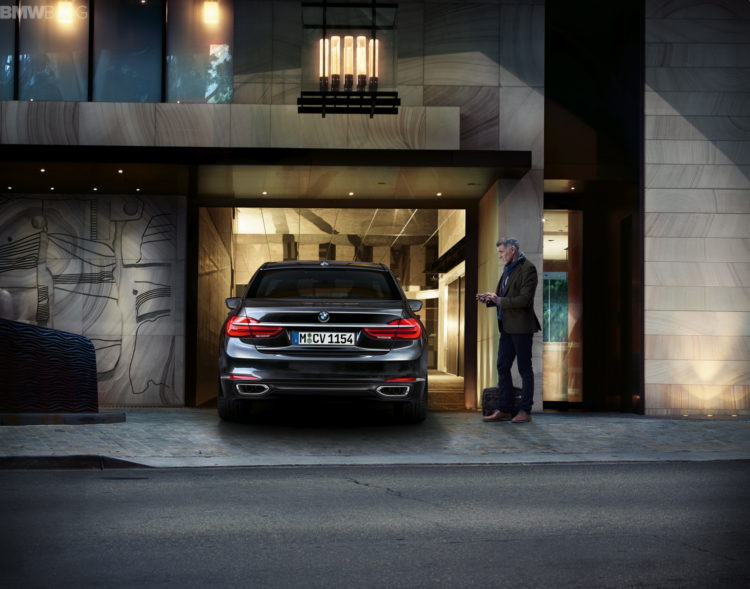 The first video we saw portrayed a rich man, trying to get his uber-expensive BMW flagship out of a tiny garage. Looking at the size of the house and the domain – yes, it was that big – in the vicinity of the garage that looked more like a shed, things didn’t really make sense. After all, if you can afford a mansion, you can probably afford a big-enough garage to fit two cars in it, allowing you to climb aboard without any sort of gimmicks, right?

Seeing as none of BMW’s own sanctioned videos didn’t make sense, we decided to test the system ourselves. Therefore, we picked up the phone and rang BMW, asking for a 7 Series fitted with this new feature.

Going in, we had our doubts about not only where we could actually use this feature but also how it was going to work. After a quick tutorial given to us by BMW, we set off to demo the system. To our surprise, we actually had to use the Remote Controlled Parking feature at one point, something we definitely didn’t see it coming.

The first thing we did was to take the 730d model to a crowded parking lot and record just how everything works. Having done that, using some closely parked cars, we set out to actually live with the car for a weekend, to see what kind of situations could arise out of the sudden, that would force us to use the Remote Control Parking feature. Just a few hours later and we found ourselves in one of those situations. Having parked the car in a lot while we were having diner, someone thought it would be a good idea to leave almost no room whatsoever for us to get inside the car. The driver’s side was blocked almost completely.

While some would’ve been absolutely mad to find themselves in such a situation, we were actually glad it happened, as we got to use our new ‘toy’ in an actual real-life situation. But that wasn’t the only scenario when we had to use the Remote Parking feature. Upon arriving home, our parking spot was flanked so tight by two other cars that the 7er almost barely fit between, giving us yet another chance to actually use the car key to park the huge BMW. 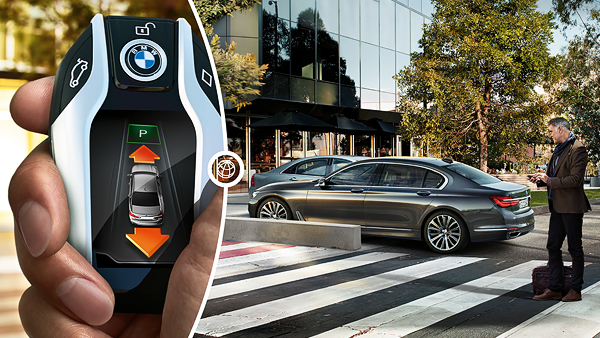 Overcrowded city centers are the norm today and parking garages around the world are getting narrower and narrower. The difference between Europe – where all of this happened – and the U.S. is growing, with North American roads and even parking spots being considerably bigger than anywhere else in the world. Since the 7 Series isn’t a small car at all, parking will always be a challenge.

As for the system itself, it worked quite well. In order to use the Remote Control Parking feature, you need to access it from the Display Key and then, and as a safety feature, it will only work if you keep pressing a button on the side of the key while the car is moving. Once the system is activated, the key will connect to the car and a message saying “Start Engine” will show up on the display. One thing that’s a little bit annoying is that you need to be really close to the car for this to work. And I mean really close, less than 2 meters away. Otherwise the vehicle will just stop in its tracks.

Other than that, the Remote Control Feature was created to be extremely safe. The parking sensors will detect anything in their immediate proximity and will stop the car on a dime if needed. Therefore, pedestrians will be safe while using it, as will other drivers in case you’re not paying attention.

Unfortunately, for now, the car can only park itself after you positioned it in front of the parking spot, as it can only drive forward or backward. On top of that, it can only cover 10 meters at most in either direction, so there are still a few quirks to work out but then again, how much more leeway would you need to park your car anyway?

Overall, it’s a good first try, one that saved us few times. Sure, the key’s touchscreen was frustrating at times but when it did work, it did so flawlessly, which means these few quirks will probably be solved as BMW starts receiving more feedback from its customers. Since Remote Parking is now legal in the U.S. as well, that shouldn’t take long.