In the land of unfair drag races between brethren, it doesn’t get a lot better than this. Apparently, the younger, smaller BMW M2 said or did something to annoy his brother, the BMW M4 with the end result of their family quarrel being shown to the world via the video attached below. To make things even worse, the BMW M4 in this footage was equipped with the Competition Package, to utterly spank the M2 senseless.

All jokes aside, the guys from Auto Bild probably wanted to see exactly how big the difference between the M2 and the M4 was in a straight line race. On paper, the M4 will beat the M2 every time, as the BMW engineers made sure of that while developing the baby M. However, the question is, how close are the two in real life. Only one way to find out!

The BMW M2 is the one you can have more fun with though, no matter how slow it may be in a straight line compared to its more powerful brother. That’s because the M4 will simply make you scared to try and tap all of the performance at hand. To be honest, that’s exactly what I felt when I first climbed behind the wheel of an M4. Admittedly, the weather was rather cold, the roads damp and I was on summer tires but even so, the torque and power sent to the rear wheels come with some sort of brutality that won’t let you feel comfortable. 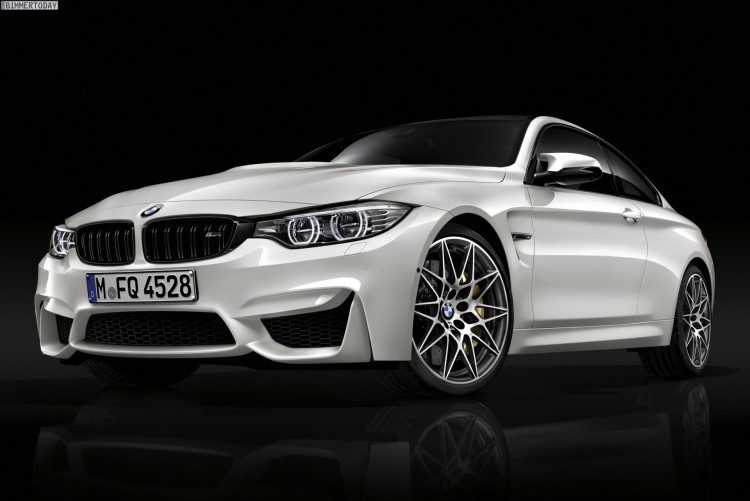 On the M2, things are a lot more toned down. There’s still plenty of power, but you feel a lot more confident that you can wield all of it to your own liking, without being afraid of ending up in a ditch. Furthermore, you don’t get all those confusing (for some) driving modes that can be a bit of a handful. None of that matters in a drag race though. Here, pure power is what counts and here’s how the two fair against each other.

The M2 uses an upgraded N55 engine with 370 HP and up to 500 Nm (369 lb-ft) of torque and can accelerate to 100 km/h (62 mph) in 4.3 or 4.5 seconds depending on the gearbox. On the other hand, the BMW M4 we have here is fitted with the Competition Package which means it has 450 HP coming from the S55 3-liter twin-turbo engine, a slight upgrade over the standard model. That won’t get you up to 100 km/h (62 mph) any faster though, the cars fitted with ZHP still being rated at 4.1 or 4.3 seconds depending on the transmission choice. So, is the price tag difference justified between these two? Let’s take a look.